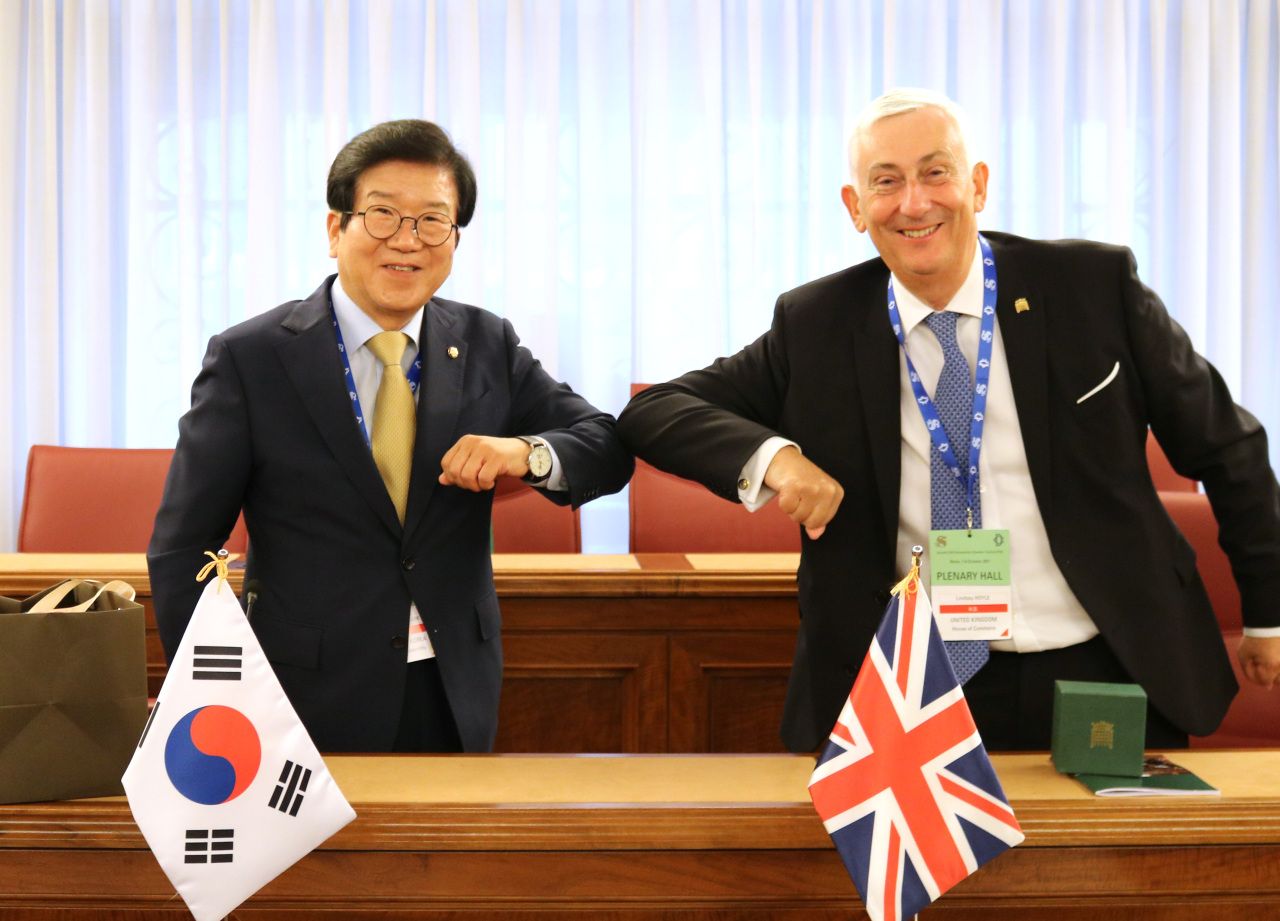 Assembly Speaker Park Byeong-seug appealed for support for the declaration of the end of the war on the Korean Peninsula in a bilateral meeting with the speakers of the UK’s two houses of Parliament.

Park made the request at a meeting with Speaker of the House of Commons Lindsay Hoyle and House of Lords Speaker John McFall at the 7th G20 National Assembly Speakers Meeting.

According to a news release from the Korean speaker’s office, Park told Hoyle, “South Korea is pushing for an ‘end-of-war declaration. The support of the British government will be helpful.”

The release quoted Hoyle as saying, “Peace and stability on the Korean Peninsula are important not only to Asia but also to the world. We always support Korea’s efforts.”

Park expressed his gratitude for the 1 million doses of Pfizer vaccines the UK sent to Korea through vaccine swaps in September, and sought advice on lifting COVID-19 prevention measures, after the UK removed most of its restrictions this summer.

Hoyle was quoted as saying that it was important to set a good date, and that the UK’s exit from restrictions would have been better if it had been done step-by-step.