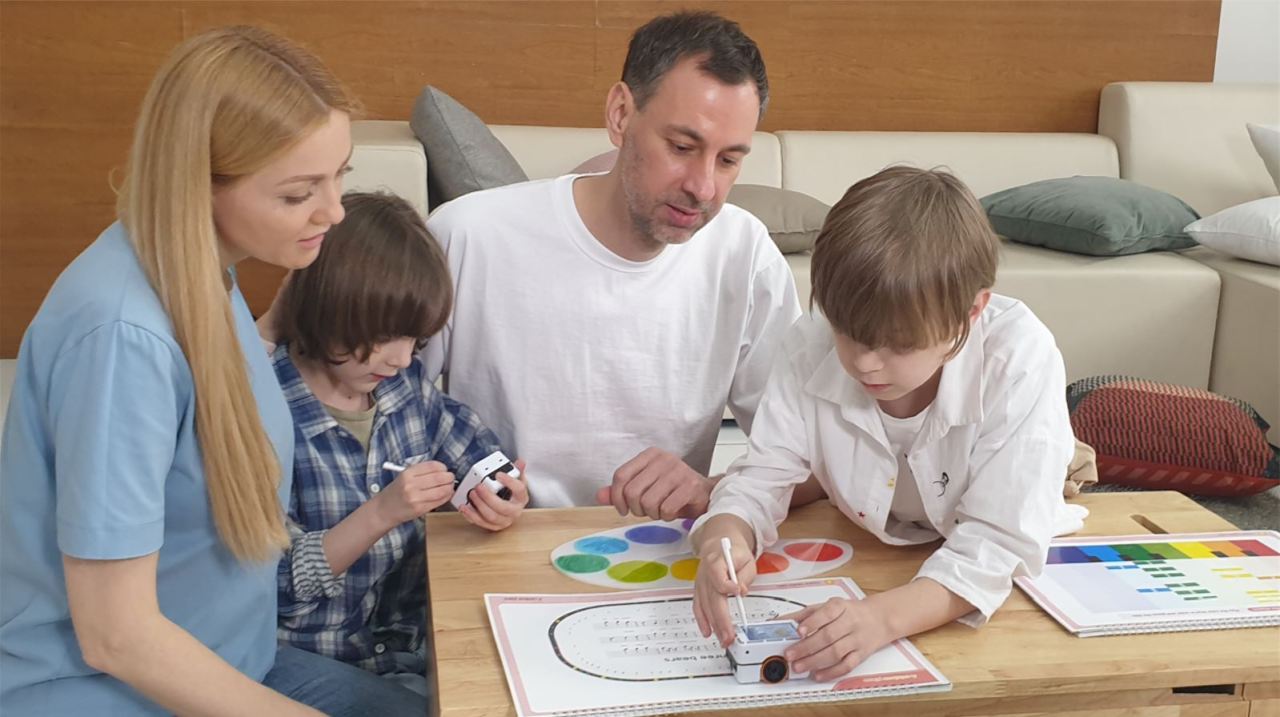 Children play with Vinu, a new type of coding robot (Alux)
South Korea has been implementing a set of educational policies aimed at helping students and teachers prepare for digital transformation in a wide array of fields.

The pandemic that started last year is accelerating the shift in the educational sector toward a digital paradigm, requiring schools and policymakers to rethink the way they teach students as well as what they should teach in a new era.

The Korean government, recognizing the sweeping changes sparked by the spread of COVID-19, is channeling more resources to the Digital New Deal project designed to reconfigure education infrastructure and provide digital education programs to the Korean public.

Local educational technology, or edtech, startups are keen to ride the government-led digital transformation boom. Under the Digital New Deal, coding was selected as a required subject for middle school students in 2018. Seventeen hours of software education per year was introduced for fifth and sixth graders in elementary schools in 2019. Related programs, especially those that mix robotics and coding classes, are on the rise.

The changes, coupled with the protracted pandemic, are offering a rare opportunity for edtech startups to distribute their latest products and services to schools around the world. 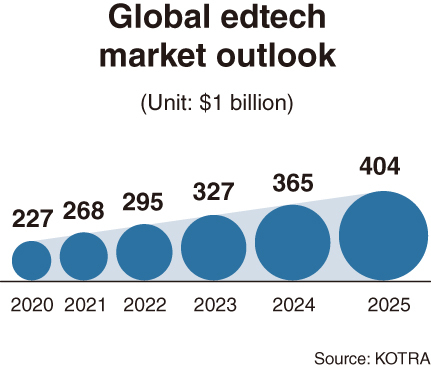 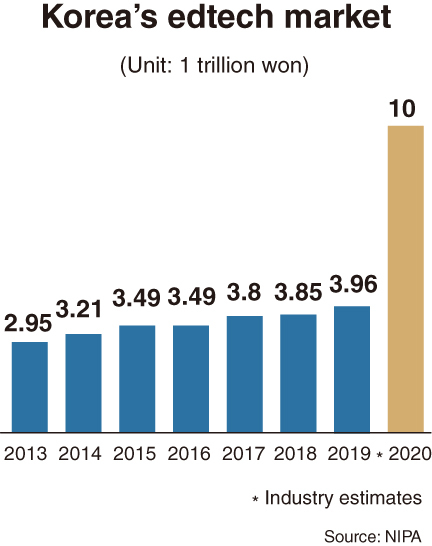 With the global edtech market forecast to reach $404 billion by 2025, the domestic market is also expected to follow a similar growth phase. The Korean edtech market, which was valued at 2.95 trillion won ($2.47 billion) in 2013, had been steadily growing to reach 3.96 trillion won in 2019. According to industry estimates, the local edtech market in 2020 staged a dramatic growth to top 10 trillion won, more than doubling from the previous year, thanks to a hectic rise in demand for contactless educational solutions touched off by the spread of COVID-19.

The expansion of the Korean edtech market is also a boon for both global and local robot developers. Currently, foreign players led by Lego Education, Ubtech Robotics and Ozobot are competing with Korean robot startups including Alux, Robotis, Luxrobo and Roborobo.

Lego Education boasts a global brand recognition for its block-based toys that can be transformed into highly intuitive education tools for students. Ubtech Robotics from China is widely regarded as a frontrunner in humanoid robotics. US-based Ozobot is providing desk-friendly coding robots grades K-12.

Industry sources estimate that Lego Education and Ozobot will post 60 billion won and 40 billion won in revenue, respectively, this year. The combined share of the two companies is expected to hit as high as 50 percent in Korea.

Korean startups are ramping up marketing and rolling out new products to outsmart global counterparts in the domestic market. Alux, a major Korean edtech startup, is offering coding robots based on its proprietary technology to some 2,000 schools. Alux expects its robot-based coding solutions to gain momentum as it is combined with other cutting-edge solutions such as artificial intelligence.

Robotis, which was listed on the tech-heavy Kosdaq market in 2018, is providing a range of robot kits and introducing new types of user-friendly robots based on artificial intelligence-based software. The company is also expanding into industrial sectors with its newly developed autopilot-enabled service robots for delivery service.

Luxrobo is pushing its coding education kit named MODI that puts together coding education content and a related app. Last month, the company signed an export deal worth $2.2 million with a Chinese partner company. Under the contract, Luxrobo would provide its Modi to the Chinese education market, where 250 million students are forecast to take coding programs in the next 10 years.

One of major domestic players is Roborobo, a Kosdaq-listed firm, which develops robot-based education software, curriculum and related materials for public schools, private institutions and after schools.

There is no doubt that the edtech industry in general is a promising growth sector, especially both students and teachers have been exposed to a variety of online software and contactless programs due partly to the pandemic. The question, however, is how fast Korean startups will be able to expand their business and how long they will maintain a growth momentum, as the wider rollouts of vaccines mean the unusual boom period is drawing to a close as people get back to normal lifestyle and schools resume offline classes.