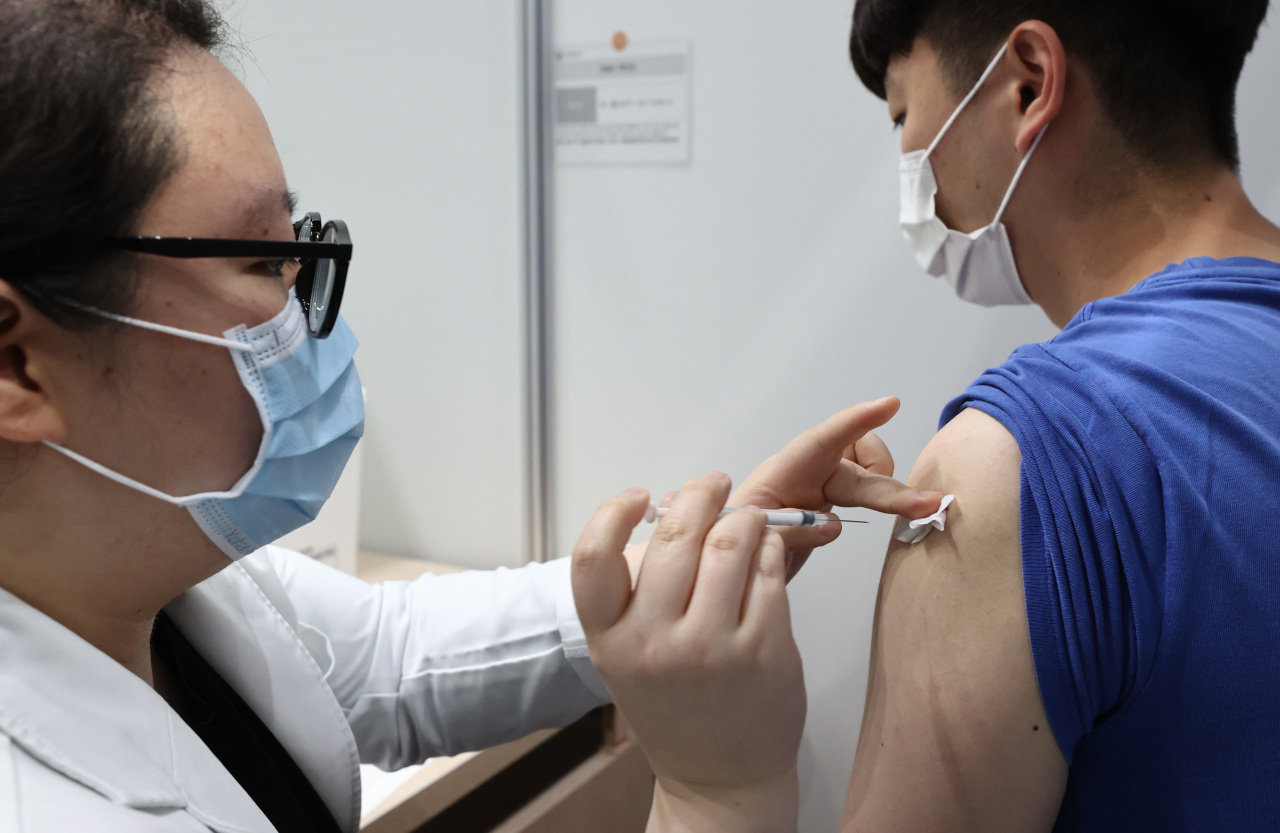 As of Tuesday at midnight, the number of new cases had increased by 2,028 in 24 hours, bringing the cumulative total of COVID-19 cases in Korea to 323,379. (Yonhap)
The daily number of confirmed COVID-19 cases again topped 2,000 after three days below that mark, officials said Wednesday, with breakthrough infections accounting for more than 20 percent of the total. Breakthrough infections refer to cases in fully vaccinated individuals.

Senior health official Lee Seung-woo said Wednesday, “Now we are getting closer to the vaccination goal of completing 90 percent of the elderly aged 60 or older and 80 percent of adults aged 18 or older, which is needed to return to normalcy step by step.”

He added that it was still too early to conclude that the quarantine situation would stabilize even with a high inoculation rate.

Lee said the number of confirmed cases in students had steadily increased since schools opened Sept. 6. In response, on Tuesday the authorities began offering vaccination appointments for students aged 16 and 17.

The government plans to increase the vaccination rate for foreigners, which is now about 31 percent. Lee called on local governments where many foreigners reside to operate one-stop vaccination centers for unregistered foreigners.

The government is negotiating with pharmaceutical companies to secure drugs to treat COVID-19. “However, even if a treatment is available, vaccines must be received to prevent infection,” he said.

As infections continue to rise in the wake of the Chuseok holiday, the Korea Disease Control and Prevention Agency predicted that if this fourth wave of the pandemic worsens, the daily case count could reach 5,000 by late November.

According to data submitted by the agency to Rep. Baek Jong-heon of the People Power Party, based on a mathematical model taking into account current infection rates, transmission rates, fatality rates and vaccination rates, things could get worse and cases could soar.

The authorities predicted 3,400 to 4,300 daily confirmed cases around late October and 3,300 to 4,900 in November if the fourth wave continues. If the pandemic goes unchecked, they say, case numbers could soar to 5,000 in October and beyond that level in November. The predictions were made as of Sept. 30.

He mentioned 2,014 cases where he said vaccine overdoses or other problems had resulted from government negligence. But there was no compensation for damages in those cases.

Also, where an adverse event occurred after a vaccination, the government recognized that the vaccine had caused it in 53.4 percent of all cases but only in 0.3 percent of cases where the person died.

“To make ‘With Corona’ a part of our lives, public distrust should be addressed and follow-up measures must be preemptive,” he said.