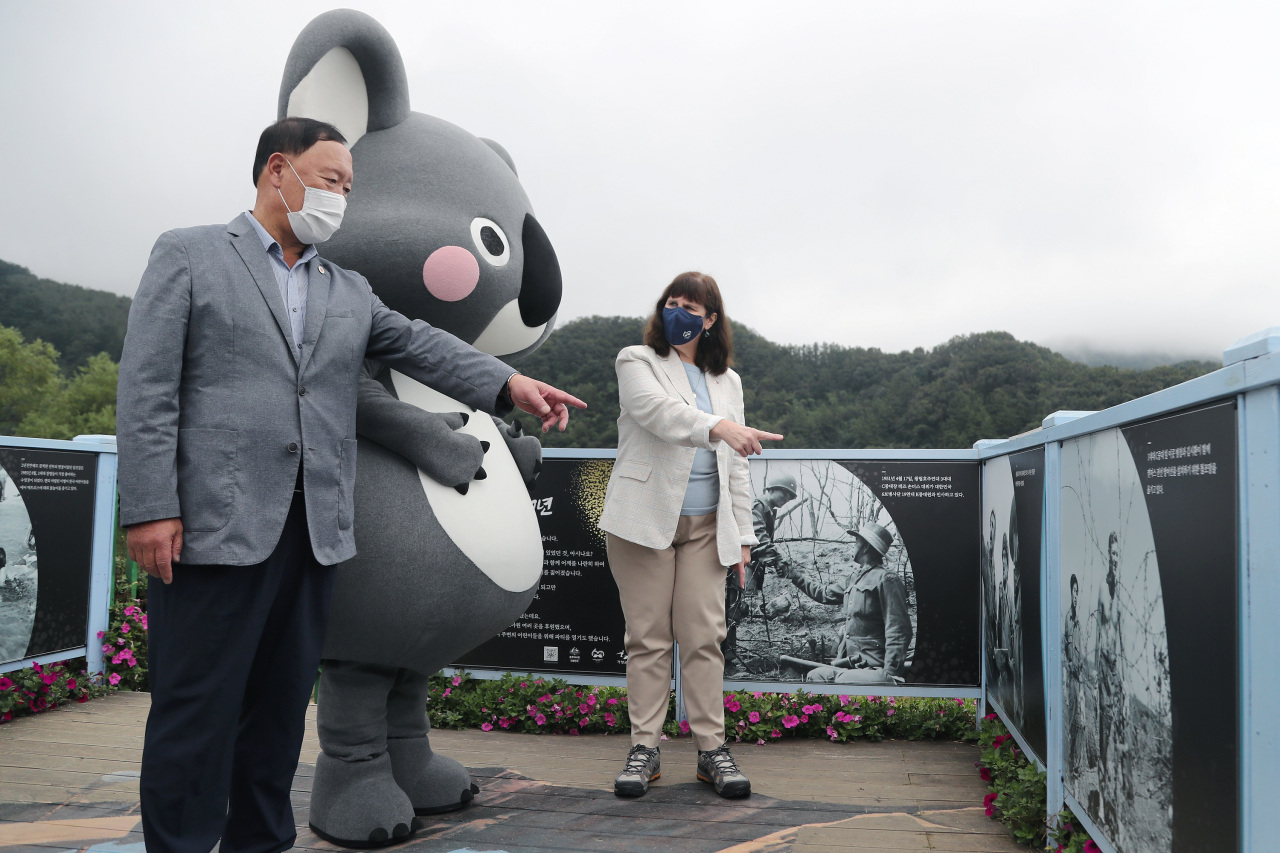 The creation of the garden on Thursday is in line with the opening of the Jaraseom Namdo flower garden, which has become a popular tourist attraction in Gapyeong.

The Jaraseom Namdo flower became an attraction to experience the essence of autumn flowers for a month from Sept. 25 to Oct. 24.

The newly created Australian garden is located at the southern tip of the small island of Jaraseom, consisting of flowers such as pansies, saffinia and lupinus planted in an area of about 1,000 square meters.

The Australian Embassy partnered with Gapyeong to install an “I Love Hoju” structure and photo displays of the Australian forces interactions with the Korean Augmentation to the Commonwealth Division and children during the Korean War -- in commemoration of the 60th anniversary of diplomatic relations between Australia and Korea and the 70th anniversary of the Battle of Gapyeong. “Hoju” refers to the Korean word for Australia.

Kim said Australian veterans risked their lives in Gapyeong to protect freedom and peace 70 years ago.

“Contribution, alliance and friendship between Korea and Australia cannot be forgotten and the special relationship forged through the Battle of Gapyeong will be persistent,” he said.

Australian Ambassador Raper expressed her delight in commemorating their diplomatic relations and the Battle of Gapyeong this year.

“The important relationship and history of Australia and Korea will become known through the heart-warming bond that Australian troops shared with Korean Augmentation Troops to Commonwealth Division and the Korean children,” Raper expressed.