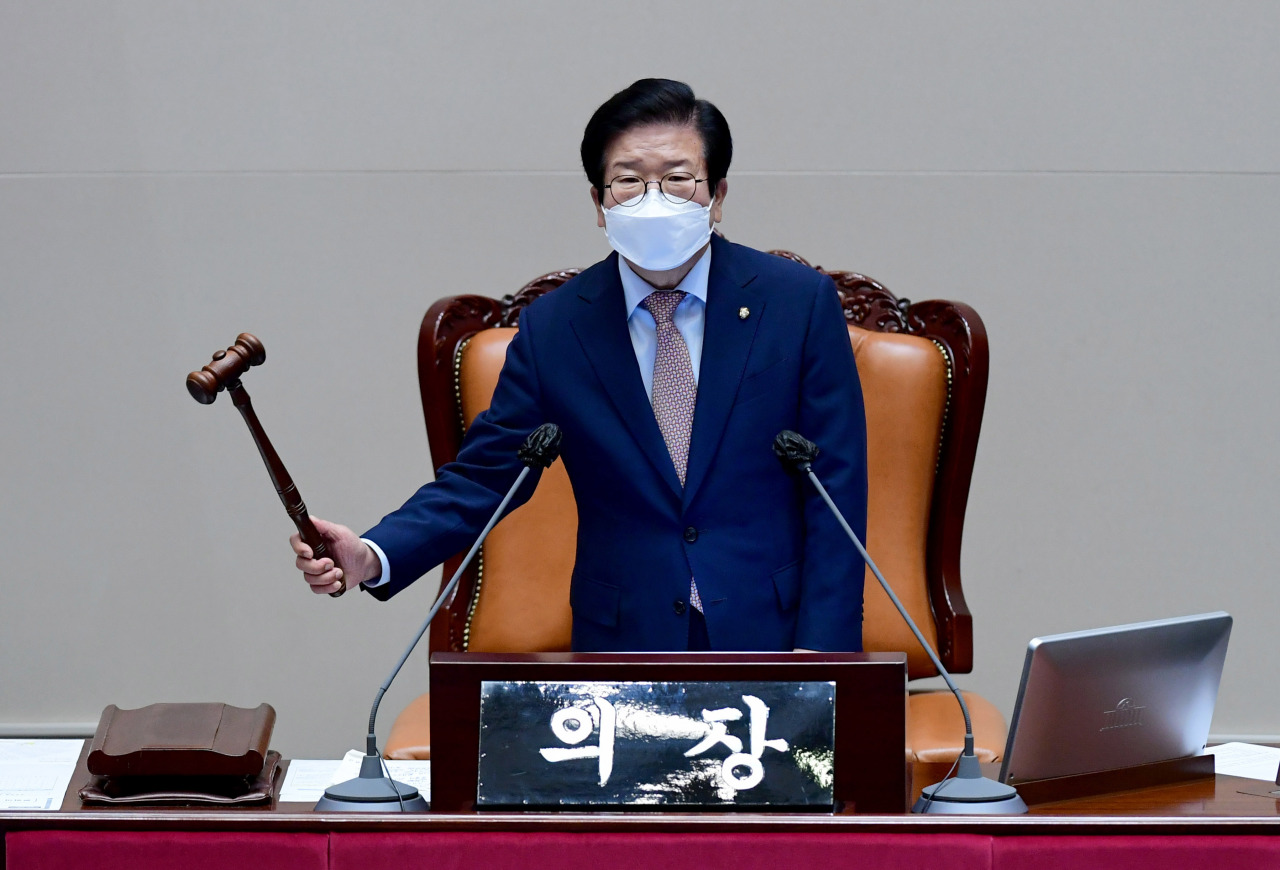 The Assembly speaker will depart on Tuesday for Italy to participate in the seventh G-20 Parliamentary Speakers’ Summit slated from Thursday to Friday in Rome, according to Park’s office.

Under the motto of “Parliaments for the People, the Planet and Prosperity,” the G-20 parliamentary leaders will discuss their joint responses to some of the most pressing issues on the global agenda, including overcoming the pandemic and ensuring sustainable development.

Korea’s Assembly speaker will also attend the Pre-COP 26 Summit in Rome on Friday, which is taking place ahead of the General Assembly of the United Nations Climate Change Conference scheduled to be held in the UK from Oct. 31 through Nov. 12.

Park will share information on climate change and ideas on practical plans for carrying out the Paris Agreement and the Convention on Climate Change with parliamentary leaders of the member states, his office said.

On the sidelines of the summits in Rome, Park is expected to hold a series of bilateral talks with parliamentary leaders of other countries.

After wrapping up the trip to Italy, Park will head to Egypt on Saturday upon invitation from the Egyptian government. It will mark the first visit to Egypt by the Assembly speaker in 12 years.

“High-level exchanges between Korea and Egypt are expected to receive a boost following Speaker Park’s visit,” his office said.

Starting Monday, Park will hold talks with national leaders of Egypt to discuss ideas on the enhancement of economic and national defense collaboration between the two countries.

According to his office, there are active discussions in progress between the two nations including on the modernization of the Luxor-High Dam railway and the K-9 package export project.

As Egypt maintains ties with both South and North Korea, Park will be asking for continued support for the peace process on the Korean Peninsula pursued by the Moon administration.

Park will be accompanied by a delegation consisting of Rep. Yoo Ki-hong of the Democratic Party and Rep. Choi Chun-sik of the People Power Party.