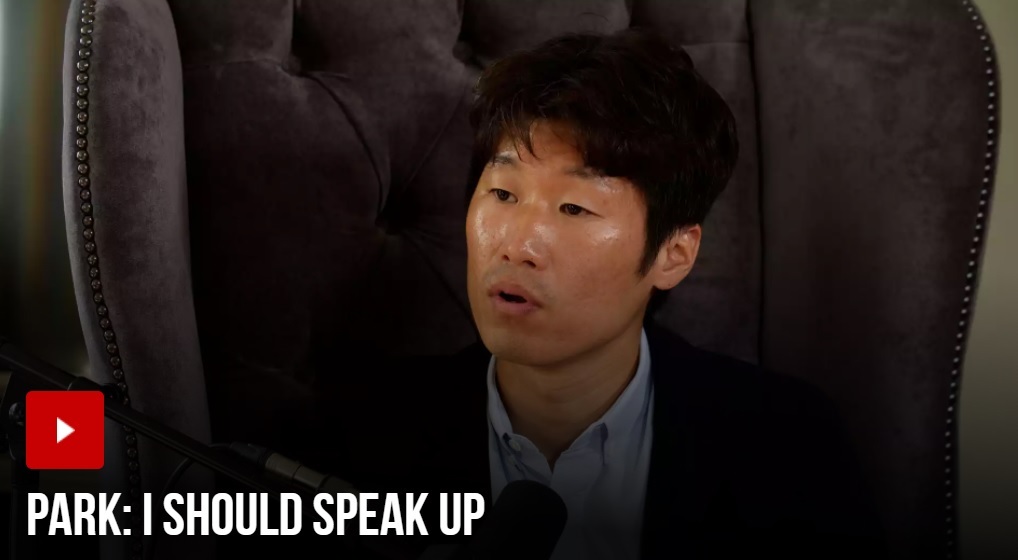 Park recalled hearing his song, which includes a disparaging joke about Koreans eating dog meat, and shared his mixed feelings.

“Having a fan chant is meaningful for the player. This is something that I am very proud of. But when I heard the lyrics, I was uncomfortable,” said Park, who joined Manchester United in 2005 and played in more than 200 games until his departure in 2012.

“Though I questioned myself if this (song with a negative stereotype) was allowed, I felt that I have to adapt to the new environment, because I was young and did not understand the English culture. I thought this was one of the things that I have to accept,” the United legend said in the interview conducted in English.

Nicknamed “Three Lungs” because of his furious pace and exciting performance on the field, Park became an important player for Alex Ferguson during one of the greatest periods in Manchester United’s history.

Park paved the way for other Korean soccer stars who would follow him in joining professional leagues in Europe, including current Tottenham Hotspur superstar Son Heung-min.

Park believed that the supporters would create a song to cheer on the players, not to offend them with bad intentions.

However, the retired midfielder found the need to speak out about the matter after hearing United fans sing his song in August when the Wolverhampton Wanderers unveiled their new player Hwang Hee-chan. Hwang scored two goals against Newcastle United on Saturday.

“I thought I needed to do something. The player might have been uncomfortable with the word (dog meat) just like I did, when I was playing for the United 15 years ago,” Park said.

“In Korea, things have changed a lot. It is true that historically we have eaten dog meat, but this culture does not survive in Korea anymore. The younger generation particularly show their hatred against the dog-eating culture. The fan chant will be perceived as a racial insult to the Korean people,” Park said.

Expressing his pride about being Korean, Park asked fans to look beyond stereotypes and enjoy different sides of the country’s culture, including K-pop, Korean content on Netflix and advanced technology. 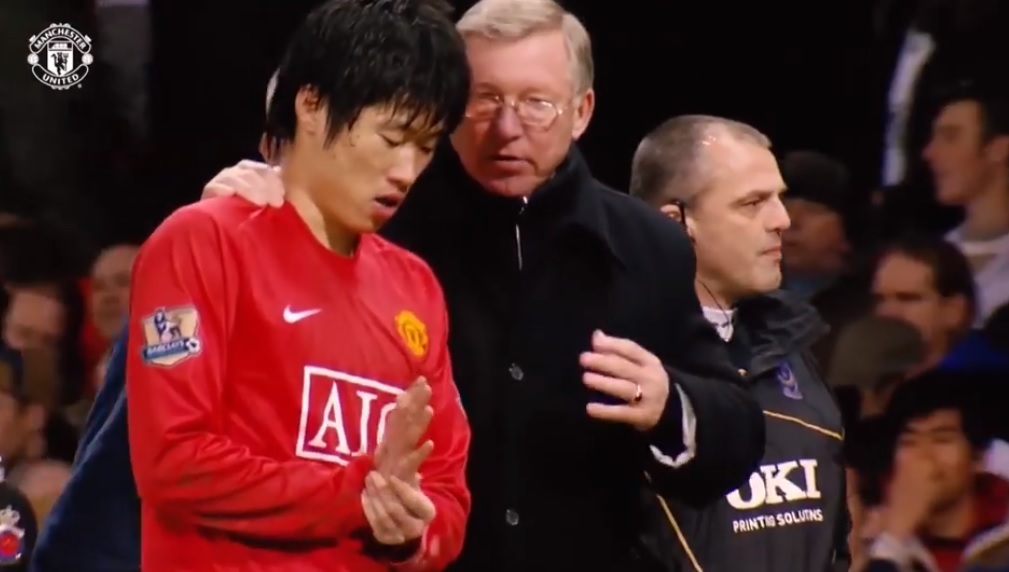 Park Ji-sung spent one of the greatest periods in Manchester United’s history with Alex Ferguson. (Manchester United)
The retired player believes that the song no longer cheers players on; rather it creates discomfort.

“Listening to the chant, I feel responsible for the young players who are still experiencing racial discrimination as Koreans. The young players cannot imagine why the fans use these words and phrases, because they are from a completely different generation who don’t even know much about the dog-eating culture in Korea,” Park said.

“This is the reason why now is the appropriate time to stop the song,” Park said.

The South Korean soccer legend, who represented the country at three consecutive FIFA World Cups starting in 2002, spent seven seasons with Manchester United between 2005 to 2012, appearing in 205 games, scoring 27 goals and winning the Champions League in 2008.