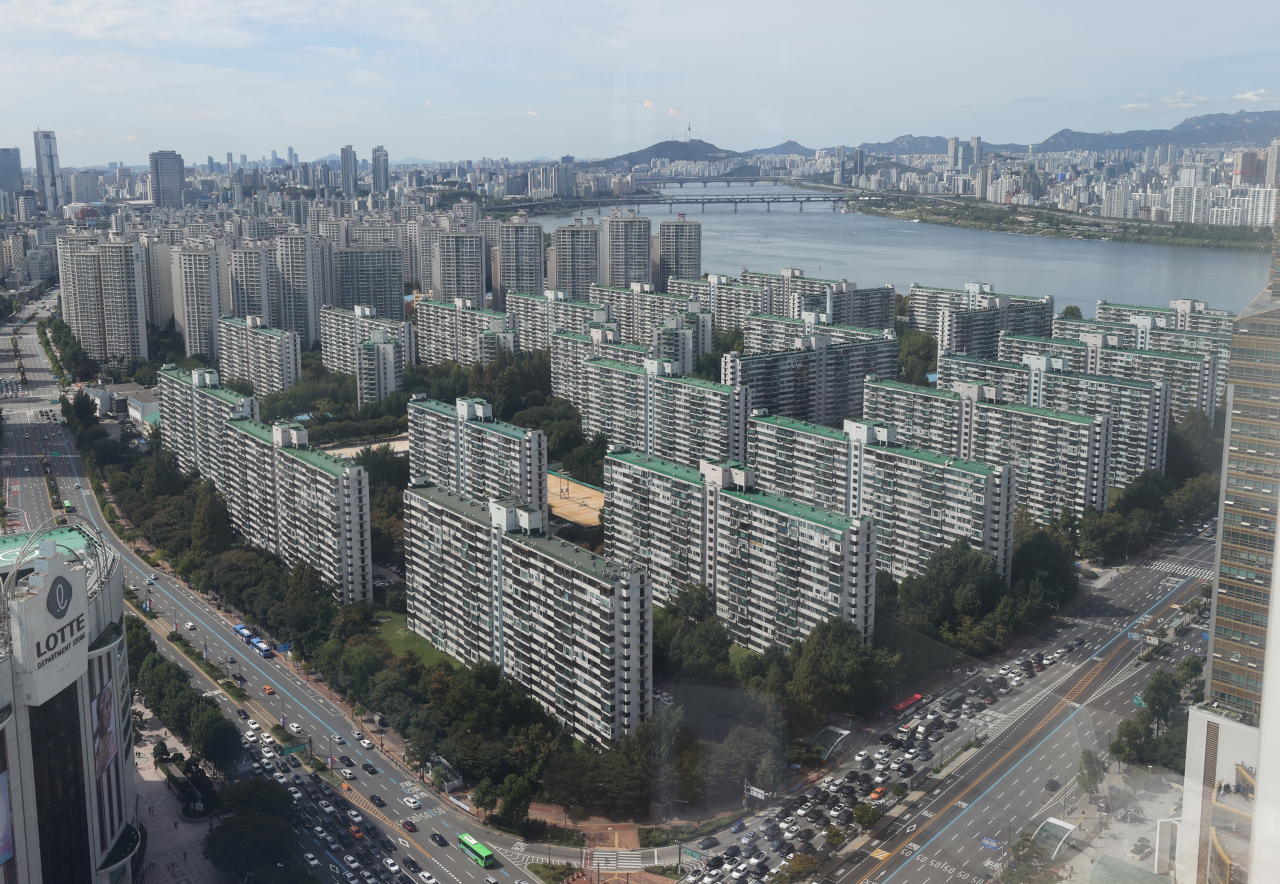 Aerial view of an apartment complex in Seoul (Yonhap)
A growing number of young South Koreans under 10 years old have purchased apartments across the nation with financial support from their parents, a lawmaker said Monday, raising concerns over inheritance for real estate speculation.

The number of apartment purchases by the elementary-school kids and younger came in at 552 from September 2017 to last month, which amounted to 104.7 billion won ($88.2 million), according to data from the Ministry of Land, Infrastructure and Transport submitted to Rep. Kim Hoi-jae of the ruling Democratic Party of Korea.

The young homeowners’ parents appeared to have granted financial assets to their children to buy the apartments as part of a “gap investment” strategy, Kim said.

The housebuying method involves purchasing houses with “jeonse” tenants, who rent houses by paying only a lump-sum deposit. With the tenant’s deposit, a gap investor can buy a home with a modest down payment consisting only of the difference between the price of the home and the amount of the deposit.

By age, 8-year-old children bought apartments worth 18.2 billion won, while those aged 9 and 7 purchased 18.19 billion won and 12.8 billion won, respectively.