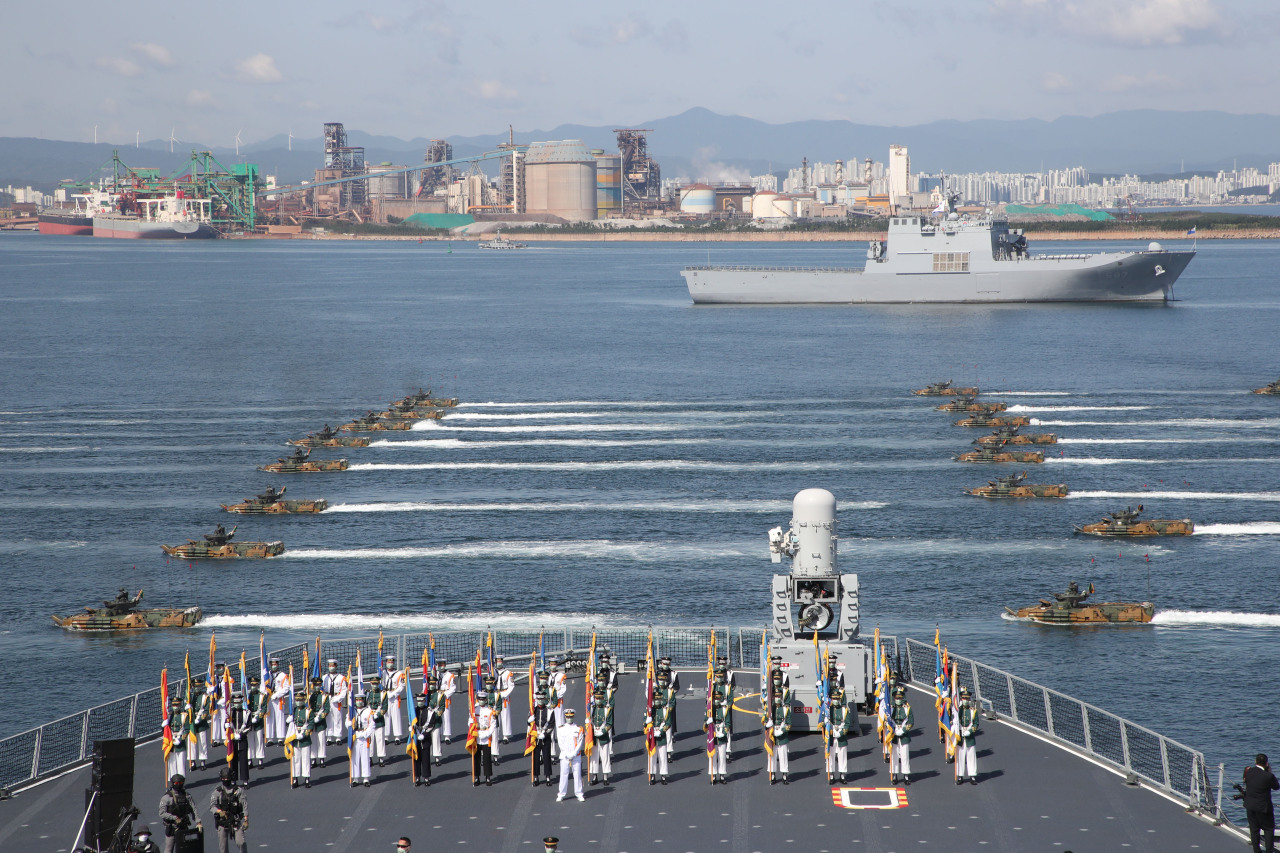 Amid the rising tension between the two Koreas due to NK’s hypersonic missile test earlier this week, the Defense Ministry held the 73rd Armed Forces Day Ceremony on Friday in Pohang, North Gyeongsang Province. Pohang was the location where the United Nations forces made their first landing operation during the Korean War. 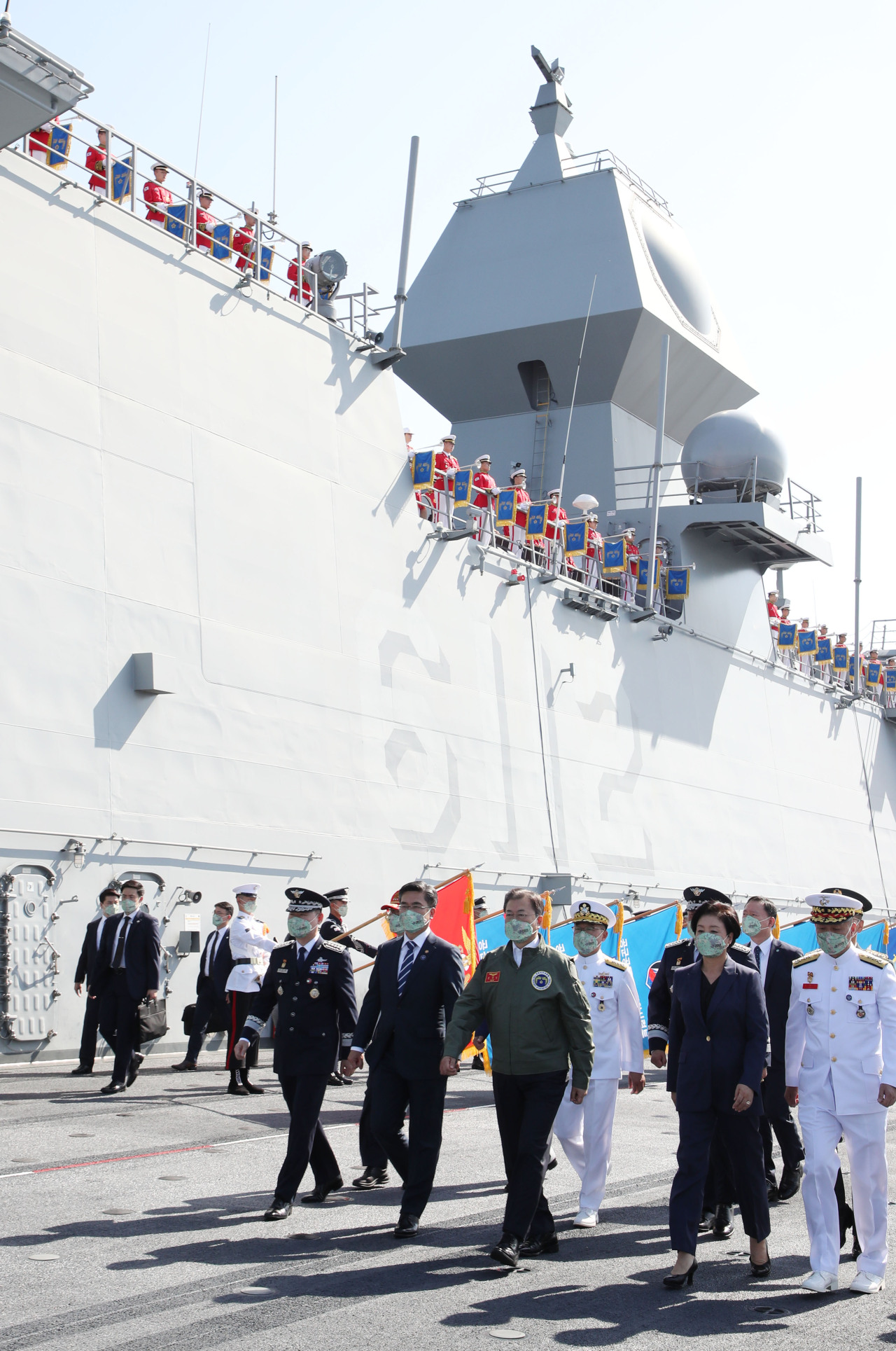 The photo above shows President Moon Jae-in on board the Marado, a high-tech landing platform helicopter ship. In his speech, President Moon emphasized the significance of the US-Korea alliance and showed gratitude toward the Korean and UN forces that participated in the Korean War. 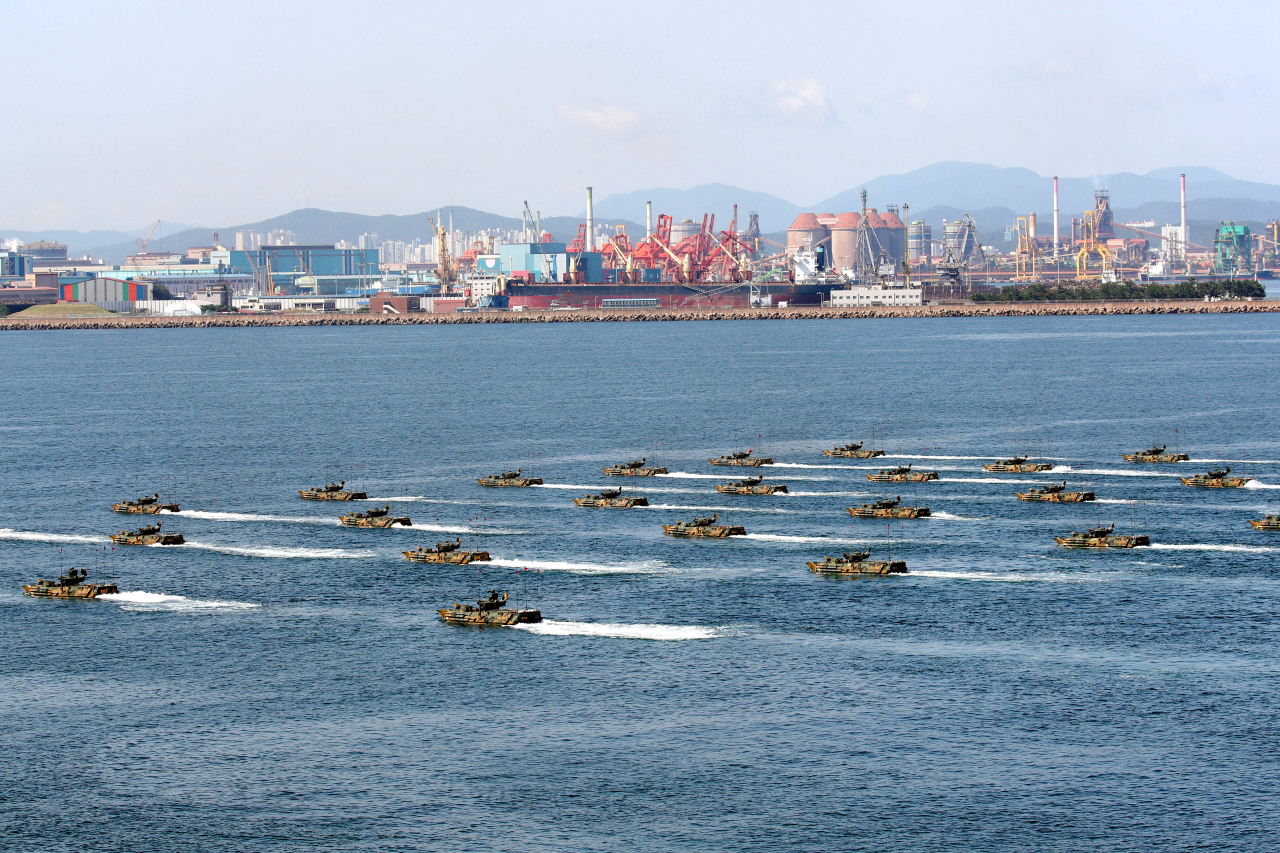 Under the theme of “The Korean Army for the People,” the navy and the air forces practiced joint land operations in front of President Moon and the defense minister. 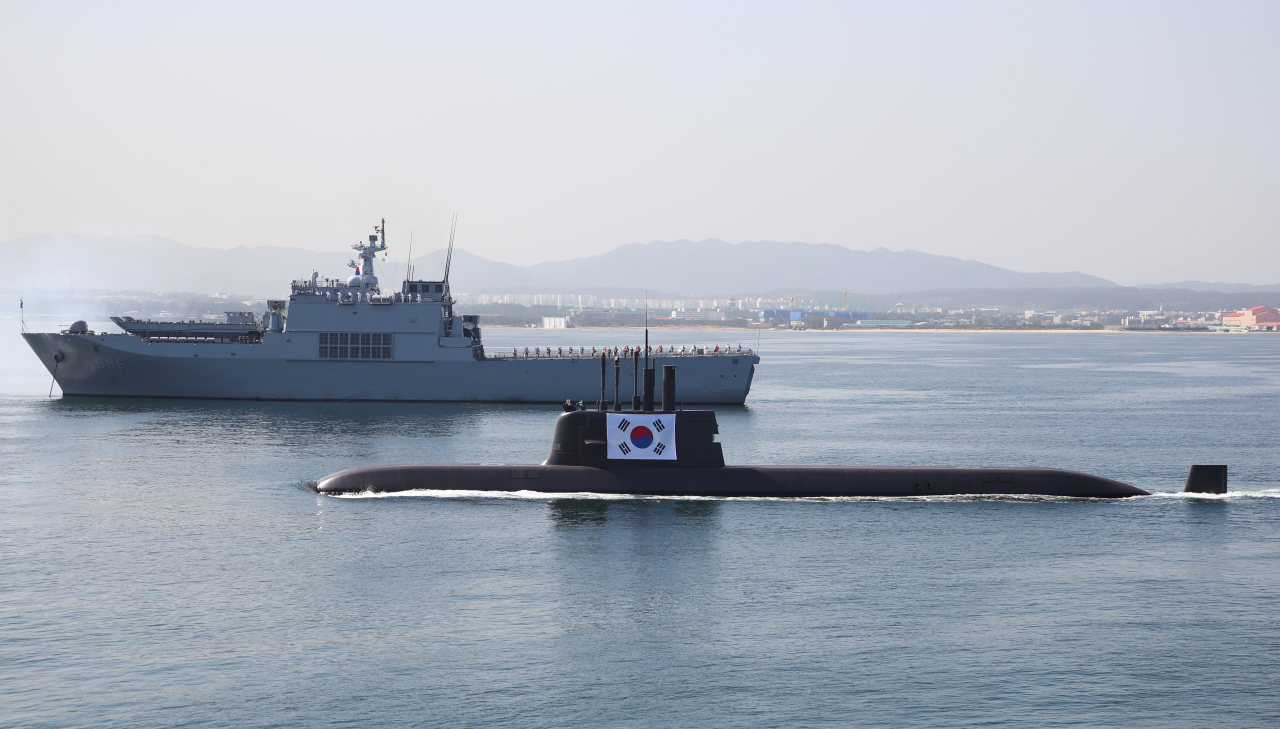 The photo above shows the Korean first homegrown submarine,the Dosan Ahn Chang-ho, navigating through the sea.