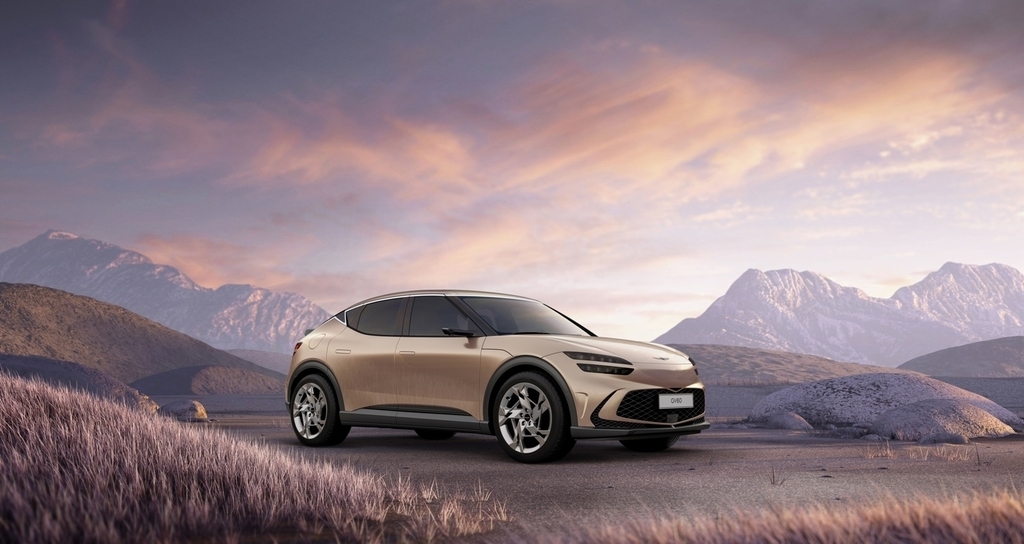 The coupe-style crossover SUV is fitted with a 77.4 kilowatt-hour battery and can travel up to 451 kilometers on a single charge, the automaker said in a statement.

The GV60 is the automaker’s second EV following the electrified G80 sedan. But it is the first Genesis model to be built on Hyundai’s Electric Global Modular Platform, or E-GMP, which is also used in the Hyundai Ioniq 5 and its affiliate Kia’s EV6 sedan.

Genesis will start receiving orders for the GV60 on Oct. 6.

Genesis held an online world premiere for the GV60 on Thursday, ahead of its local market launch later this year, and did not mention the schedule for overseas sales.

“GV60 will set a new standard for luxury electric vehicles with a powerful driving performance and various key features based on interactions with customers,” said Jay Chang, global head of the Genesis brand.

Genesis introduced a “face connect” feature for the first time in the GV60, which allows the vehicle to recognize the driver’s face to lock or unlock its doors without a key.

The new model also comes with a fingerprint authentication system that enables the driver to start and drive the car without a key and can also be used for in-car payments.

An upgraded digital car key system allows the driver to unlock and lock the car door with his or her smartphone alone.

An expanded wireless software update system will allow drivers to update their vehicles’ software without visiting a service center, the company said.

Inside the GV60, a “crystal sphere” rotates and displays the “shift-by-wire” automatic transmission that is electronically controlled. When the car is turned off, the crystal sphere acts as a mood light.

When charging at 350 kW with the ultraspeed charging function, the battery can be charged from 10 percent to 80 percent in just 18 minutes, according to Genesis.

Genesis said early this month that it will launch only hydrogen fuel cell or battery-powered vehicles from 2025, build a lineup of eight hydrogen and battery models by 2030 and targets annual global sales of 400,000 units.