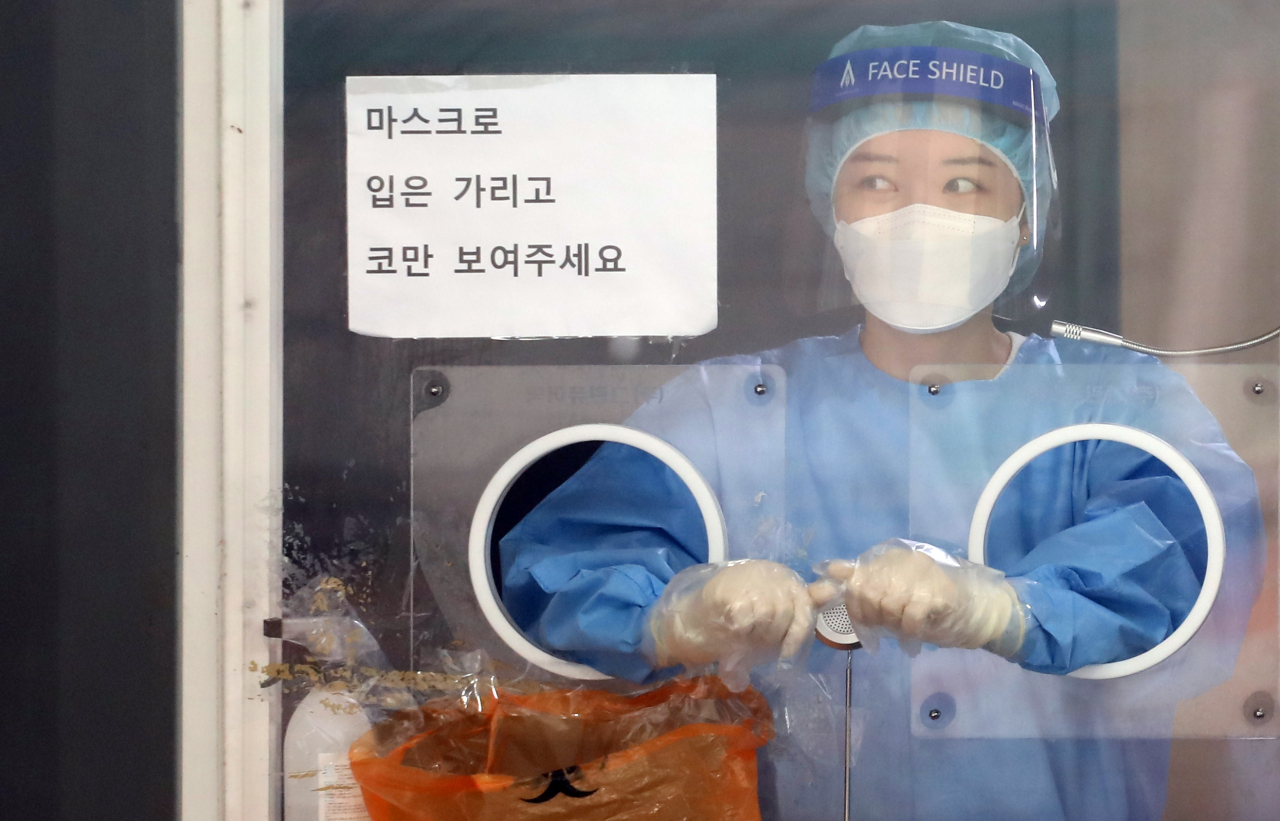 As of Tuesday midnight, the number of new confirmed cases had increased by 2,885, resulting in a cumulative 308,725 people. (Yonhap)

As infections continue to soar among those unvaccinated or partially vaccinated, the South Korean government is reviewing a “vaccine pass” that benefits only vaccinated people in accessing multiuse facilities.

Health and Welfare Minister Kwon Deok-cheol hinted Tuesday at the possibility of introducing such a system in Korea.

“We are considering ways to ease distancing rules for private gatherings and multiuse facilities centering on those who have been vaccinated,” Kwon said.

A vaccine pass would allow those who have been fully vaccinated to visit multiuse facilities, entertainment facilities or movie theaters when they present their certification.

In Germany, a vaccine pass is necessary to attend indoor events and visit hospitals. In France, the pass allows entry to theaters and stadiums.

Quarantine authorities are also reviewing whether to expand the scope of vaccine pass benefits beyond vaccinated people.

Senior Health Ministry official Son Young-rae said in a briefing Wednesday, “Various cases of vaccine passes in foreign countries that we are currently looking at are not only for those who have been vaccinated.”

He added, “For unvaccinated people, there are many countries that recognize the effectiveness of PCR negative confirmation for as little as 24 hours and as long as 48 hours or 72 hours.”

Son said the most important purpose of the vaccine pass is to block the epidemic centered on unvaccinated people with such a high rate of severity or fatality of transmission.

“If Korea introduces vaccine passes, it is highly likely that unvaccinated people will be restricted from entering multiuse facilities or events unless they have PCR negative verification.”

When it is introduced, 5.73 million unvaccinated people would become virtually restricted from using such facilities.

According to government data, 93 percent of the 108,646 confirmed patients over the last two months were unvaccinated or partially vaccinated.

Of the 2,292 severely ill patients, only 4.4 percent had completed vaccination. More than 80 percent of deaths were also found to be patients who did not complete the vaccination.

In the wake of the Chuseok holiday this month, the daily number of new COVID-19 confirmed cases continues to exceed 2,000. Concerns rise further as the more contagious delta variant is now clearly the dominant strain and two holidays -- National Foundation Day and Hangeul Day -- are coming early next month.

As of Tuesday midnight, the number of new confirmed cases had increased by 2,885, resulting in a cumulative 308,725 people. This was 596 more than the previous day, and the second-largest figure after 3,271 on Saturday.

Among them, 2,859 cases were locally transmitted. The number of confirmed patients in Greater Seoul -- including Gyeonggi Province and Incheon -- which had decreased to about 1,600 on Monday and Tuesday, soared to 2,190 in just three days.

With the government scheduled to announce a new social distancing plan to be applied from Oct. 4, the government is unlikely to lower distancing measures given the current extent of the spread. Experts say it is likely the current Level 4 in and around Seoul and Level 3 in other regions will be extended.

The government has suggested the end of October to early November as a time for the phased recovery of daily life and the transition of the quarantine system to “living with coronavirus.”

Regarding the timing, Minister Kwon said Tuesday, “At the end of October, when the vaccination rate reaches over 90 percent of the elderly and 80 percent of adults, it seems like a transitional time.”

“Considering the two weeks of immunization after the vaccination at the end of October, it will be around early November.”

The remarks come in the same vein as Jeong Eun-Kyeong, commissioner of the Korea Disease Control and Prevention Agency, who said, “We are considering the application of ‘living with coronavirus’ from the end of October,” at the National Assembly earlier this month.