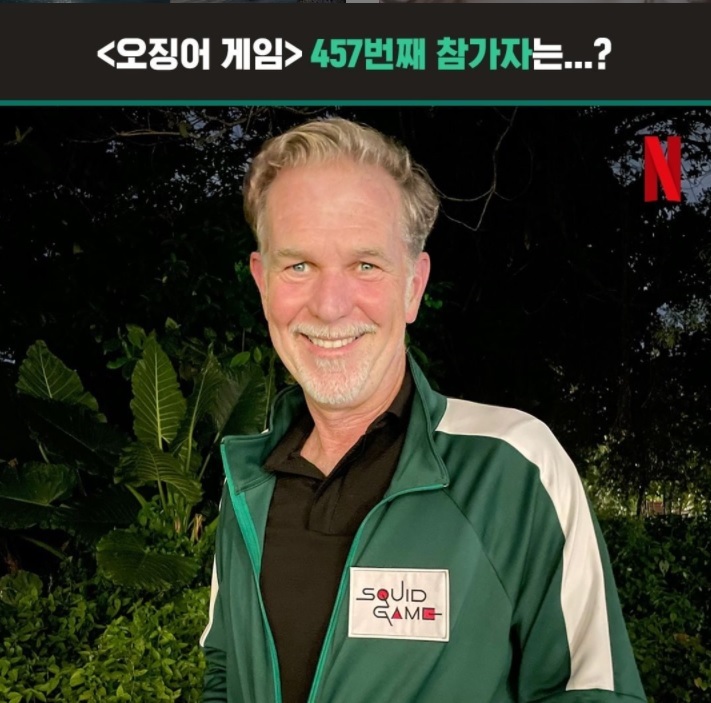 Netflix co-CEO Reed Hastings wears a green track suit to become the 457th contestant of “Squid Game” (Netflix)
The worldwide excitement over Netflix’s “Squid Game” is not likely to cease any time soon as even the small details of the nine-part series are fanatically enjoyed by the global audience.

The mystery sci-fi thriller has reached the top spot in countries in the Middle East and Southeast Asia, including Oman, the United Arab Emirates, Kuwait, Vietnam, Singapore and Thailand, according to the US-based streaming analytics firm FlixPatrol.

The popularity of “Squid Game” gained additional momentum when the show became a first Korean series to reach the No. 1 slot on Netflix US. The survival game continued to mesmerize audiences in South America and Europe as well, topping the global Netflix chart.

Netflix co-CEO Ted Sarnados said Monday at the 2021 Code Conference in Beverly Hills that “Squid Game” could be the company’s biggest show ever.

“The show is already attracting a far larger audience than the French-language crime drama ‘Lupin,’ the first non-English-language show to become the top program on the site. When we see the progress of ‘Squid Game,’ this show is bigger,” a Netflix press statement quoted Ted Sarandos as saying.

The show’s childhood games may have evoked nostalgia among many South Korean viewers, but global audiences seem to be addicted to other details of the show.

The games, once enjoyed by Korean children in the 1970s and the 1980s, lured a lot of young viewers, who have gone on to make various parodies and memes with the show’s first game, red light, green light.

Items from the drama caught the attention of viewers around the world, resulting in aluminum lunchboxes and dalgona-making kits being sold on eBay. Dalgona, referring to a crisp, sweet Korean traditional street food, is enjoyed by many TikTok users who are sharing their dalgona-making experience. 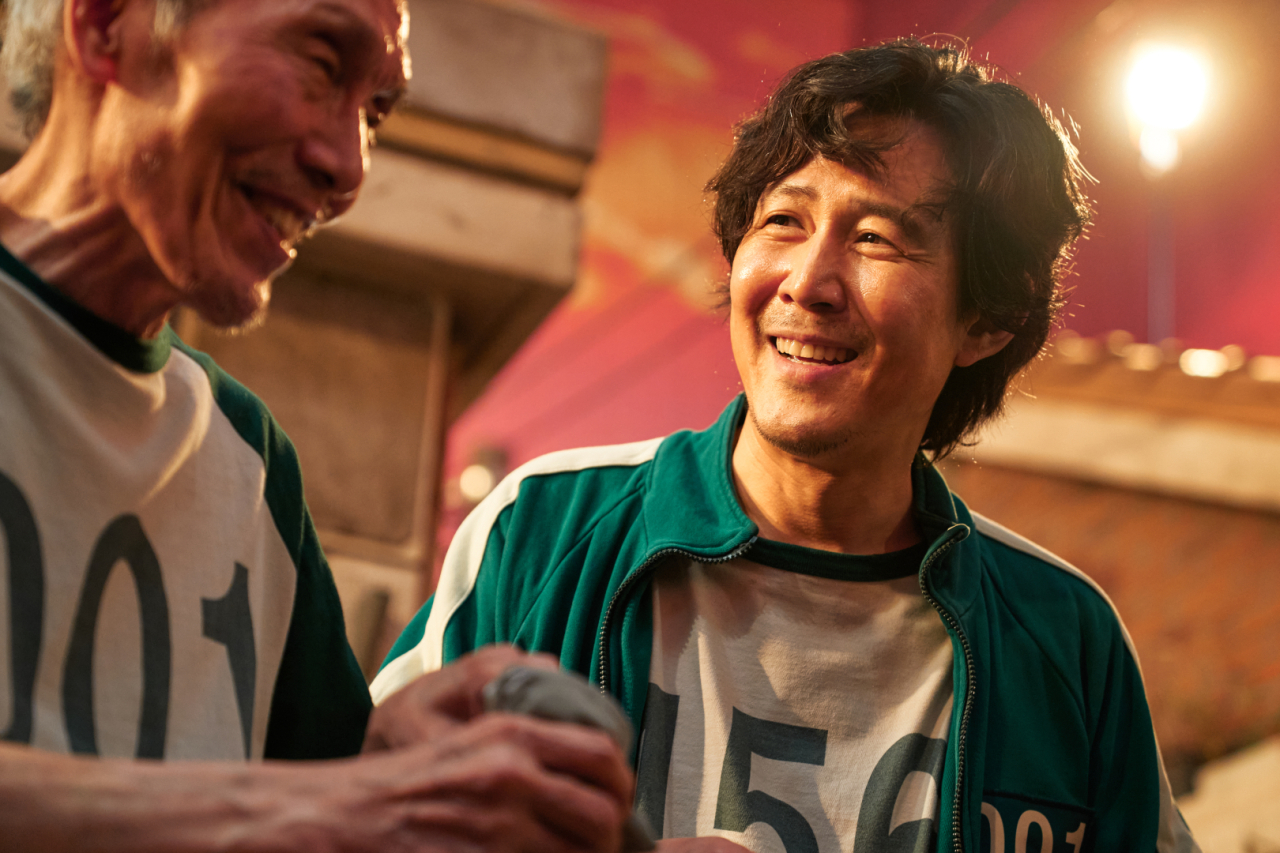 Actor Lee Jung-jae plays debt-ridden divorcee Ki-hoon in “Squid Game” (Netflix)
Several celebrities, including English actor Simon Pegg, have expressed their love for the series by posting photos and videos of themselves wearing green tracksuits and long-sleeve shirts on TikTok and Instagram posts.

“‘Squid Game’ seems very dramatic, but the show is a great metaphor for Korea‘s highly competitive society. Surprisingly, South Korea is not the only country experiencing intense competition. Unlike many drama series offering message of hopes and suggesting what to do, ‘Squid Game’ provides a sharp insight to our harsh reality. I think this is the reason why many viewers find it to be an emotional catharsis,” culture critic Jung Duk-hyun said in a phone interview with The Korea Herald on Tuesday.

“The viewers express their satisfaction with the show in various ways, including showing props, outfits and uploading parodies on social media,” Jung added.

Meanwhile, the globally-popular thriller is not without its share of controversies. A “Squid Game” pop-up set in Itaewon, central Seoul, was shut down earlier than scheduled over growing concerns about social distancing guideline compliance. In another instance, the owner of the phone number that was shown on the show claims to be suffering from countless prank calls and text messages.

The nine-part series has topped Netflix’s global TV show list for eight days since its release on Sept. 17, according to FlixPatrol.