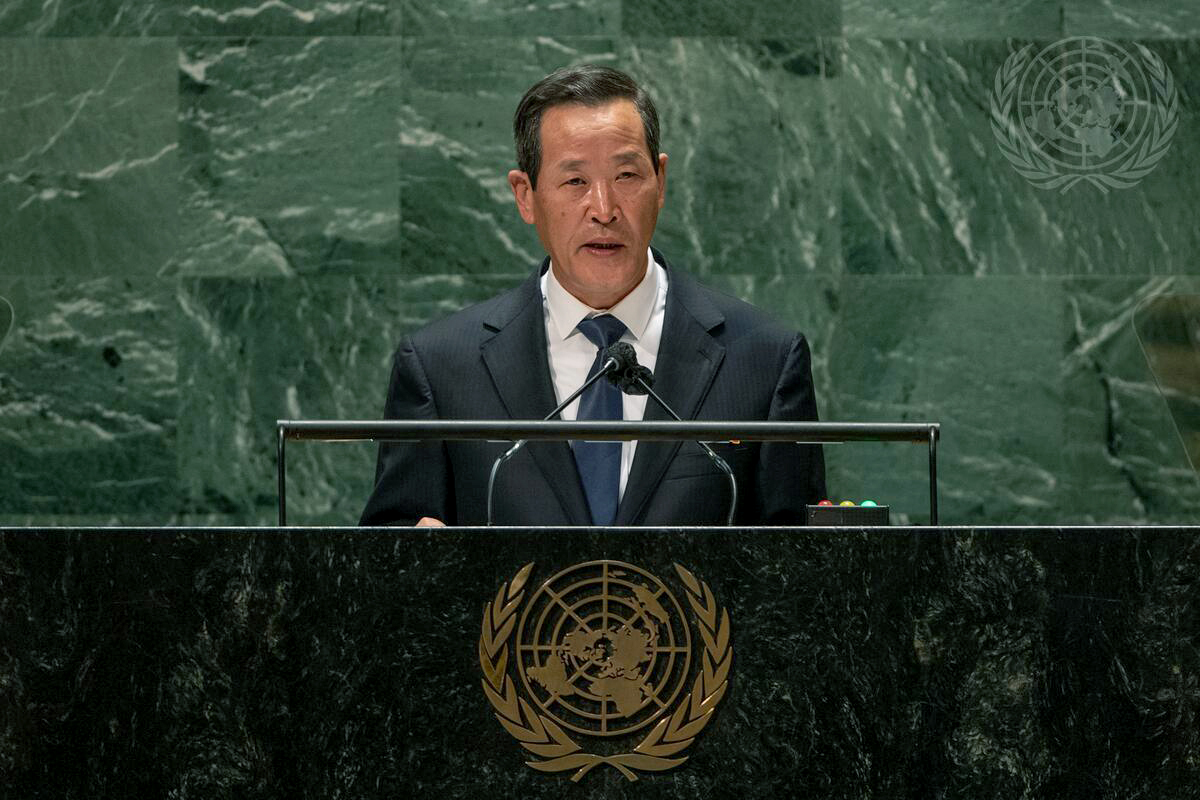 South Korea’s Joint Chiefs of Staff said the North fired one “unidentified projectile” at around 6:40 a.m. into the sea off its east coast from the country’s northern Jagang Province near the border with China. It did not provide specifics of the launch as of press time -- including if it was a ballistic missile or distance flown -- but the Japanese government said the projectile appears to have been a ballistic missile.

It is the third test this month after Pyongyang tested a cruise missile early on, followed by two short-range ballistic missiles on Sept. 15, in defiance of UN Security Council resolutions banning the North from developing or testing any nuclear weapons or ballistic missiles.

The South Korean government, in an emergency National Security Council meeting, expressed “regret” over the short-range missile launch that came at a time when stability in the Korean Peninsula security situation is very important.

The US State Department condemned North Korea’s missile test, which poses a threat to neighbors and the international community, urging Pyongyang to return to engage in dialogue.

The missile test took place just before North Korea’s Ambassador to the UN Kim Song gave a speech at the UN General Assembly in New York, reiterating that the US must scrap its “hostile policy” toward his country if it wants peace on the peninsula.

“If the US wants to see the Korean War, the most prolonged and long-lasting war in the world, come to an end, and if it is really desirous of peace and reconciliation on the Korean Peninsula, it should take the first step toward giving up its hostile policy against the DPRK, by stopping permanently the joint military exercises and deployment of all kinds of strategic weapons,” Kim said, using the abbreviation of his country’s formal name.

The 1950-53 Korean War ended with an armistice and not a peace treaty, meaning the two Koreas are technically still at war.

Pyongyang has insisted Washington must withdraw its hostile policy first, mainly referring to the annual joint military drills between Seoul and Washington -- which the North has labeled as rehearsals for an invasion -- and the US-led sanctions on the North over its nuclear program.

Kim added that if the US gives up its hostile policy, the North would “respond willingly at any time,” but said that it appears unlikely for Washington to drop such hostility at this time.

The North Korean envoy defended his country’s right to “develop, test, manufacture and possess” weapons equivalent to those of the South and its US ally, and at a time when the allies are increasing military threats against Pyongyang.

“We are just building up our national defense in order to defend ourselves and reliably safeguard the security and peace of the country,” he said.

The missile launch poured cold water on Seoul’s hopes for rapprochement with Pyongyang. It came just three days after the North Korean leader’s influential younger sister, Kim Yo-jong, said the North would consider holding a summit with the South and declaring an official end to the Korean War -- as South Korean President Moon Jae-in had proposed earlier -- if Seoul drops its “hostile policies” and “double-dealing standards.”

Observers say the North could be testing how the South responds to the latest launches, and whether Seoul is serious in making progress on inter-Korean ties. The North’s Kim has accused the South of showing “double standards” of branding the North’s weapons test as a “provocation” while it expands its own military capabilities.

On Tuesday afternoon, South Korea’s top nuclear envoy Noh Kyu-duk and his US counterpart, Sung Kim, held talks over the phone to assess the situation on the peninsula, including the missile launch and recent statements by Pyongyang, and discussed ways to respond, according to the Foreign Ministry.

They agreed on the need for stable management of the peninsula situation and close coordination between South Korea and the US. Noh and Kim are set to meet in person in Indonesia on Thursday for further talks. Kim concurrently serves as ambassador to Indonesia.