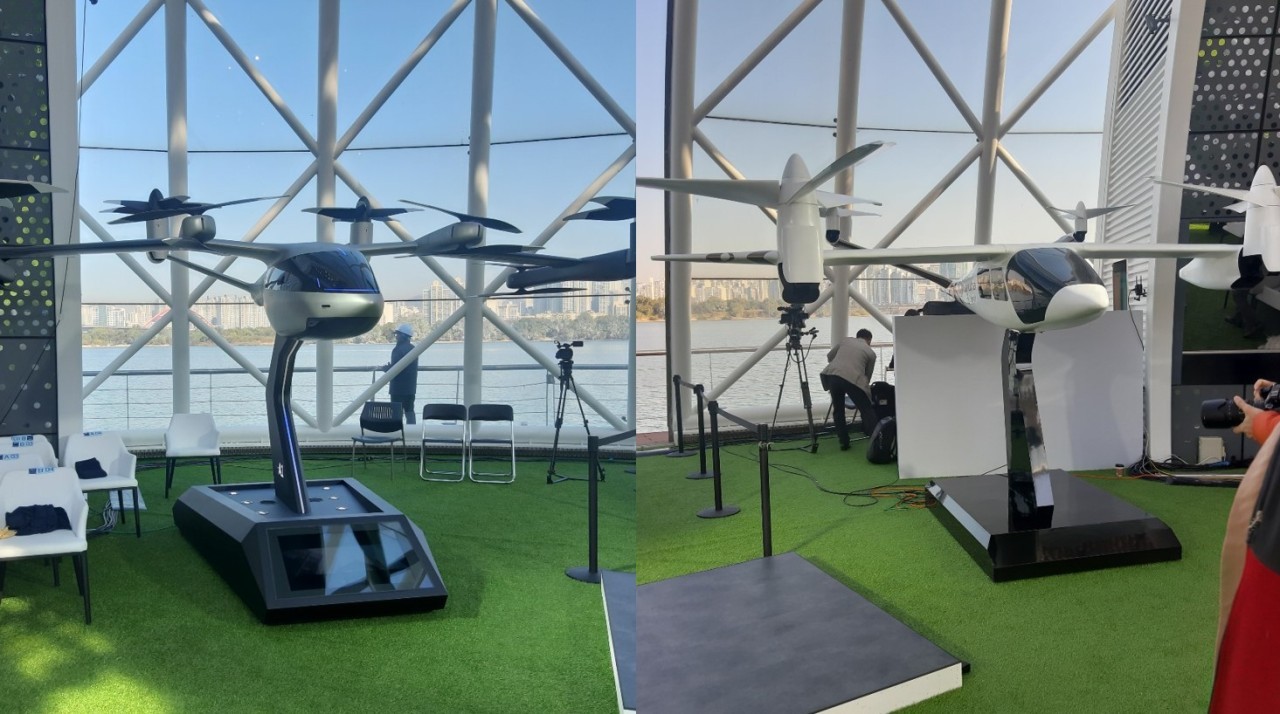 Hyundai Motor (left) and Hanwha Systems exhibit mock-ups of their personal air vehicles at an event last year. (Shin Ji-hye/The Korea Herald)
Urban air mobility, which has been described as ‘flying taxis,’ is on course to become a reality in Korea in 2025 as the Transport Ministry outlined the timeline in a white paper released on Tuesday.

According to the paper, an air corridor will be built for drone taxis to fly between Seoul and the outskirts of the city, including Incheon International Airport, during the early stages of the project.

The UAM aircraft will be allowed to fly at an altitude of 450 meters with a margin of 150 meters, with plans to share helicopter air routes during the initial stages of commercialization.

“South Korea has the potential to become the first country in the world to adopt the state-of-the-art mobility such as UAM and self-driving cars if companies, academia, the central and local governments and public organizations work together,” said vice transport minister Hwang Seong-kyu. 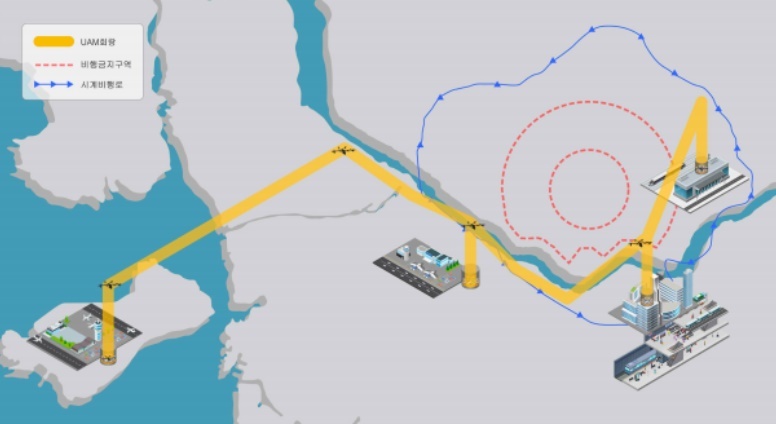 A map shows the air routes for South Korea‘s UAM airport shuttle service. (MOLIT)
The country’s commercialization of UAM is divided into three stages. During the first five years, drivers will be on board the vehicle. Between 2030 and 2034, remote piloting will be adopted. Autonomous driving is set to be introduced in 2035.

For UAM to be commercialized, however, a “new industrial ecosystem needs to be built,” the white paper said.

Though the government will play a central role in the project at first, private businesses could later take part in the operation in a way similar to how private investment in road and railroad infrastructure works.

Unlike the traditional aviation industry, UAM will not require runways and vertiports in downtown areas will play the roles of terminals and bus stops.

An event to trial the planned operation is scheduled to take place in November following a test flight last year.

During the event, the transport ministry will demonstrate its UAM airport shuttle service between central Seoul to the public and put to test its ambitious plan.

The detailed plans were released under the name of UAM Team Korea with help and advice from 37 organizations and experts in the field, the ministry said.