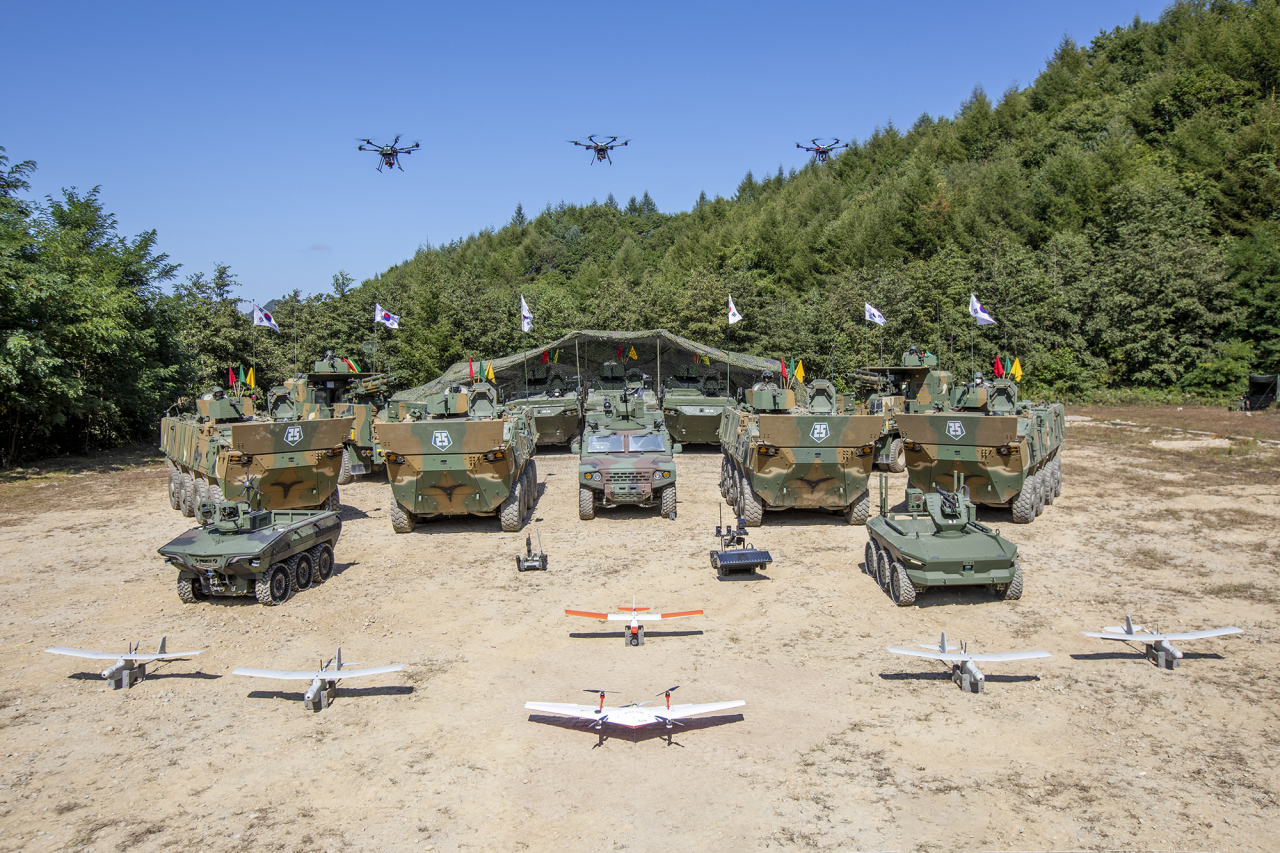 “The Army Tiger 4.0 is the future of warfare delivered by cutting-edge advances in technology,” the Army said. Tiger 4.0 is short for “Transformative Innovation of Ground forces Enhanced by the 4th industrial Revolution technology.”

The Army said it will employ artificial intelligence-powered drones to facilitate decision-making on the battlefield, and use highly mobile armored fighting vehicles that will be run by soldiers in advanced combat gear.

“As early as 2040, the entire Army will be comfortable enough with the new way we carry out our mission. Smarter and quicker,” an Army official said Tuesday, adding that test runs will take off in 2024, following combat simulations, which will run through the year before.

The simulations, which take place every month at the brigade level, began last year and were held two weeks ago for September. The two-day exercise involved mobilizing the infantry and deploying 21 types of the newest weapons under development.

Drones and reconnaissance robots, along with wheeled fighting vehicles, were unveiled.

“Al-powered drones are something we’re very much interested in because they save lives. Also, we could help with standardization of the drone industry in the country, which is still at work. After all, we’re the one needing drones the most,” a military official said.

The Army would have to spend more to maintain drones without standardization in place, according to the official.

Wheeled fighting vehicles make up the other half of the Army’s initiative to make a more agile force, the official added, saying the equipment is advanced enough to compensate for what some critics call its weakness compared to tracked fighting vehicles.

Tracked vehicles operate over more diverse terrain, including extremely difficult ground found on many mountains in South Korea. On the other hand, wheeled vehicles move faster.

“This is our core asset to make all of us quick to respond to any threats,” said Kim Na-young, a first sergeant who piloted a wheeled fighting vehicle during the combat simulation.

Soldiers who took part in the exercise were all in advanced combat gear, which is designed to offer greater protection and better capability to take down hostile file. The Army is planning to equip every soldier with the gear as early as 2040.

“The suit does give me assurance that I will have more backing out there,” said Kang Jung-won, a sergeant who participated in the combat simulation wearing the gear.

“I have no doubt that this will make us smarter, nimbler, the overwhelming force we intend to be. The new system will be lethal,” said the commander who oversaw the simulation.