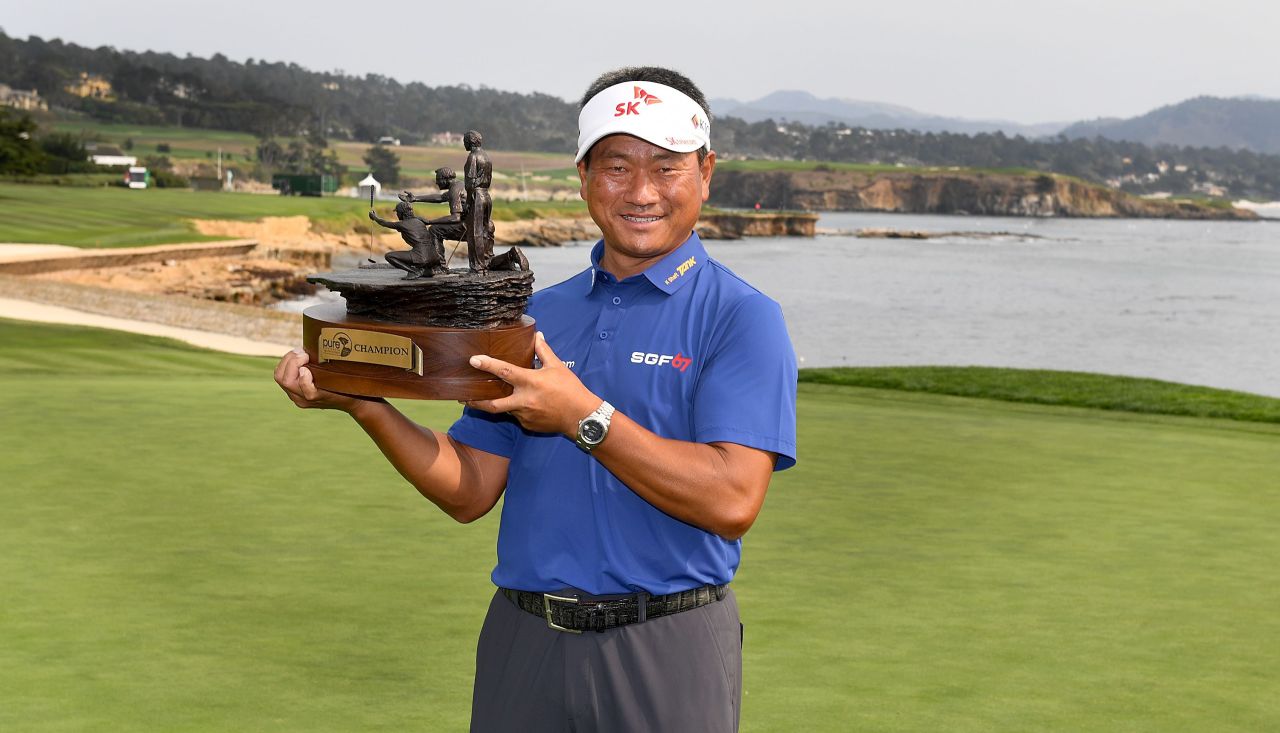 Choi, affectionately known as K.J. Choi, shot a final round of 68, with five birdies and one bogey, for a total of 13-under 203 at the PGA TOUR Champions PURE Insurance Championship held at Pebble Beach Golf Links in Pebble Beach, California, on Sunday (US time).

It is the first victory for a Korean golfer at the PGA Tour Champions, formerly known as the Senior PGA Tour, a high-profile tournament for golfers over 50.

The 51-year-old is regarded as a pioneer in South Korean golf after becoming the first Korean to win a PGA Tour tournament in 2002. Since then, he has collected seven more PGA Tour trophies.

Starting the final third round on the top of the leaderboard by two strokes, Choi hit four straight birdies beginning at the fifth hole to cement his lead.

He only had one bogey on the 14th hole and maintained his two-stroke lead over Germans Bernhard Langer and Alex Cejka the rest of the way.

It took more than 10 years for Choi to win a PGA Tour-sanctioned tournament since he last won The Players Championship in 2011.

And the latest victory is his first trophy at an official golf tournament since he won the Korean Tour's CJ Invitational, hosted by himself, in 2012. (Yonhap)