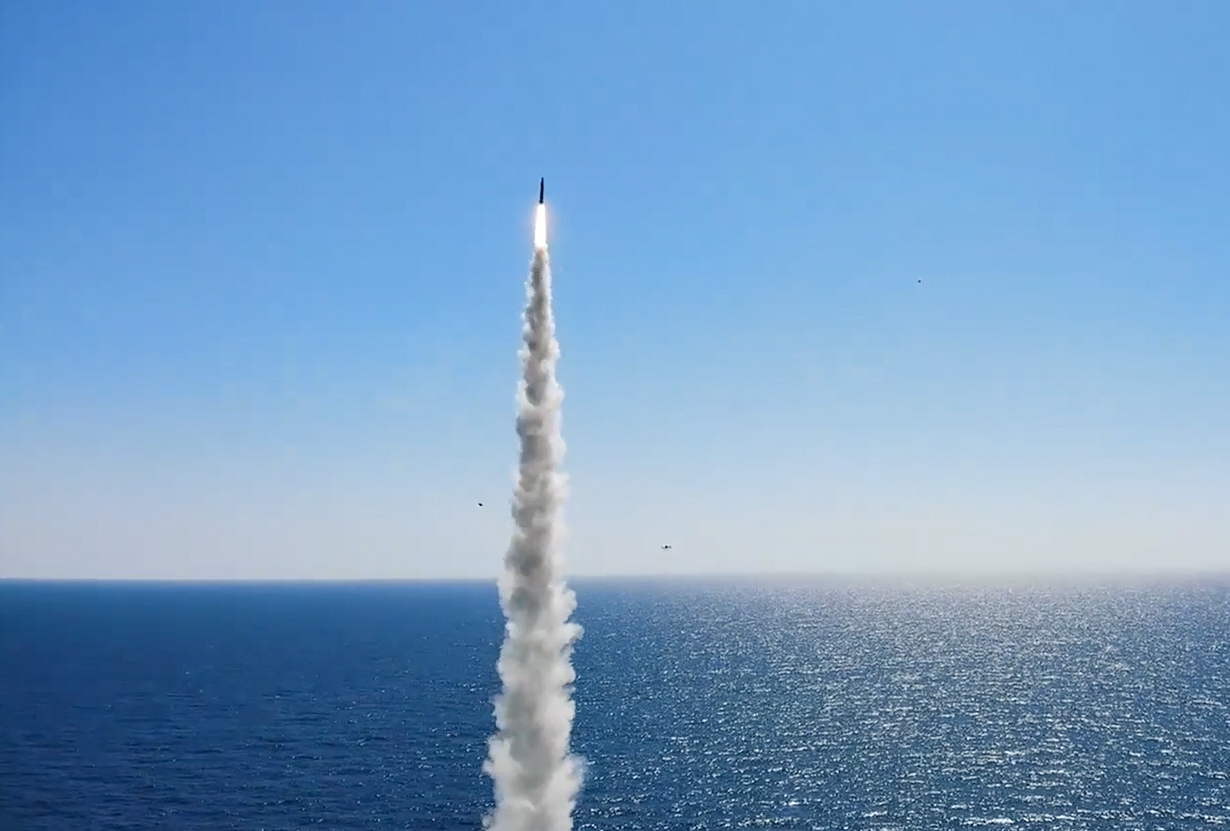 South Korea is the first non-nuclear state to have tested a submarine-launched ballistic missile. SLBMs -- which have also been developed by China, France, India, Russia, the UK and the US -- are designed to deliver a fatal second strike from an undisclosed location in deep seas.

North Korea, which revealed the latest Pukguksong-5 series in January this year, has never publicly test-fired an SLBM from a submarine, though it tested the Pukguksong-3 in October 2019 from a submerged barge -- a test many see as a job half done.

Pyongyang is believed to be working on building a 4,000-ton submarine that could carry as many as six SLBMs, twice the number its Romeo class carries. But even the 3,000-ton Romeo has yet to be made public. It is unclear whether North Korean submarines could make a successful SLBM strike.

Meanwhile Seoul has just shown it can fire as many as six SLBMs from its homegrown submarine, the Dosan class. The 3,000-ton vessel is one of the nine submarines South Korea plans on building by the early 2030s, when Seoul expects to see bigger submarines carrying as many as 10 SLBMs.

Last week, the North openly discredited the South’s SLBM test, calling it primitive and not a threat, but Pyongyang is seen as anxious about Seoul getting ahead in the arms race. The South’s missiles cannot carry nuclear warheads but can reach anywhere in the North, including its underground missile bases.

The supersonic cruise missiles South Korea tested alongside the SLBMs reinforce the message that it is ready to deal with the imminent threat from North Korea and other outside aggression.

The anti-ship missile could travel up to Mach 3, three times the speed of sound, and fly up to 500 kilometers, covering the entire Korean Peninsula and the seas surrounding it. North Korea is not believed to have the technology to counter supersonic missiles.

“The weapon is the most up to date cruise missile we have. This will be our core asset to contain outside aggression at our seas,” the Ministry of National Defense said.

“Some missiles are being made combat ready as we speak,” a military official said, without elaborating on details because of the sensitivity of the matter.

The military is planning to mount the missile on its homegrown fighter jet, known as the KF-21 Boramae, by the late 2020s. The jet’s prototype was unveiled in April and mass production will start as early as 2026.

South Korea, which until May was banned from building missiles with range greater than 800 kilometers because of a Korea-US missile pact, has more accurate short-range ballistic missiles than North Korea. Pyongyang’s forte lies in its medium and long-range missiles, which have a flight range of at least 800 kilometers.

The military has said it will make that happen in the next five years as part of its 315 trillion-won ($271 billion) plan to bolster defense readiness.

According to Global Firepower’s index of most powerful armed forces this year, Seoul has a better conventional force than Pyongyang. The index puts South Korea at 6 and North Korea at 28 out of 140 countries. But the index did not factor into the North’s nuclear advantage.