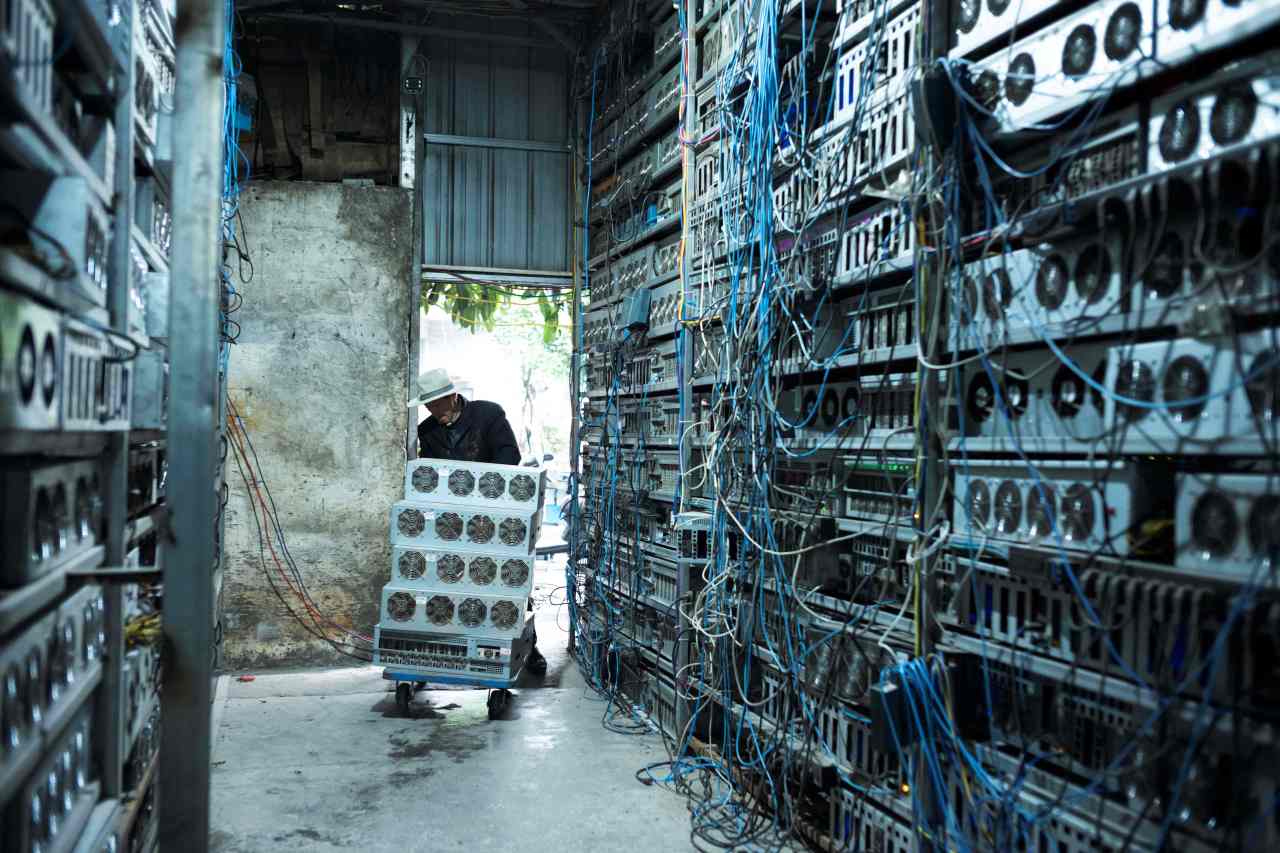 A local resident is working part time at a cryptocurrency farm in Dujiangyan in China's southwestern Sichuan province on Apr. 6. (AFP-Yonhap)
BEIJING (AFP) -- China's central bank on Friday said all financial transactions involving cryptocurrencies are illegal, sounding the death knell for the digital trade in China after a crackdown on the volatile currencies.

The global values of cryptocurrencies including Bitcoin have massively fluctuated over the past year partly due to Chinese regulations, which have sought to prevent speculation and money laundering.

"Virtual currency-related business activities are illegal financial activities," the People's Bank of China (PBOC) said in an online statement Friday, adding that offenders would be "investigated for criminal liability in accordance with the law."

The central bank said that in recent years trading of Bitcoin and other virtual currencies had become "widespread, disrupting economic and financial order, giving rise to money laundering, illegal fund-raising, fraud, pyramid schemes and other illegal and criminal activities."

This was "seriously endangering the safety of people's assets," the PBOC said.

While crypto creation and trading have been illegal in China since 2019, further crackdowns this year by Beijing warned banks to halt related transactions and closed much of the country's vast network of bitcoin miners.

Thursday's statement by the central bank sent the strongest yet signal that China is closed to crypto.

Bitcoin, the world's largest digital currency, and other cryptos cannot be traced by a country's central bank, making them difficult to regulate.

Analysts say China fears the proliferation of illicit investments and fundraising from cryptocurrency in the world's second biggest economy, which also has strict rules around the outflow of capital.

The crypto crackdown also opens the gates for China to introduce its own digital currency, already in the pipeline, allowing the central government to monitor transactions.

In June, Chinese officials said more than 1,000 people had been arrested for using the profits from crime to buy cryptocurrencies.

Several key Chinese provinces banned the operation of cryptocurrency mines since the start of this year, with one region accounting for eight percent of the computing power needed to run the global blockchain -- a set of online ledgers to record bitcoin transactions.

Bitcoin values tumbled in May on the back of a warning by Beijing to investors against speculative trading in cryptocurrencies.