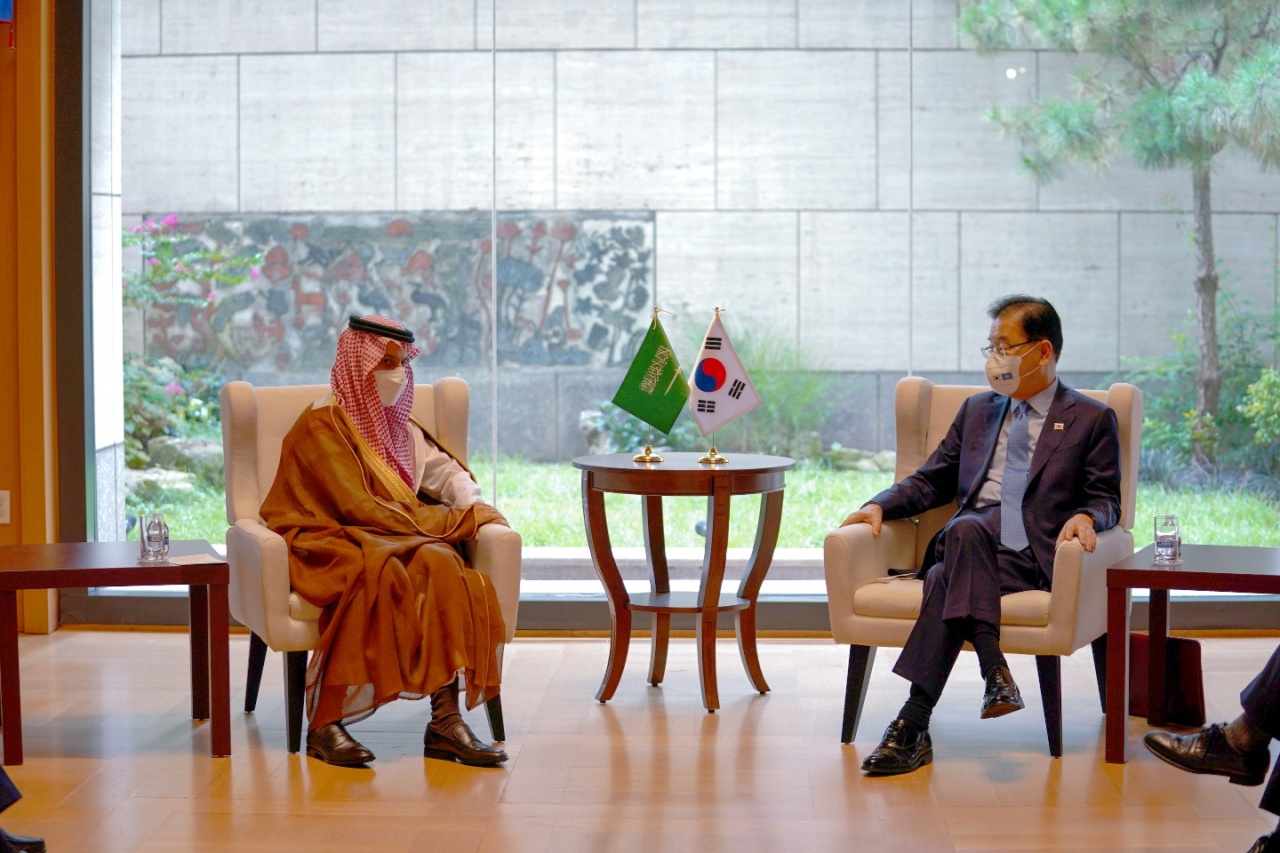 Foreign Minister Chung Eui-yong (R) poses for a photo with his Saudi counterpart, Faisal bin Farhan Al Saud, during the bilateral talks held on the sidelines of the UN General Assembly in New York on Thursday, in this photo provided by the foreign ministry. (Foreign Ministry)
The top diplomats of South Korea and Saudi Arabia have agreed to boost cooperation to create synergy between the countries' key industrial policy initiatives aimed at securing future growth drivers.

They, in particular, agreed to work on ways that would link Korea's Green New Deal and Saudi Arabia's Vision 2030, the ministry said.

The Green New Deal, proposed by President Moon Jae-in, aims to push for digital and green energy projects and achieve carbon neutrality by 2050. The Vision 2030 is Riyadh's key reform drive aimed at reducing its dependence on oil and securing other growth engines.

At the talks, Chung expressed hope that Korean companies will continue to have the opportunity to take part in large infrastructure projects in Saudi Arabia to help advance its Vision 2030 initiative.

Chung and Shoukry agreed on the need to push for a bilateral free trade agreement and start a feasibility study for the potential FTA. Chung also asked for Cairo's support for South Korean companies working in Egypt.

During the talks, Chung invited each of the ministers to the UN peacekeeping conference Seoul is due to host in December. (Yonhap)