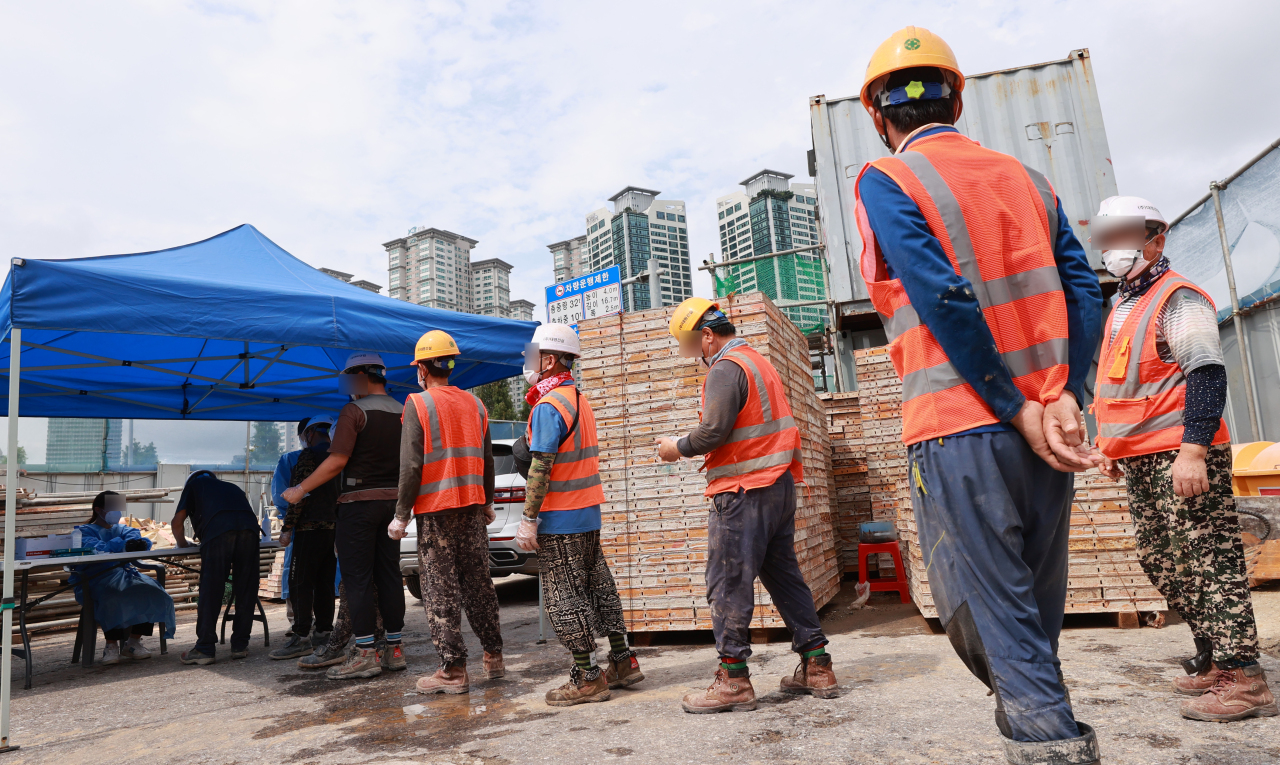 View of a construction worksite in Yeongdeungpo-gu, western Seoul, as of Aug. 25. The photo is not directly related to the content of the story. (Yonhap)
President Moon Jae-in’s promise to halve the annual number of fatal industrial accidents by the end of his term seems unlikely to materialize.

According to data from the Ministry of Employment and Labor, the number of industrial accident deaths in the first six months of this year reached 474, meaning 2.6 deaths per day. That is four more than the figure for the same period a year earlier.

If workplace deaths continue at their current pace through the remainder of this year, the yearly figure could easily surpass 900 -- far higher than the goal Moon set when he ran for president.

The Labor Ministry had announced a separate goal of its own for this year, 705 or fewer deaths, but reaching it seems highly unlikely at this point.

Critics say the Moon administration has moved too late as new laws and administrative measures are only taking effect toward the end of his term.

The National Assembly in January passed a bill to increase employer liability for industrial accidents, but the law comes into effect next year and provides an additional two-year grace period for small businesses with between five and 49 employees.

The Labor Ministry also vowed to spend more on support for industrial accident prevention at businesses, and to establish a new body in charge of investigating serious industrial disasters. But discussions on these steps and how to finance them only started last year.

The ministry projects that deaths from occupational accidents will fall noticeably once the measures are fully in place starting in January. But by then, Moon will have just five months remaining before the end of his term.