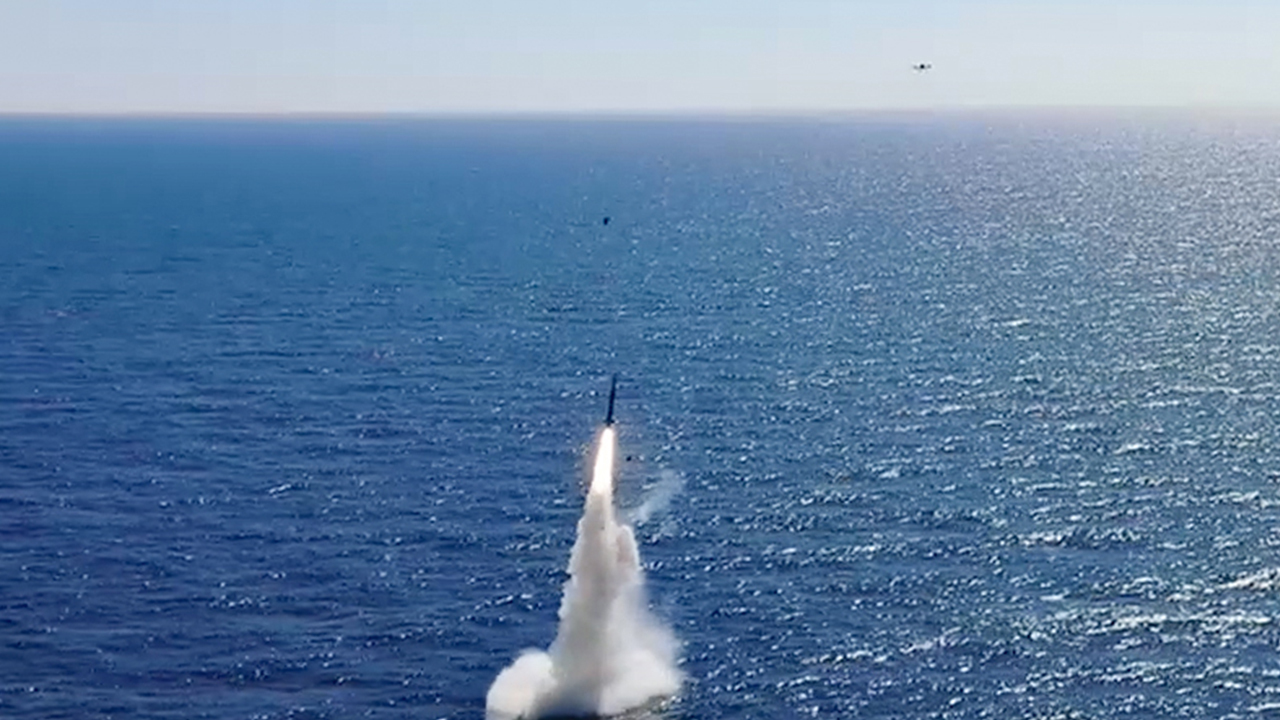 South Korea's homegrown submarine-launched ballistic missile (SLBM) is test-fired from the Navy's 3,000-ton-class Dosan Ahn Chang-ho submarine on Sept. 15, 2021, in this file image provided by the defense ministry. (Yonhap)
The defense ministry on Thursday declined comment on North Korea's branding of South Korea's new submarine-launched ballistic missile (SLBM) as a "clumsy product," only saying that the country has been steadily strengthening defense capabilities.

On Monday, Jang Chang-ha, the chief of the North's Academy of National Defense, said in a statement South Korea's newly unveiled SLBM looked like a "poor weapon without all its shape," questioning its underwater capabilities.

Asked for comment on the statement, the South's defense ministry spokesman Boo Seung-chan said he had nothing to offer but added South Korea has been "steadily enhancing our defense capabilities against current and future military threats under a comprehensive and mid- to long-term plan."

The new asset is expected to be mass produced for operational deployment around next year, with more rounds of tests to be conducted to ensure its reliability, according to sources. (Yonhap)