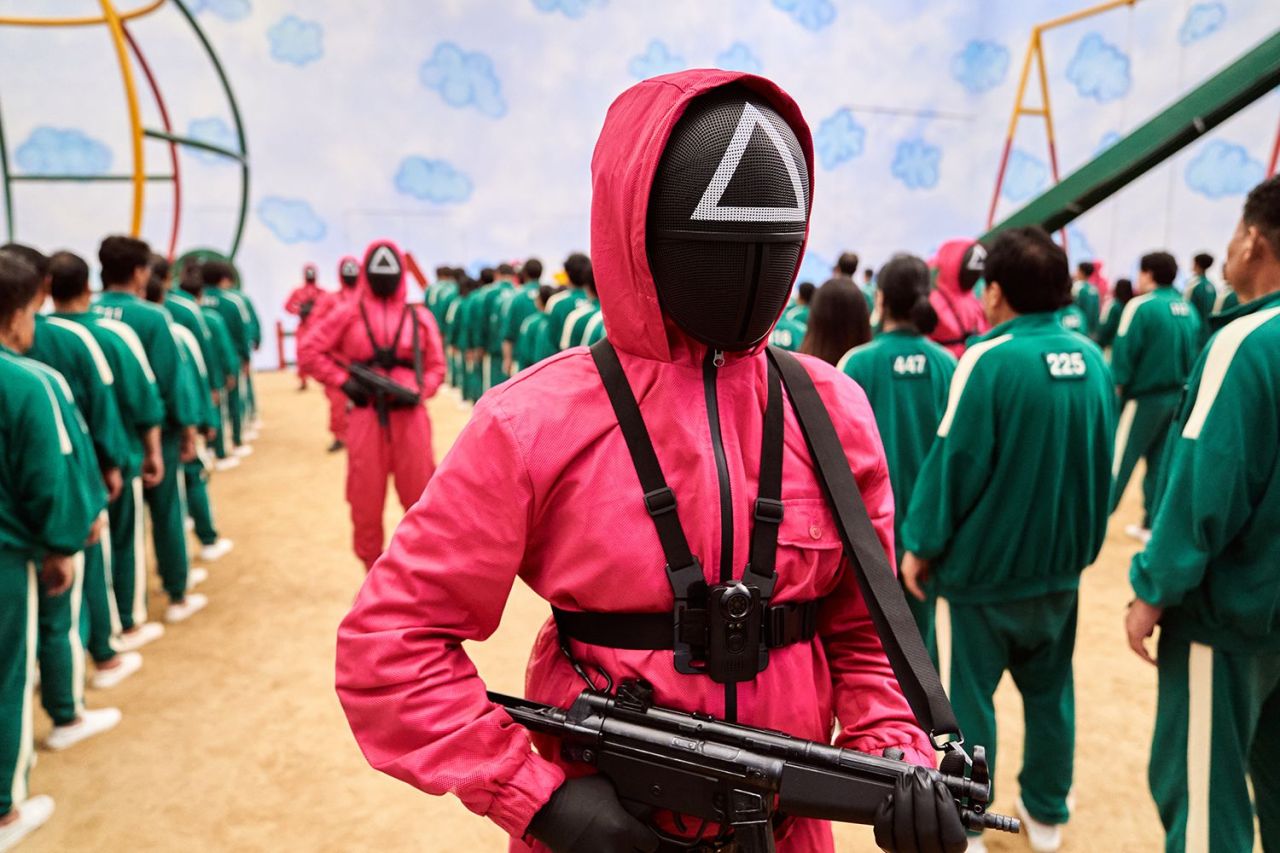 A promotional image of "Squid Game" (Courtesy of Netflix)
Netflix's original Korean series "Squid Game" ranked first on the US top 10 TV show list of the video streaming platform, a chart has showed, becoming the first Korean drama to reach the milestone.

The thriller, featuring South Korean actor Lee Jung-jae, made it to the top on the US chart, as of Tuesday, according to streaming analytics firm FlixPatrol.

The previous record was "Sweet Home," the 10-episode Netflix Korean original that ranked third on the US chart last year.

The popularity of "Squid Game" has gained momentum as the show also placed first in South Korea and 13 other countries, including Singapore and Vietnam.

"Squid Game," released on Sept. 17, is a thriller series about a group of people who risk their lives in a mysterious survival game to secure the prize money of 45.6 billion won ($38.5 million). (Yonhap)