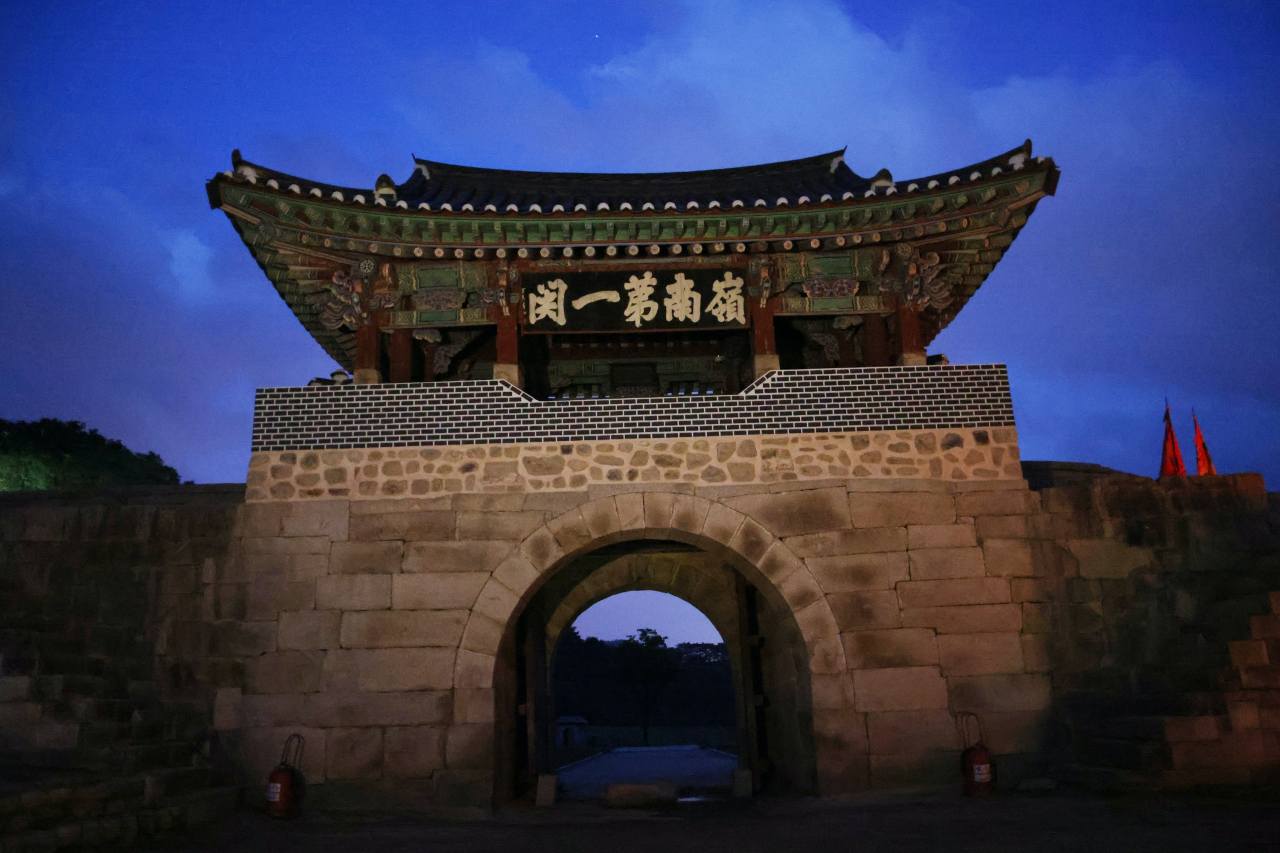 Mungyeongsaejae, which literally means a mountain top so high that even birds have difficulty flying over it, cuts over the Baekdudaegan, the mountain range which runs through entire length of the Korean Peninsula.

Since the 10th century, in order to take imperial examinations, equivalent to civil service exams today, those from south of the Mungyeongsaejae pass had to risk tigers and other road hazards to cross the mountain passage to reach the capital city in Gaesong during the Goryeo period (918-1392) and in Seoul during the Joseon period (1392-1910).

For several millennia, the ancient passage was the original gateway for traveling salesmen who delivered news and goods to the Silla Kingdom. Roman glassware which would have been carried over the ancient overland route through the Eurasian Steppe has been found in Silla royal tombs. Silla had a remarkable history in Korea for about a thousand years from 57 BC to AD 935.

During the Japanese Invasion of Korea in 1592, battle-hardened Japanese forces marched through the Mungyeongsaejae mountain pass singing and dancing, according to historical accounts. 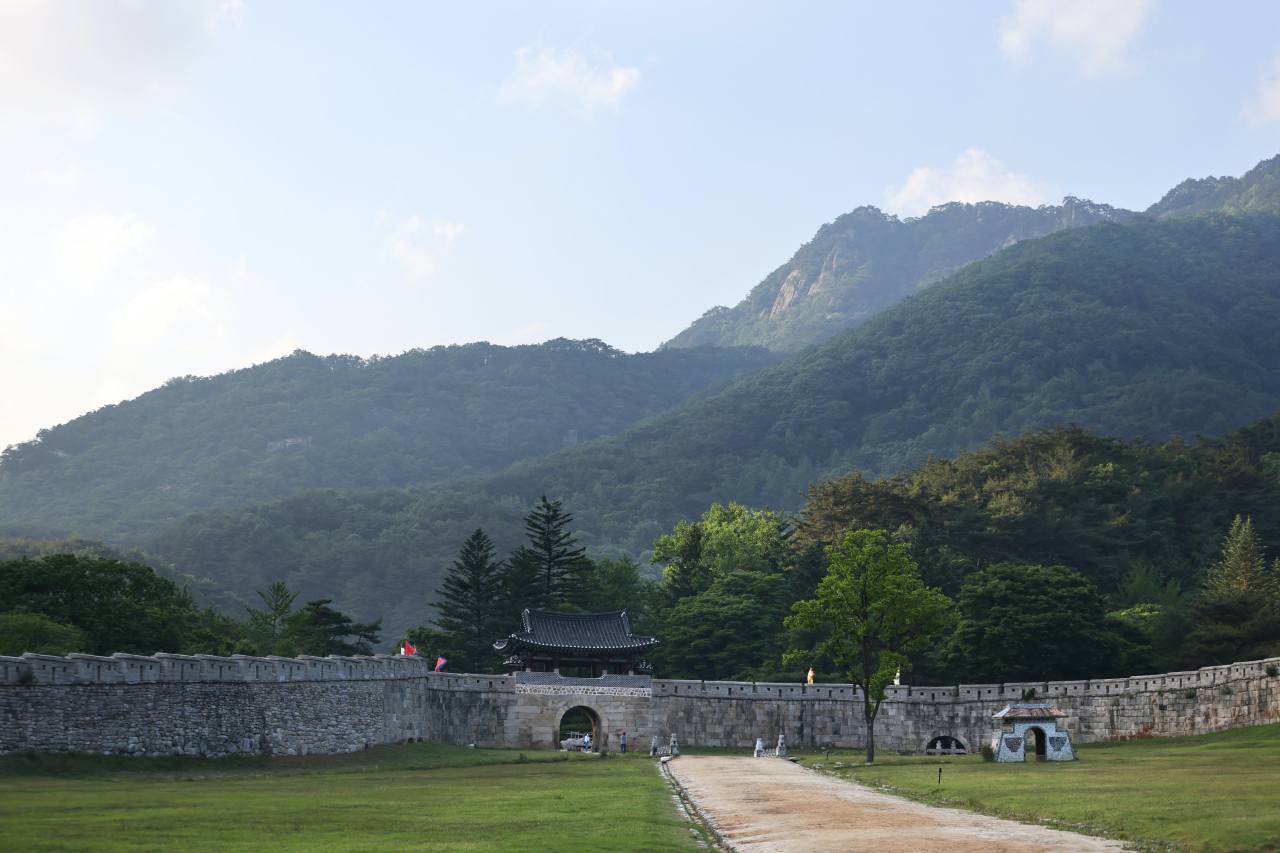 The fortress walls at the First Gate at the Mungyeongsaejae Provincial Park. ©2021 Hyungwon Kang
Gen. Shin Lip (1546 -1592) who was an in-law to King Seonjo, the 14th King of Joseon, ignored his lieutenant’s advice to launch surprise attacks against the enemy by bombarding them with deadly arrows from archers hiding in the treacherous Mungyeongsaejae pass. Instead, Shin opted for an open-field battle near the upstream of the Han River.

Shin’s army, made up of mostly farmers, was annihilated and the general killed himself by jumping into the river after losing the battle, according to the Veritable Records of the Joseon Dynasty.

Much blood was spilled over the Mungyeongsaejae pass during the Korean War, which broke out on June 25, 1950, as both North and South Korean military marched through the pass.

Yang said he joined the Workers’ Party of South Korea after witnessing US soldiers on 3/4 GMC trucks confiscate sacks of rice on student’s backs at the Mokpo harbor in August 1946. The students were arriving from remote islands, carrying sacks of rice they would use to pay for room and board for the September start of their school year. Student housing cost 45 kg of rice per month, according to Yang. 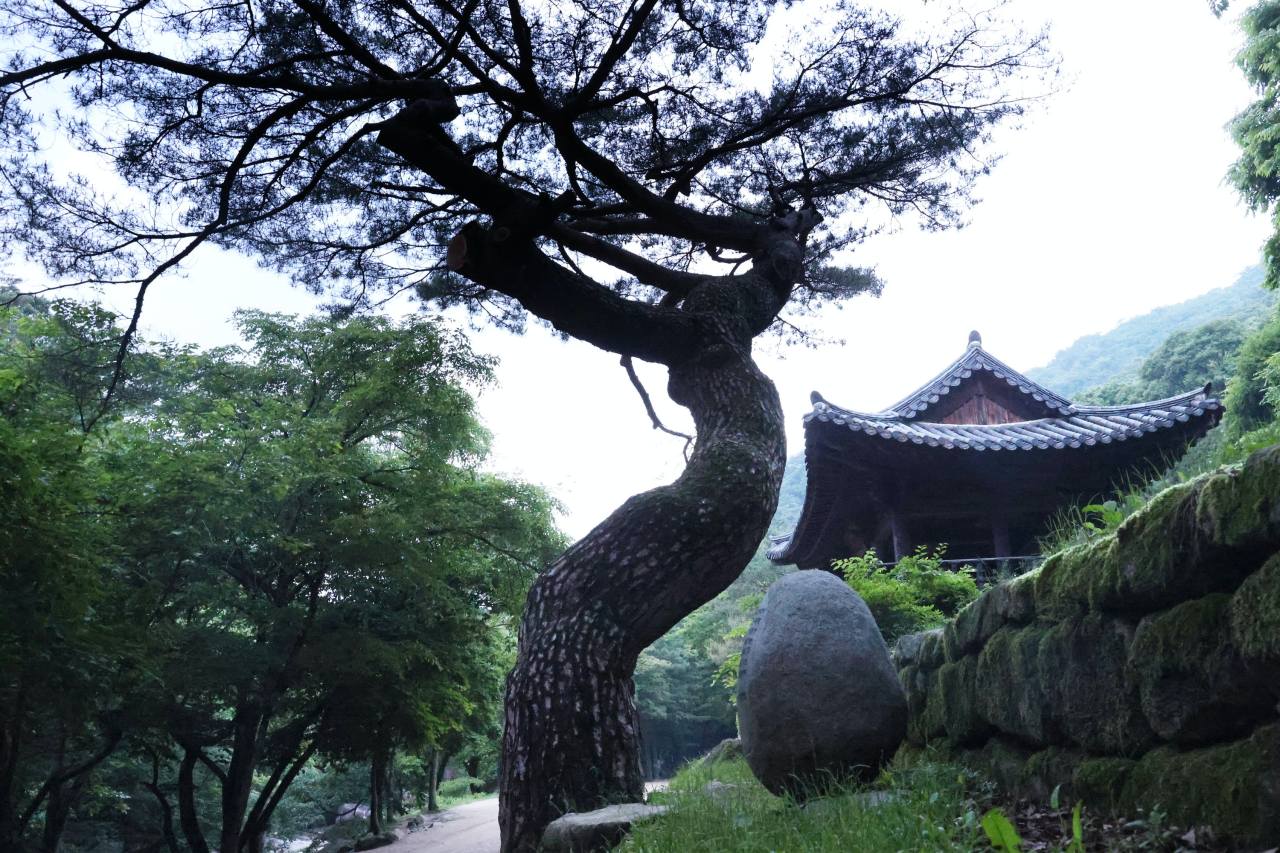 The dancing tree at the Mungyeongsaejae Provincial Park. ©2021 Hyungwon Kang
The United States Army Military Government in Korea (USAMGIK) ruled the southern half of Korea from 1945 to 1948, managing the newly liberated Korea with insufficient institutional knowledge of its history and culture. Such ignorance led to catastrophic failures and turned many rural residents against the US military during the Korean War.

One of the major flaws with the US military was that it employed Japanese-educated technocrats who continued the forced rice collection policies of the colonial government.

The farmers were forced to give up rice at a considerably cheaper price than the market value. Rice was and is the main staple of Korean civilization and holds emotional significance beyond its cash crop value.

Dolmens are more abundant in Korea than anywhere else in the world. Researchers also excavated the oldest known rice in the world in Korea, carbon dated to about 15,000 years old, in the village of Sorori in North Chungcheong Province.

Needless to say, Korean people value rice and it was the working currency for people.

When Maj. Gen. Archer L. Lerch, the Military Governor of Korea, announced on Jan. 25, 1946 that the US Military Government would collect rice from farmers, the US lost the rural people’s support.

The US military was confronted with protesters everywhere in the country when they assisted the national police in collecting rice. The Korean police force was mostly trained by the Japanese colonial government.

In many places, the people refused to surrender their rice to the police, and the demonstrators wanted the US Military Government to stop rice collections for the benefit of “profiteers.”

Those “profiteers” were the mainstream commercial establishment, who benefited under the Japanese colonial rule, and sent their children to study in Japan.

Those Japanese-educated Koreans with distorted views of Korean history and culture later returned to Korea to teach in Korean universities.

In many ways, the intellectual struggle between the establishment class and those who seek change continues to this day.

“Not even Japanese took rice from students,” Yang went on to say, “How can a wealthy country like the US steal rice from Korean people!”

During the Korean War, Yang fought on the side of the North Koreans against the US. “We plundered everything from uniforms to guns and ammunition from the US military after launching surprise attacks.” said Yang. “We fought the war only during the night. The Americans usually didn’t fight at night. We won every surprise attack which we launched.”

The same colored uniform was confusing to both sides at times.

“After a fierce night of fighting in Yeongwol County in Gangwon Province, we woke up the next morning mixed with South Korean soldiers. 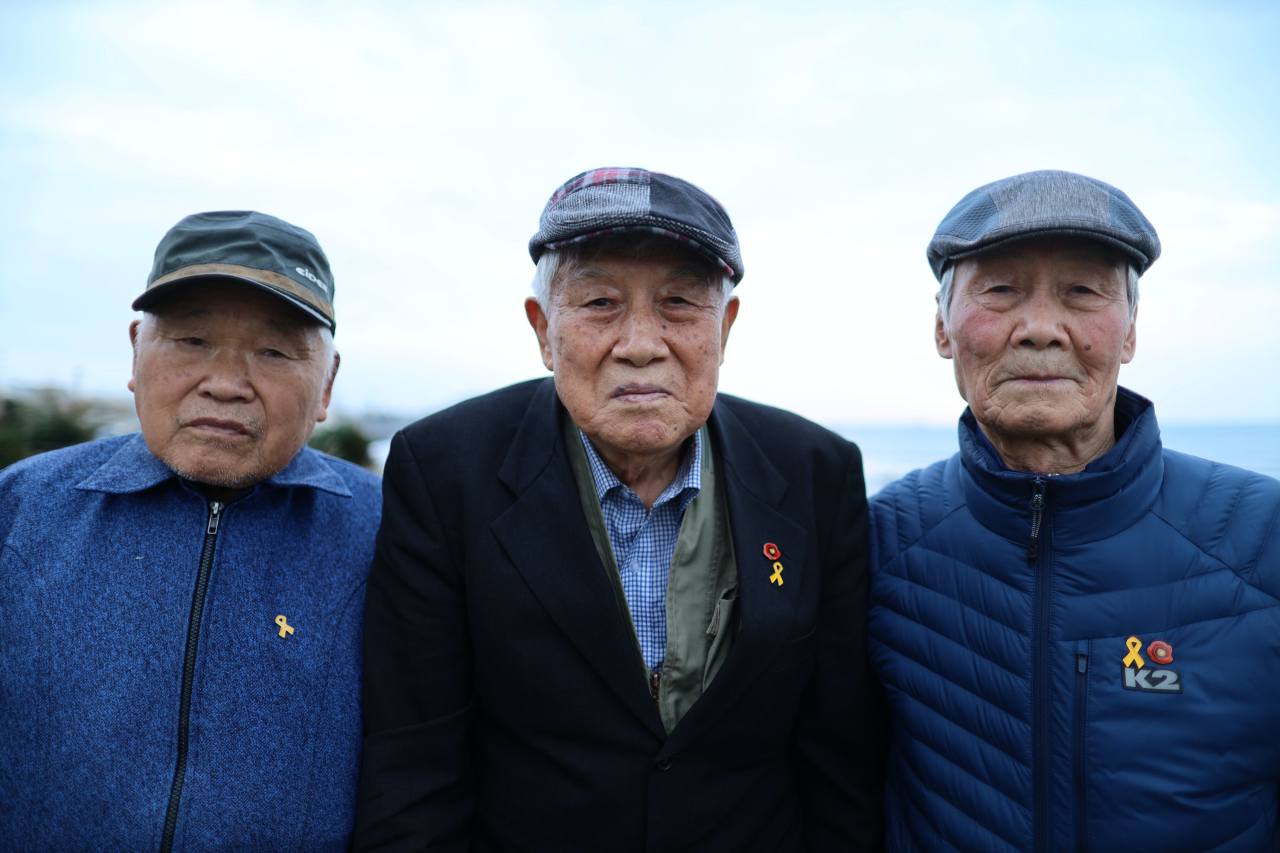 From left: Prisoners of conscience Kim Young-sik, 88, Yang Won-jin, 92, Park and Hee-seong, 86 want to be sent to North Korea. They have served time in prison in South Korea for their political beliefs -- Kim for 27 years, Yang for 29 1/2 years and Park for 27 years. ©2021 Hyungwon Kang
Because the South Korean soldiers were wearing the same kind of uniforms issued by the US and the North Korean soldiers were wearing US military uniforms plundered during previous battles, when we hunkered down during the night fight, we only realized in the morning that we were on different sides,” said Yang, chuckling. “It was kind of awkward but we quietly walked away from each other that morning.”

The last time Yang’s platoon climbed the Mungyeongsaejae pass, was in February 1951 with snow on the ground.

“As we were retreating to the North, during a night march, I was carrying 500 M1 Carbine rifle ammunition plundered from a previous surprise attack on a US military convoy. It was heavy and I was exhausted and I felt like I couldn’t walk anymore. Then suddenly a military marching band played music as we were climbing the pass. I don’t even know how, but that music moved us over the pass.” said Yang.

Since being pardoned in 1987, Yang has been asking the South Korean government to repatriate him to North Korea.

Following the historic June 15th South-North Joint Declaration between President Kim Dae-jung and North Korean leader Kim Jong-il, “63 prisoners of conscience were allowed to move to North Korea through Panmunjom, the truce village between South and North Korea in September 2000,” according Kwak Eun-kyung, a Ministry of Unification spokesperson.

Thirty-three additional prisoners of conscience have requested their repatriation since 2000, but 22 have died waiting.

Yang and another 10 prisoners of conscience, all of whom have served in South Korean prisons for not renouncing their support of North Korea, are awaiting inter-Korean dialogue to work out their return to North Korea.