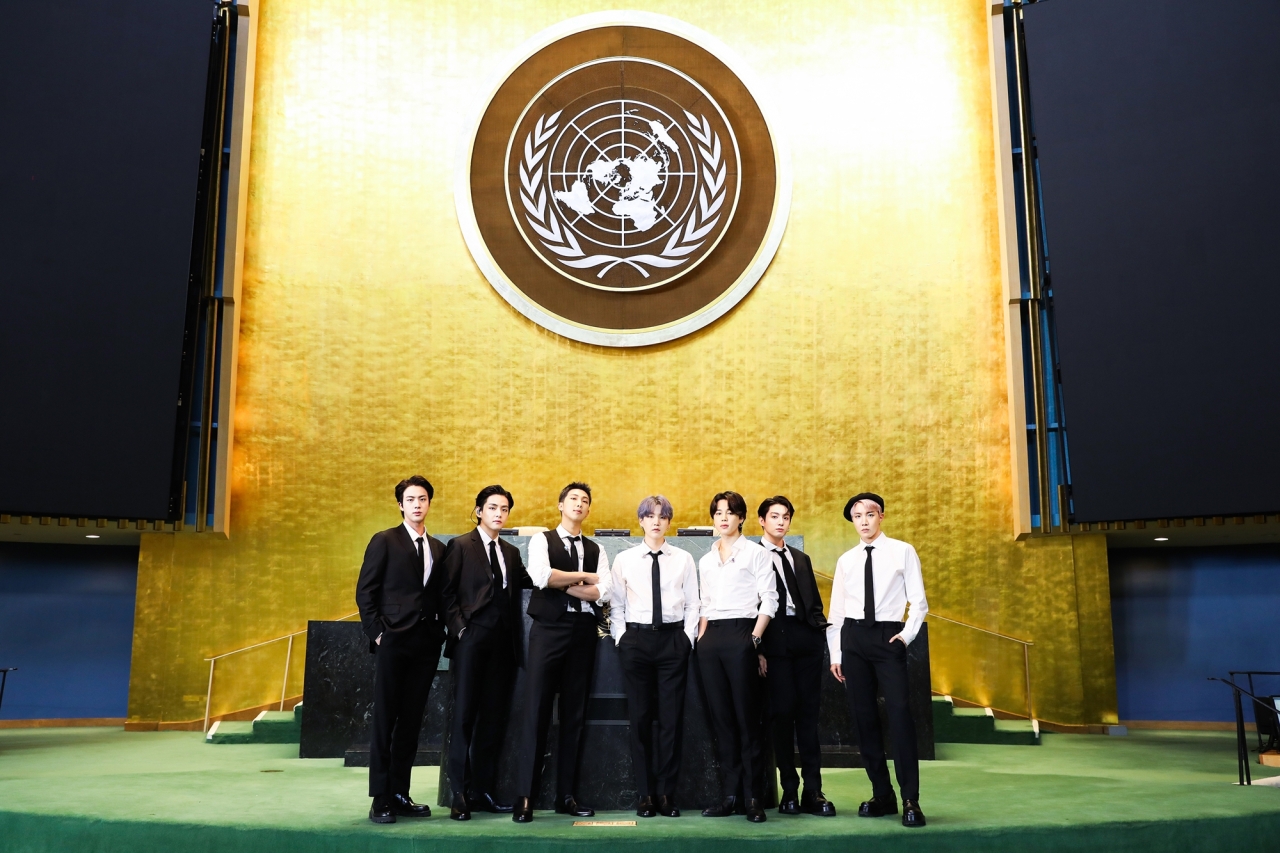 As “special presidential envoys for future generations and culture,” their first official duty was an appearance at the SDG Moment, the second meeting devoted to the UN’s sustainable development goals.

Each band member stood at the podium on Monday (US time) and opened his talk by mourning the losses and missed opportunities caused by the COVID-19 pandemic. The band also expressed support for the international community’s efforts to tackle global challenges such as poverty, climate change and gender equality.

And as the seven-minute speech at the meeting of global leaders became the talk of the town, with its message for young people about muddling through tough times, questions arose about who wrote it. 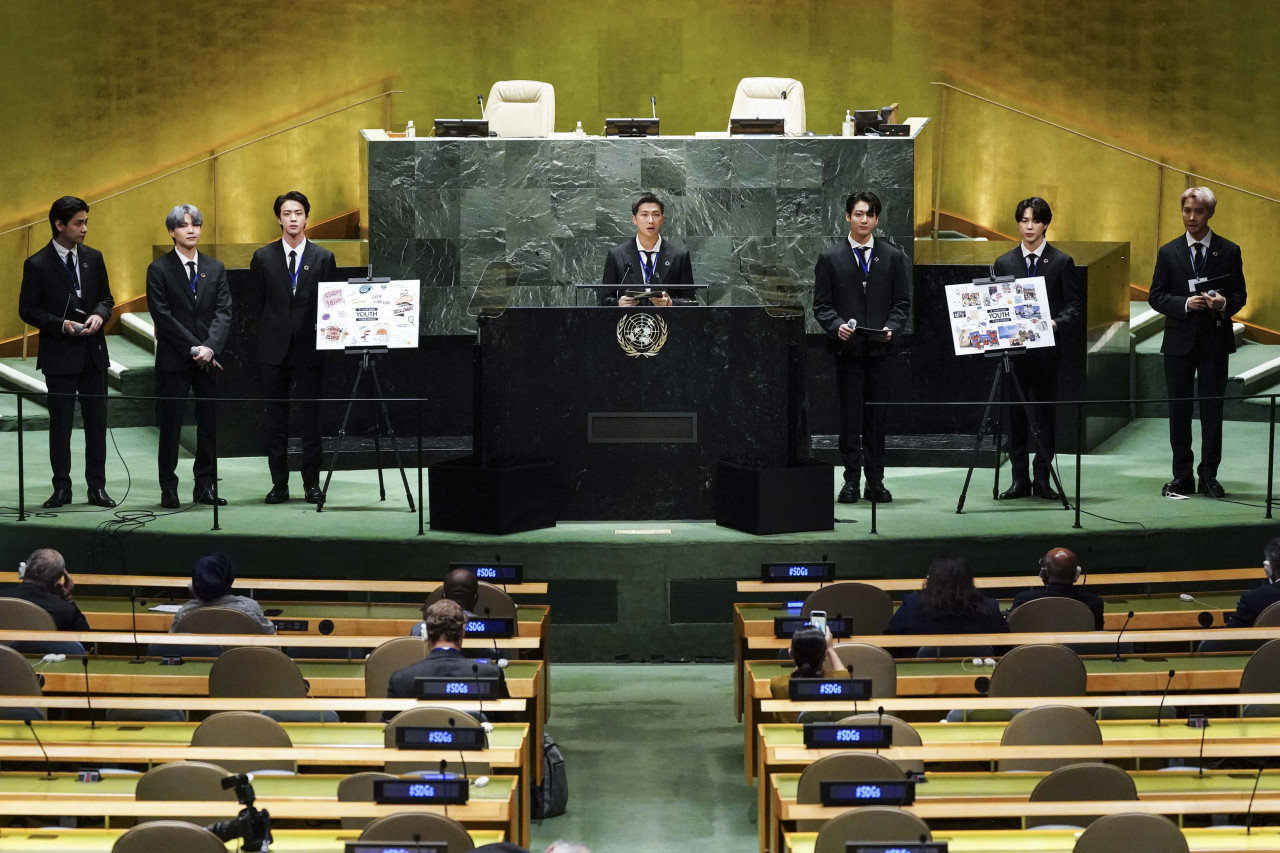 Boy band BTS poses at the United Nations General Assembly in New York on Monday. (Big Hit Music)
The Korea Herald reached out to Big Hit Music, the band’s agency, to ask about the speechwriter and the writing process, but those questions went unanswered.

The same questions were asked three years ago when BTS became the first K-pop act to speak at the UN, but then too the agency had replied in monosyllables.

The septet participated in an event in 2018, when leader RM talked about the band’s collaboration with UNICEF and how young people should love themselves and raise their voices. Last year, the band took part in a virtual health security conference under the slogan “Life goes on. Let’s live on.”