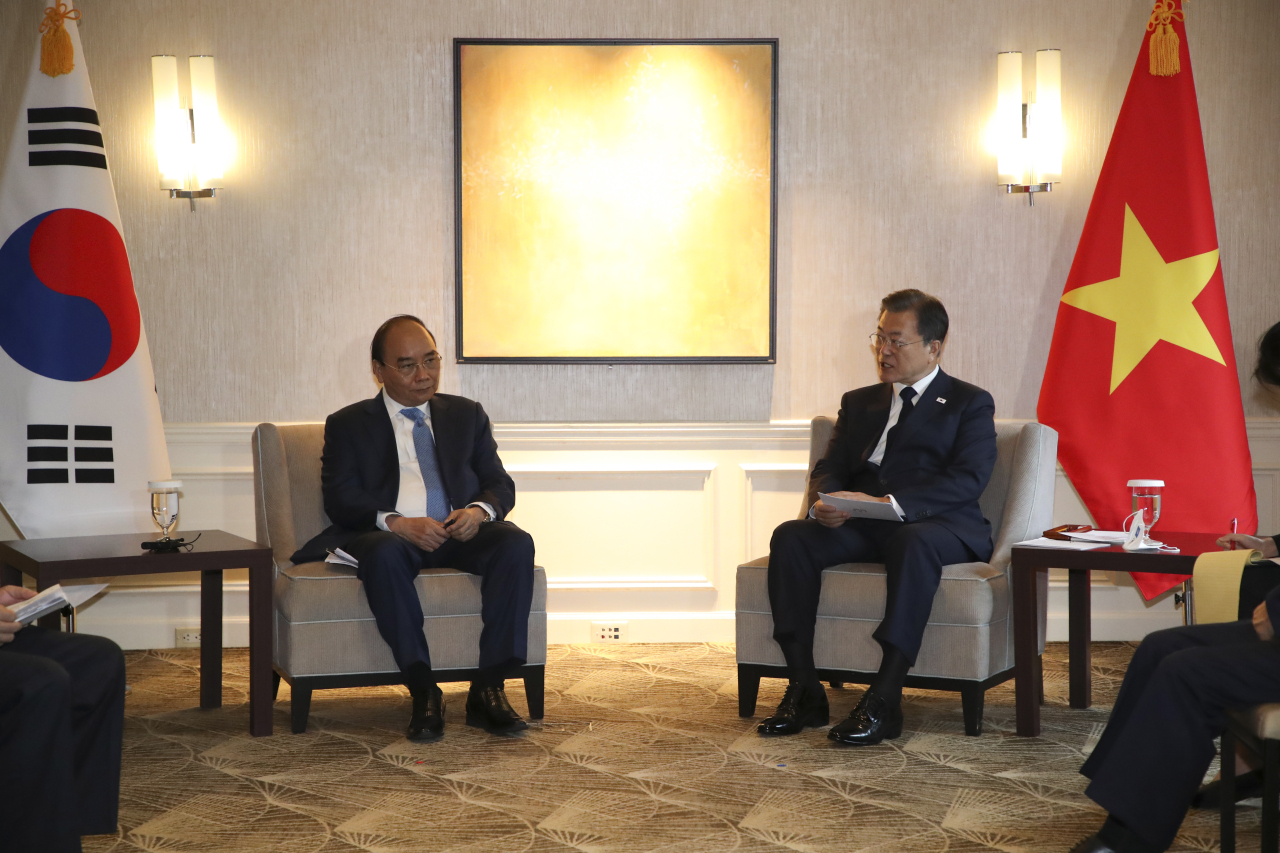 The commitment was made during President Moon Jae-in’s summit with Vietnamese President Nguyen Xuan Phuc on the sidelines of the United Nations General Assembly, according to Cheong Wa Dae spokesperson Park Kyung-mee. It was not disclosed which COVID-19 vaccines would be provided.

It was Korea’s first direct COVID-19 vaccine commitment to a foreign nation. Cheong Wa Dae said the decision was made as the countries had worked together from the early stages of the COVID-19 pandemic by sharing supplies with each other.

It is also believed that Korea is looking to use COVID-19 vaccines in its diplomacy as the country aims to reach a first-dose rate of 70 percent by October’s end.

The two nations have deepened their cooperation in various areas as “optimal partners,” Moon and Phuc said, since upgrading to a “strategic cooperative partnership” in 2009. Moon said he hoped trade between the two countries would reach $100 billion in 2023.

A great number of Korean companies in the biopharmaceutical, infrastructure and finance sectors have been eyeing expansion into the Vietnamese market, which needs continued attention and support for the partnership between the two countries to grow, Moon said.

Moon also thanked Vietnam for choosing Korean as its first foreign language, allowing the language to be taught in Vietnamese schools at the primary level and onward starting in August. Koreans’ interest in Vietnam has also grown, Moon added, expressing hope of stronger cultural and linguistic ties between the peoples of both nations.

Cheong Wa Dae said Phuc had expressed gratitude for Korea’s investment in and cooperation with Vietnam as a strategic cooperative partner, adding that Vietnam had much to learn from Korea’s socioeconomic recovery and its management of the pandemic.

The Tuesday meeting between Moon and Phuc was their first direct meeting since Phuc was elected president in April. He had served as Vietnam’s prime minister since 2016.