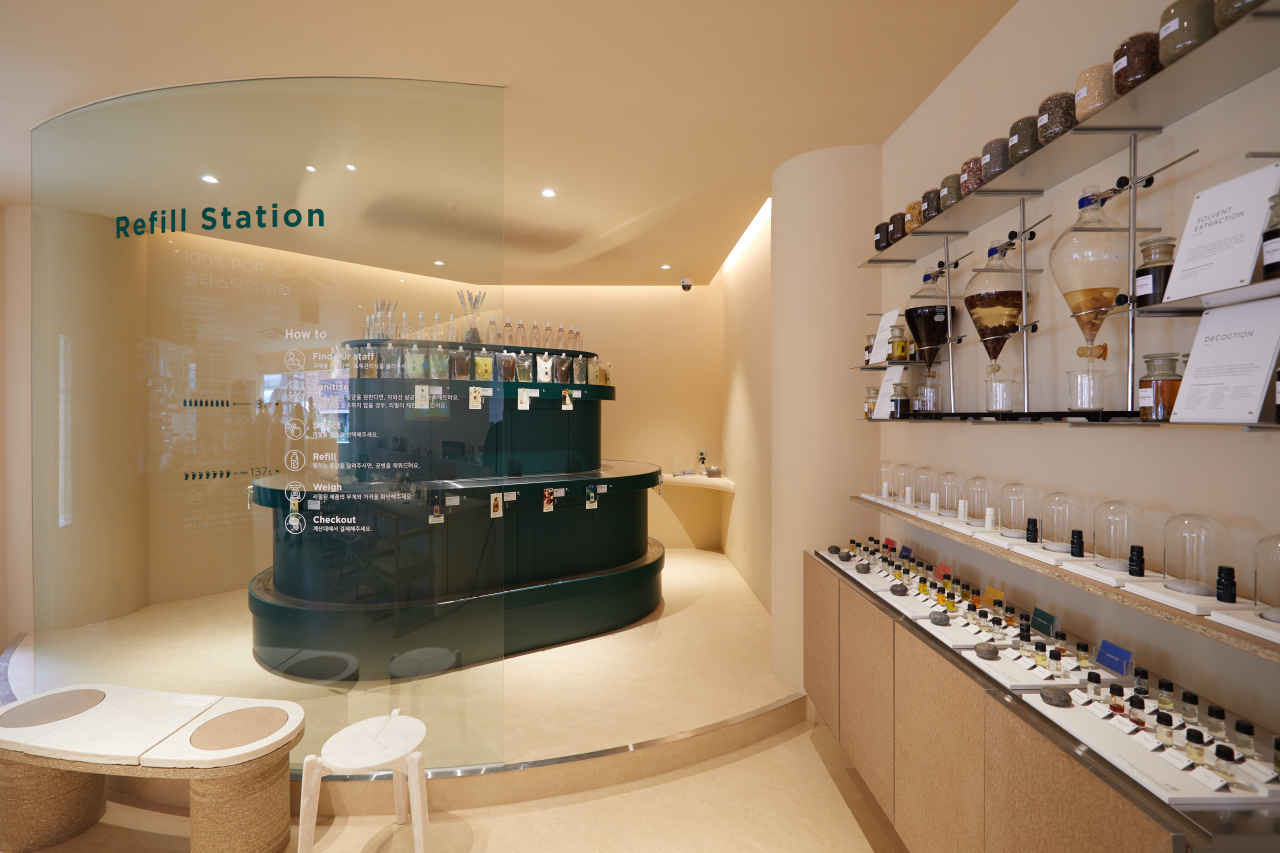 A shampoo and body wash refilling station is located at Aromatica’s flagship store in Gangnam, southern Seoul. (Aromatica)
Beauty products often come in extravagant packaging -- only to later end up in a landfill after a single use.

Statistics show only 10 percent of cosmetics packaging is recyclable, due to the complex designs, colors and multilayer structures.

Faced with growing criticism for its contribution to the global waste problem and in a bid to appeal to environmentally conscious consumers, cosmetics companies are turning to refilling stations where consumers can bring empty bottles and buy what they need, instead of buying a new product in a new container.

First to make the move in South Korea was Aromatica, a local brand known for organic skin and body care products. Since opening its first refill store in June last year, it has started selling its products by the gram.

“Many customers are interested in value-conscious consumption. The overall market trend is also changing in that direction as well. We‘ve been operating two refilling stations as an effort to support that change,” said a spokesperson for LG Household & Healthcare.

The refill movement, still in its nascent stage, received a boost last week.

The government on Wednesday granted regulatory sandbox approval to cosmetics refilling stations that do not have a certified dispensing manager at the site, clearing a key hurdle.

Some industry players have claimed that the rule regarding certified dispensing personnel is the biggest roadblock in the proliferation of refill stations. The approval is expected to lower the entry barrier to such facilities, particularly for small market players and individuals.

As of September, there are 13 shops across the country that offer refills.

Seven more are expected to open in the next two years at least, under the government‘s regulatory sandbox measure. 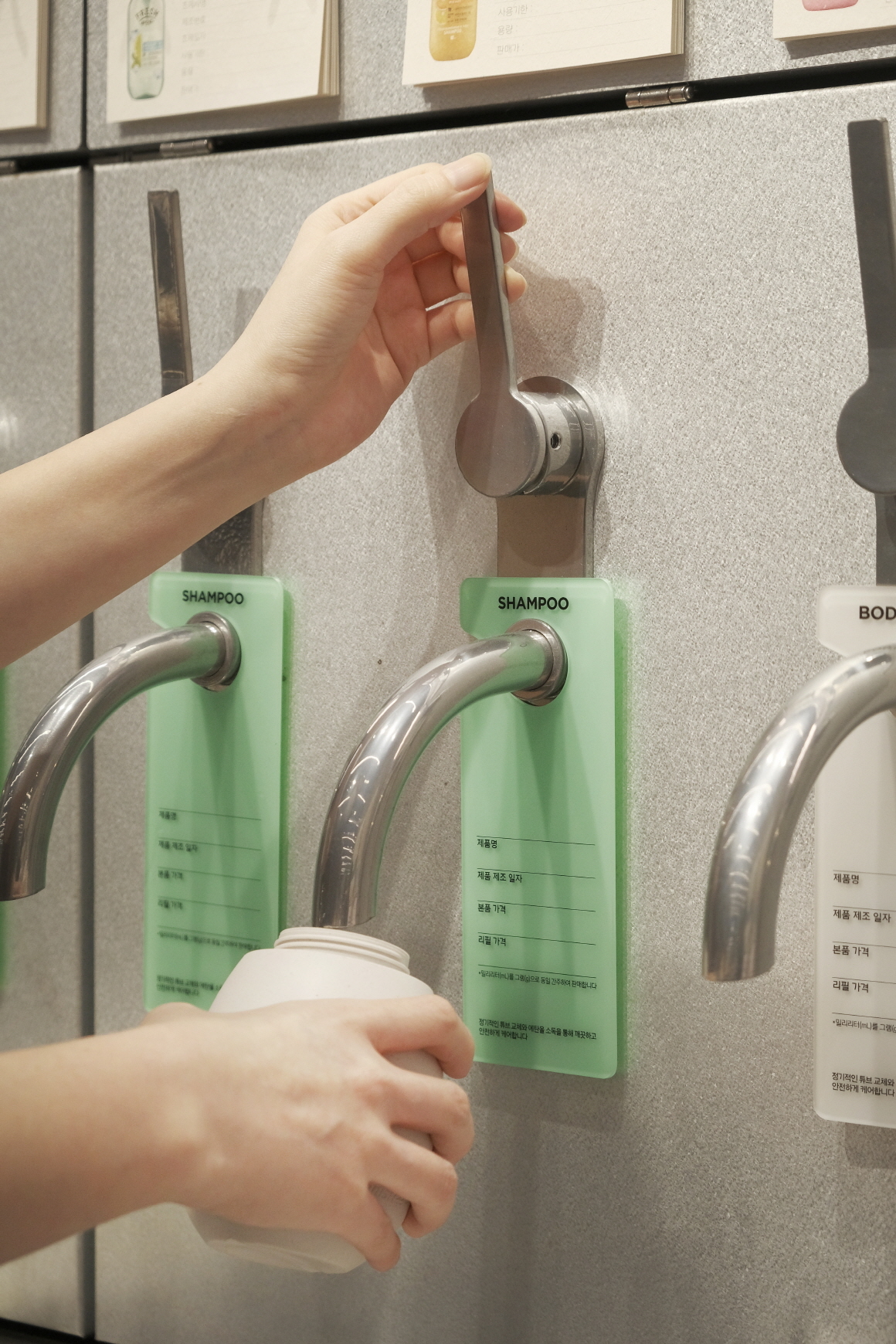 (Amorepacific)
But will it really take off and open a more sustainable future for the beauty industry?

Professor Myung Jae-wook at KAIST’s department of civil & environment engineering pointed out that discounts offered on refills are not yet attractive enough.

“Korean cosmetics companies offer only around 20-30 percent discount. That’s not enough to compensate for the customer inconvenience, such as bringing their own containers and driving a long way to use refilling stations,” he said.

Companies approach refilling as a means to show the public they care about the environment rather than to actually reduce plastic waste, he added. “We call this green washing.”

Some industry insiders have expressed concern about the hygiene issue.

“There is a reason people hire dispensing managers. They sterilize, heat-treat the containers and seal them up under strict hygiene guidelines. Without someone doing that, there could be hygiene issues,” said one industry official, who requested anonymity.

Baek Na-yoon, an environmental activist at the Korea Federation of Environmental Movements, said, barring such concerns, what the companies are trying is worth encouraging.

“Overall, the best way to reduce plastic is to reuse existing containers. We welcome the move from cosmetic companies,” Baek said.

“It will be a big step forward in reducing plastic waste.”