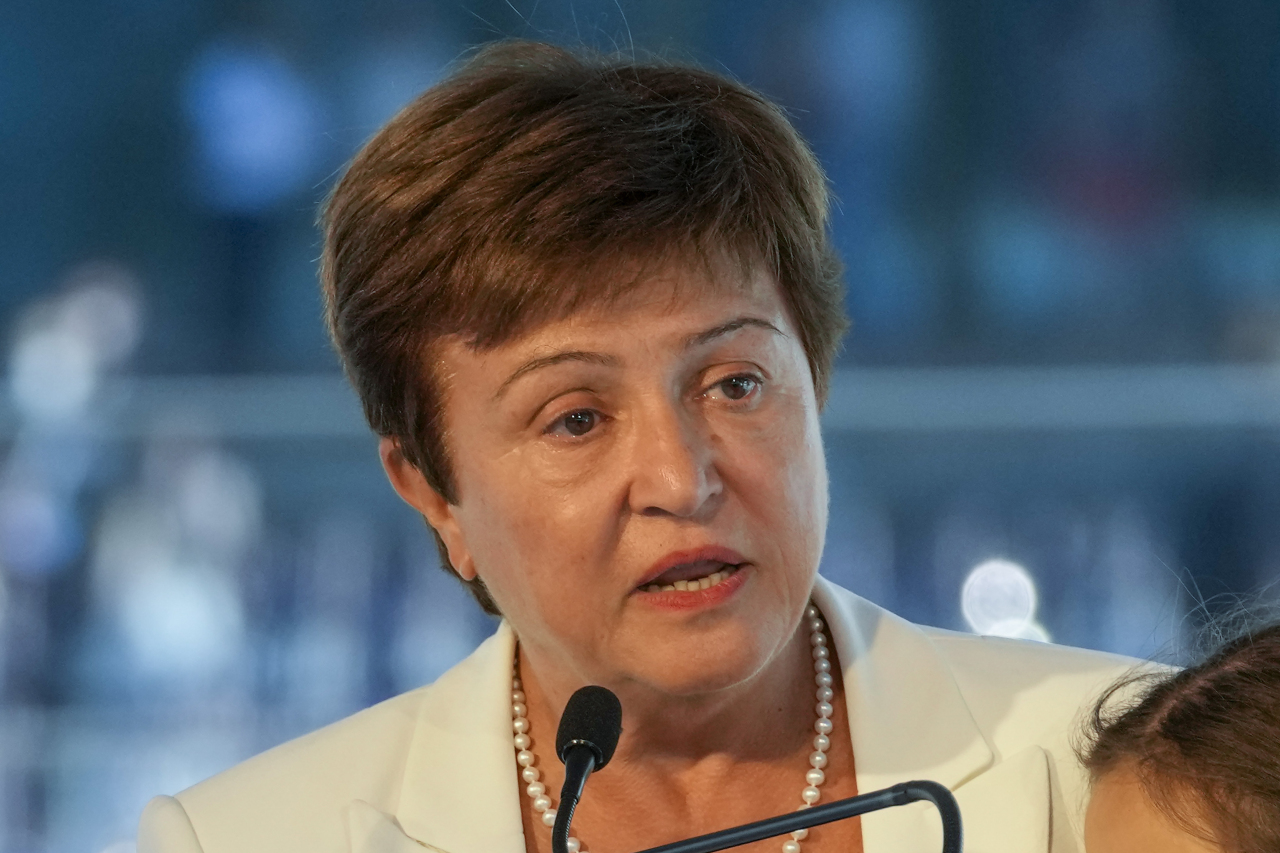 In this Sept. 6, 2021, file photo, Kristalina Georgieva, managing director of the International Monetary Fund, delivers a speech during the opening ceremony for the Floating Office where a high-level dialogue on climate adaptation takes place in Rotterdam, Netherlands. (AP)

The World Bank is canceling a prominent report on business conditions around the world after investigators found staff members were pressured by the bank's leaders to alter data about China and some other governments.

The bank said Thursday it would discontinue ``Doing Business'' following an investigation prompted by internal reports of ``data irregularities'' in its 2018 and 2020 editions and possible ``ethical matters'' involving bank staff.

Staff members changed data on China to improve its ranking under pressure from the office of then-World Bank President Jim Yong Kim and from then-Chief Executive Kristalina Georgieva and one of her advisers, an investigation conducted by Washington law firm WilmerHale for the bank concluded.

Georgieva, now director of the International Monetary Fund, said she disagreed with the findings.

"I disagree fundamentally with the findings and interpretations of the Investigation of Data Irregularities as it relates to my role in the World Bank's Doing Business report of 2018,'' Georgieva said in a statement.

The World Bank, headquartered in Washington, is one of the world's biggest sources of development funding. "Doing Business,'' which looks at taxes, regulation and other business conditions, is cited by some governments in trying to attract investment.

China has tried over the past two decades to increase its influence over international institutions including the IMF, World Health Organization and their policies.

The changes in the 2018 report followed lobbying by China for a better ranking and came ahead of a campaign by the World Bank to raise capital in which Beijing was expected to play a "key role,'' the report said. China is the bank's third-largest shareholder after the United States and Japan.

Changes by analysts who prepared the 2018 report raised China's ranking by seven places to No. 78, according to the report. Other changes affected rankings of Azerbaijan, the United Arab Emirates and Saudi Arabia.

A World Bank senior director acknowledged the "Doing Business'' leadership made changes to "push the data in a certain direction to accommodate geopolitical considerations,'' the report said. It said Georgieva thanked him for doing his "bit for multilateralism.

The senior director interpreted that to mean "not angering China'' during the capital increase negotiations, the report said.

The World Bank researchers knew the changes "were inappropriate,'' but they "expressed a fear of retaliation'' by Georgieva's aide, Simeon Djankov, according to the report.

The Chinese foreign ministry expressed hope the World Bank would "conduct a comprehensive investigation'' to "better maintain the professionalism and credibility'' of "Doing Business.''