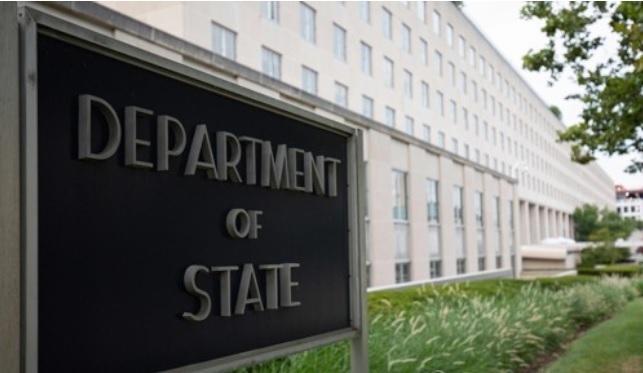 Department of State (Yonhap)
The US State Department on Wednesday condemned North Korea's ballistic missile launches, calling the act a violation of UN Security Council resolutions that poses a threat to its neighbors and the international community.

A department official, however, said the US remains committed to dialogue with the North.

"This launch is in violation of multiple U.N. Security Council Resolutions and poses a threat to the DPRK's neighbors and other members of the international community," the official added.

The missile launches came after the North test-fired a new cruise missile over the weekend.

The department spokesperson said the U.S. remains open to dialogue with the North.

"We remain committed to a diplomatic approach to the DPRK and call on them to engage in dialogue. Our commitment to the defense of the Republic of Korea and Japan remains ironclad."

The U.S. earlier offered to meet with North Korea "anytime, anywhere without preconditions."