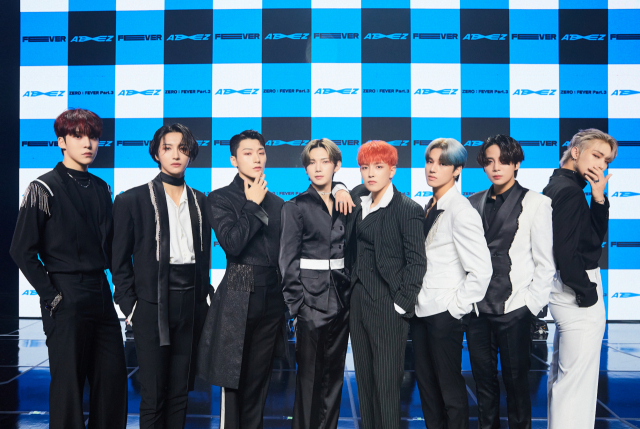 (Credit: KQ Entertainment)
Ateez came out with its seventh EP “Zero: Fever Part 3” on Monday and discussed new music at an online showcase.

The new album deals with the fever and confusion surrounding the youth, he explained, comparing it to the color of blue. The color also is similar to that of the mysterious lights of dawn, just as the world is ready to be revealed, added Yeosang.

The new EP is the third installment of its “Fever” series and features double lead tracks “Deja Vu” and “Eternal Sunshine.”

“The former sings about being attracted to an unknown object, pining for it despite the uncertainty,” said Yoonho. It won the vote, against the latter, from fans as they were in favor of “Deja Vu” showing the sensual sides of the bandmates, mused Mingi.

They are coming out with new music after about six months, and hope their fans will be able to enjoy it together, said Hongjoong, adding they also would be happy to reap good results on television music chart shows. 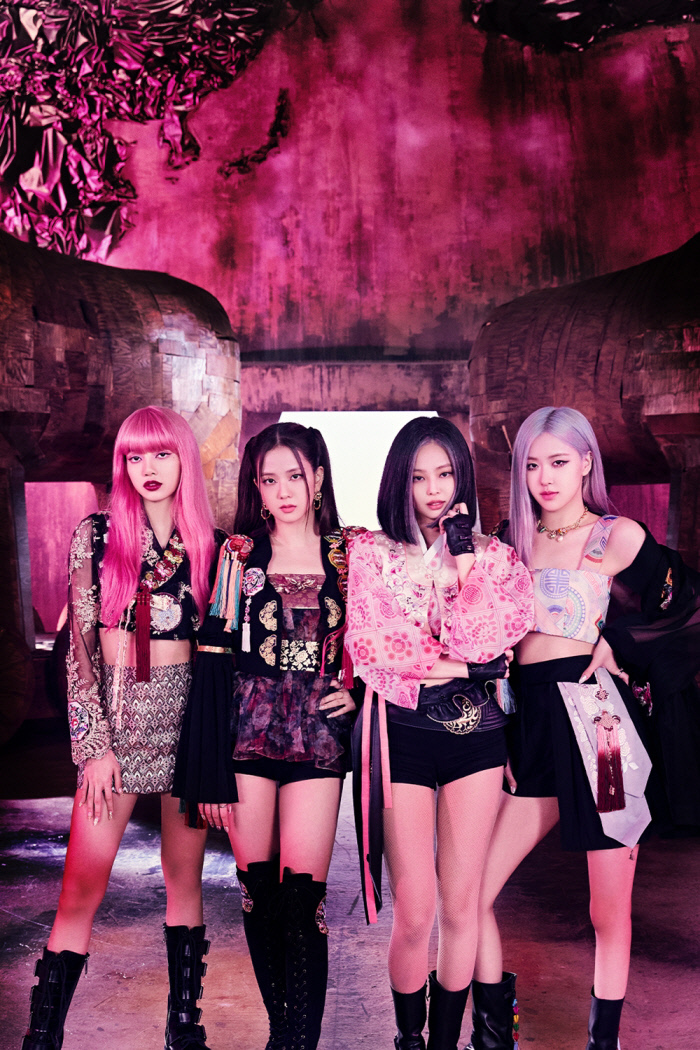 (Credit: YG Entertainment)
Blackpink surpassed 500 million streams on Spotify with its megahit “How You Like That,” a record for a K-pop female band, announced the group’s label YG Entertainment on Monday.

The quartet has a total of 17 songs with more than 100 million streams each on the platform. Six out of eight songs from its first studio album “The Album” are on the list, and the remaining two, “Crazy Over You” and “You Never Know,” are close to reaching the number.

In the meantime, Lisa’s music video for “LaLisa” generated 100 million views on YouTube on Sunday, only two days after its release. That replaced the record set by Psy’s “Gentleman” of about four days for a video by a K-pop solo musician that reached the milestone in the shortest time. The solo debut song topped iTunes top songs chart in 66 regions and entered Spotify’s chart at No. 15.

Astro’s Cha Eunwoo reflects on himself 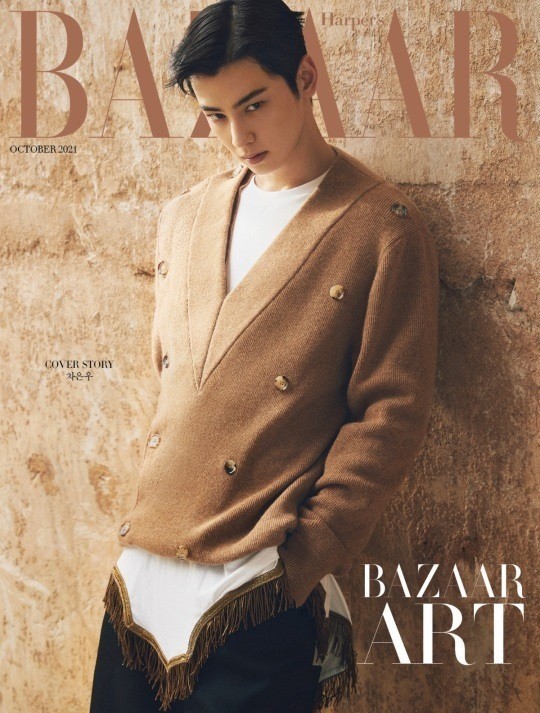 Talking to the magazine that put him on the cover of its October issue, the idol not only struck professional poses for the photo shoot, fit for his title as the brand ambassador of Burberry, but also shared insight into what is on his mind.

“Until last year, I’ve thought I couldn’t wait until I turn 30. But now, I am happy being 25. I will not be able to turn back the clock and come back to this moment,” he said.

Cha confided that he is more ambitious than anyone regarding his work.

“There are times when I feel lost, as if I cannot see what is in front of me. And at times like that, controlling my mind is really important, which is why I try more to choose and concentrate. In other words, I am back and forth,” said the musician laughing. 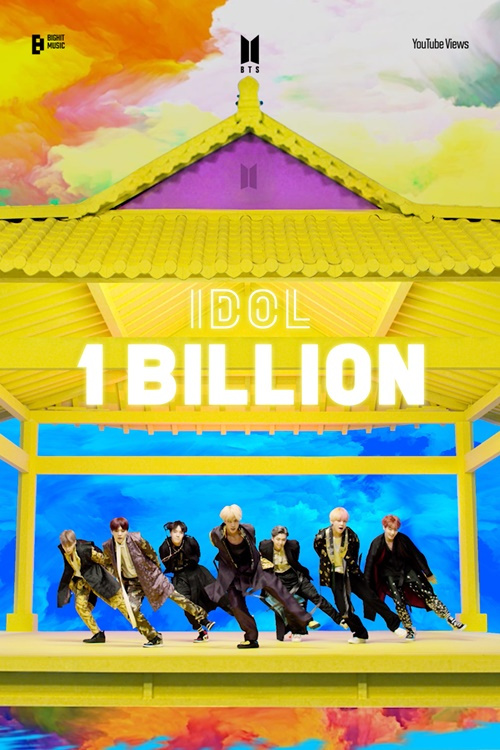 “Idol” is the lead track from the septet’s repackaged album from 2018, “Love Yourself: Answer.” The song landed atop iTunes top songs chart in 66 regions and hit No. 11 on Billboard’s Hot 100 and No. 21 on UK’s Official single chart top 100. The music video surpassed 900 million views in April and gathered another 100 million views in about 4 1/2 months since.

Meanwhile, leader RM thanked fans from around the world for celebrating his 28th birthday together via the band’s Twitter account, and shared a series of pictures.