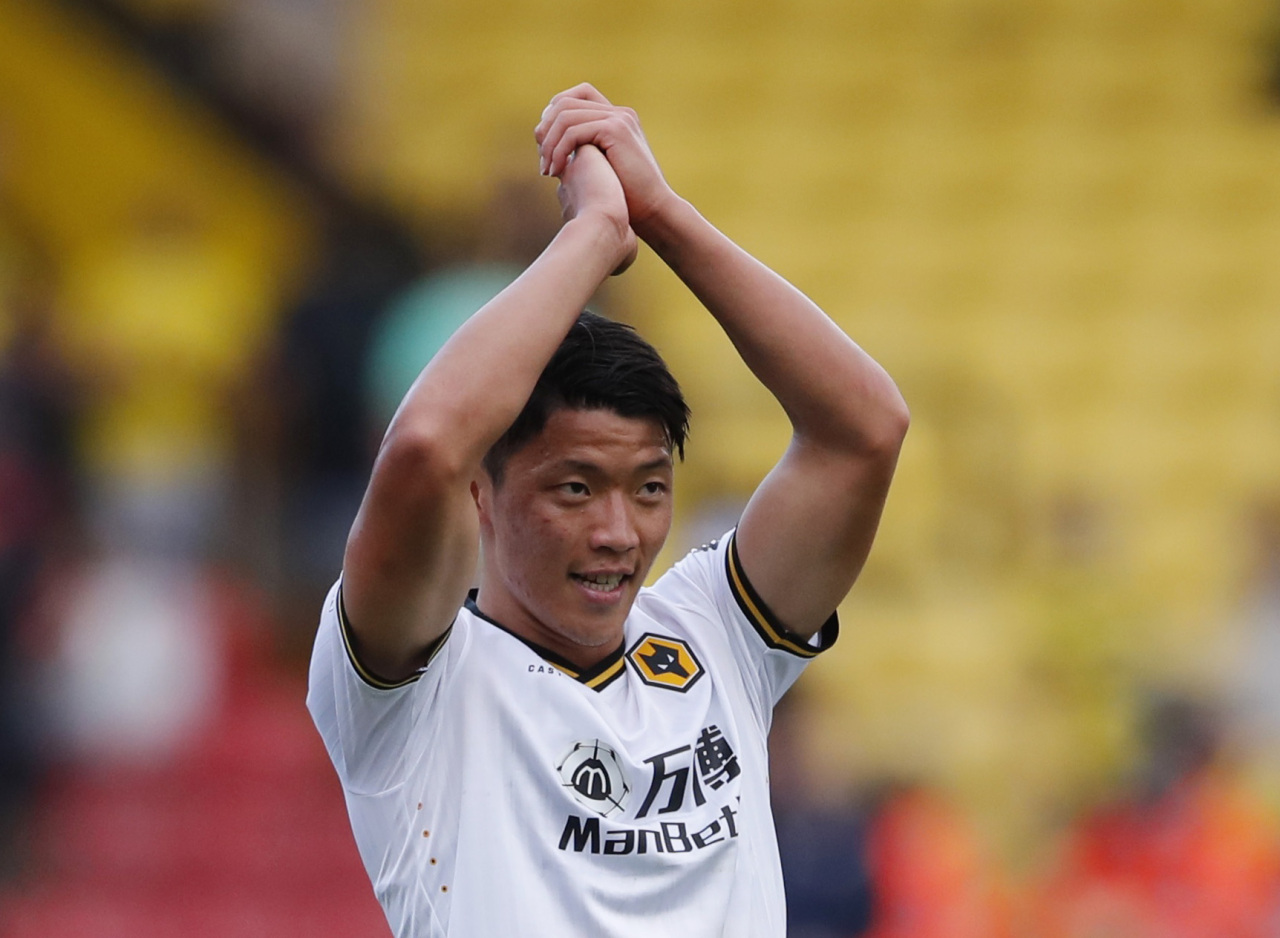 In this Action Images photo via Reuters, Hwang Hee-chan of Wolverhampton Wanderers celebrates after the club's 2-0 victory over Watford in a Premier League match at Vicarage Road in Watford, England, on Sept. 11, 2021. (Yonhap)

The 25-year-old forward netted Wolves' second goal of their 2-0 victory over Watford at Vicarage Road in Watford, England, on Saturday (local time). This was Wolves' first victory of the season in their fourth match and also their first two goals of the campaign.

Hwang is the 14th South Korean to play in the Premier League and seventh from the country to score in the English league.

Hwang, who joined Wolves on Aug. 29 on a loan from the German side RB Leipzig, entered the match in the 63rd minute and punctuated his English debut with a close-range finish 20 minutes later.

Fernando Marcal tried to volley home a cross from Daniel Podence, but the shot was stopped on the goal line by defender William Troost-Ekong. The rebound bounced right to Hwang standing in the goalmouth.

Caught deep inside the net, goalkeeper Daniel Bachmann made a desperate stop on Hwang's initial shot, but Hwang finally poked it home with his left foot to double Wolves' lead.

The visiting club had taken a 1-0 lead on an own goal by Francisco Sierralta in the 74th minute.

The Premier League website named Hwang "King of the Match."

On the South Korean international's goal, Wolves head coach Bruno Lage said, "It's a good start for him and I hope he has a good future with us."

"Hwang and Daniel (Podence) had a position inside of the lines, between the midfielders and defenders, and then we created a lot of chances," Lage noted.

Hwang began his international club career in Austria by signing with Red Bull Salzburg in December 2014. He spent the 2018-2019 season on a loan to the second-tier German side Hamburger SV but otherwise spent his early club days in Austria, scoring 45 goals in 126 matches across four seasons for Salzburg. Hwang also played two seasons with the second-division Austrian club FC Liefering.

Hwang, nicknamed the Bull for his aggressive style of play, is getting a new start with Wolves as he enters his prime years.