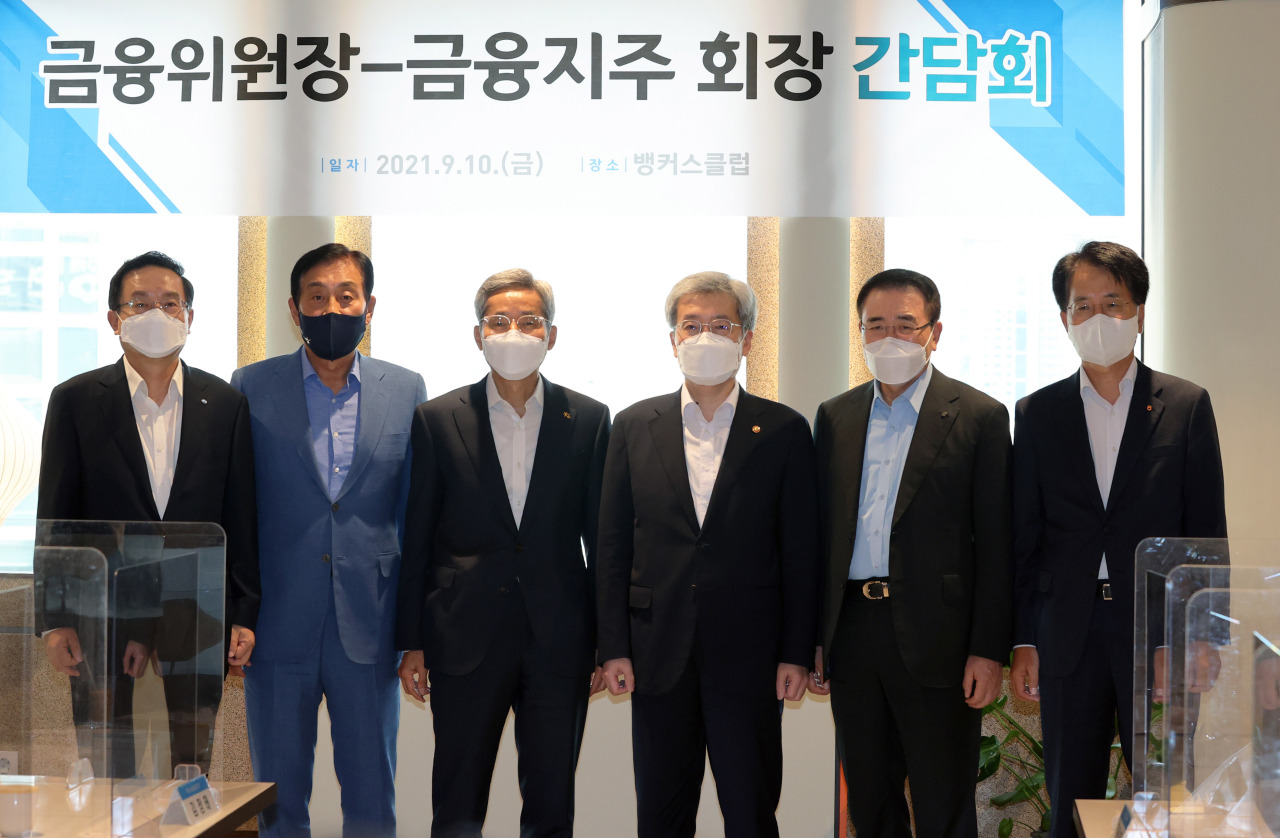 Koh Seung-beom, the new chairman of the policymaking Financial Services Commission, met with the heads of South Korea’s five biggest banking groups on Friday to discuss whether to further put off loan repayment schedules for households and companies reeling from the fallout of the COVID-19 pandemic.

No conclusion has been reached yet, but Koh and the group executives agreed on the importance of inclusive financial policies to boost “cooperation between economic players for mutual growth,” raising the possibility of a further extension of the loan repayment moratoriums due to end Sept. 30, according to the FSC.

Under FSC guidance, local banking giants have extended loan maturity for cash-strapped families as well as small and medium-sized firms since April last year by six months twice, to help ease their financial burdens worsened by the protracted COVID-19 pandemic.

The amount of loan repayments that have been extended stood at 210 trillion won ($179 billion) as of end-July, data showed.

Since taking office late last month, it was Koh’s first meeting with heads of the five major banking groups.

Amid the fourth wave of infections, calls have been growing in Korea to extend the grace period for loan repayments, but some market experts are expressing worries over their fiscal soundness.

Meanwhile, the new FSC chief urged banking groups to tighten their screening for unsecured loans in response to rising household debt given that the volume of household loans taken out by their flagship lenders accounted for almost half of the entire household credit.

The banking group chiefs responded by vowing to keep the annual increase in household debt to between 5 percent and 6 percent, the FSC said.