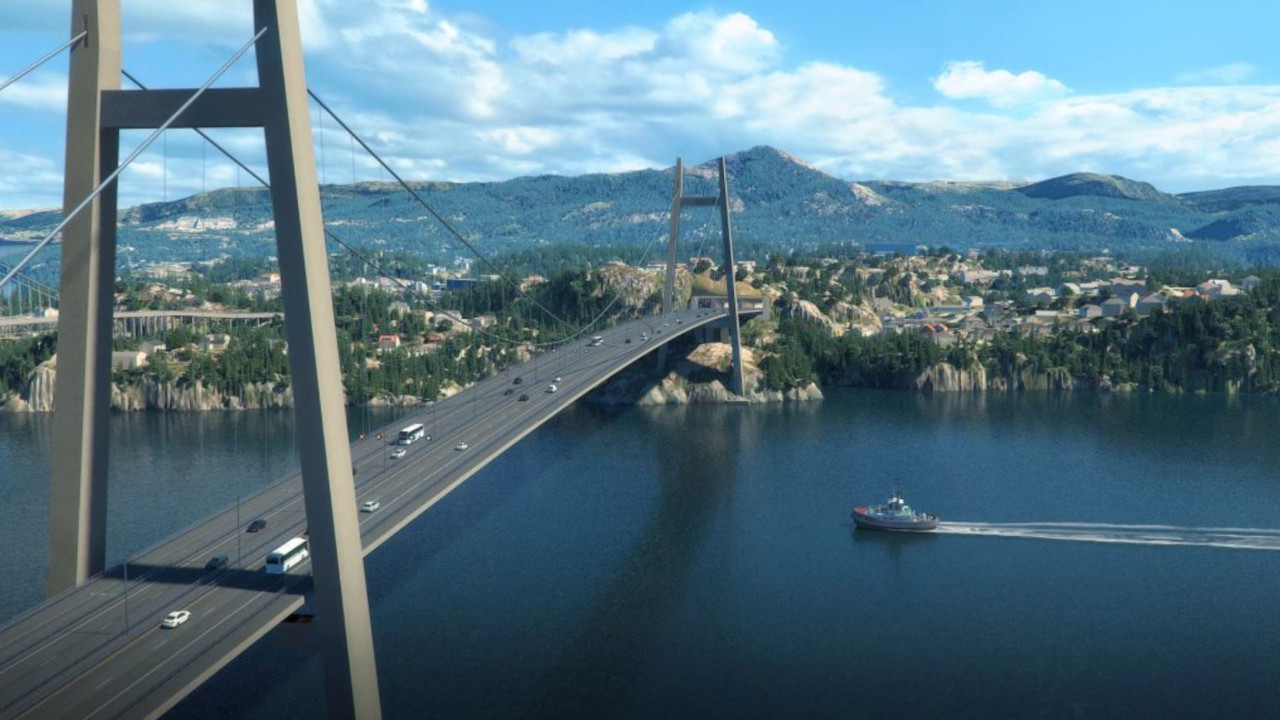 An artistic rendering of the bridge SK ecoplant and its consortium members will build in Norway. (SK ecoplant)
SK ecoplant has won a bid to build a $2.2 billion expressway in Norway, making them the first South Korean construction company to enter the infrastructure business in the north European country.

According to the construction arm of SK Group, a “Sotra Link” consortium consisting of SK ecoplant, Australia’s Macquarie Capital and Italian construction company Webuild, has been chosen for the “Rv555 The Sotra Connection” expressway construction project.

SK owns a 20 percent stake in the investment.

The project aims to build a two-way road that connects the city of Bergen and Oygarden in western Norway. The 10-kilometer four-lane road will include a 960-meter suspension bridge and four tunnels.

The consortium plans to raise funds for the project by early next year before beginning construction.

The bridge is scheduled to be completed around 2027. SK and its two other Sotra Link consortium members will operate the bridge for the next 25 years.

For the actual construction, SK ecoplant will form a separate consortium with Webuild and FCC, a Spanish construction company. SK will be in charge of a third of the construction.

Some 60 percent of the construction expenses will be covered by Norwegian public subsidies. The rest will be paid through what is called an Availability Payment system, where the government pays a predetermined amount every month to the consortium over the duration of the contract.