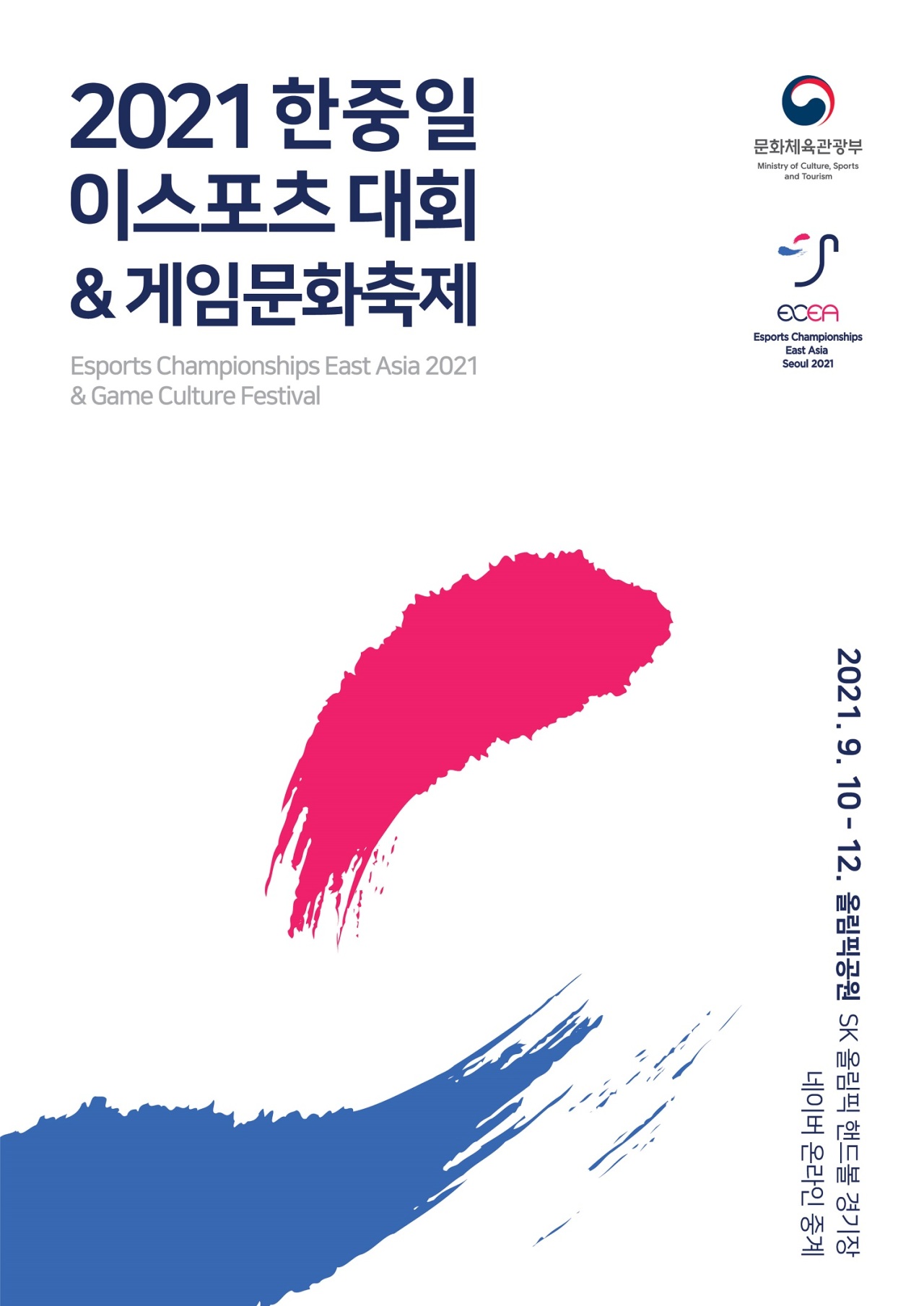 ECEA 2021 will be accompanied by the Game Culture Festival, which is to offer various programs for esports fans.

There will be an array of other events on the sidelines during the competition, including esports-related talk shows, cooking events, lectures about esports culture and gaming sessions hosted by famous celebrities and entertainers.

The Flasic Game Symphony Orchestra will perform a special concert to celebrate the event, playing the original soundtrack of League of Legends and PUBG.

“In a historical esports event, led by the cooperation of Korea, Japan and China, we seek to promote the cultural value of online games enjoyed by users of every generation,” KOCCA’s press release on Sept. 1 quoted its Vice President Jessie Jeong as saying.

In compliance with social distancing guidelines, matches and events will be held without spectators at Seoul Olympic Park in Songpa-gu, southern Seoul.

The opening ceremony is set for 1 p.m. on Friday and ECEA 2021 will kick off with a League of Legends match between South Korea and Japan at 8 p.m.

Streaming will be available online via Naver, YouTube and Twitch.