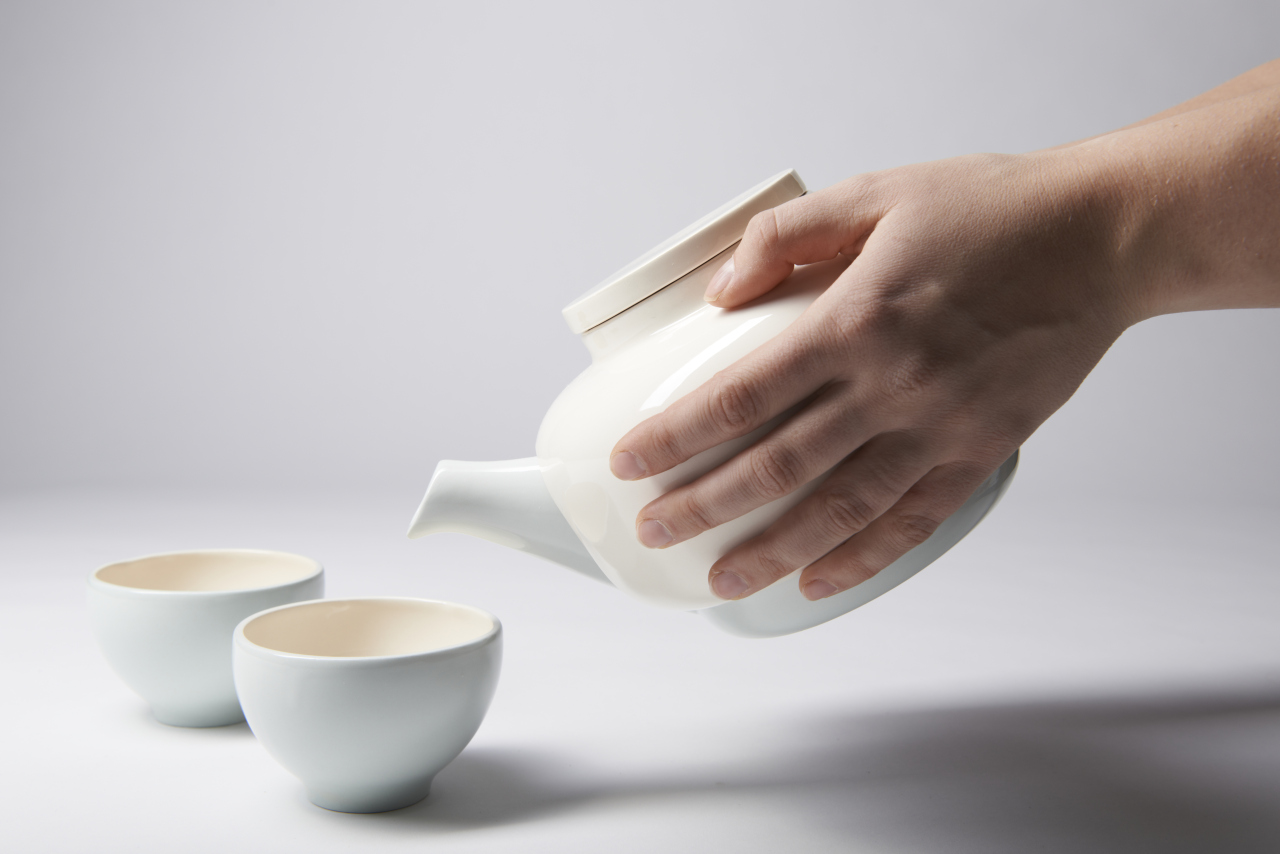 The 61-day biennale aims to show designs that reflect differences in gender, race, ideology and culture and how to embrace the differences by exploring the beauty of each one. An example is Dutch designer Inge Kuipers’ “Tea-Set Touch,” a teapot and cups designed for people with arthritis.

Running through Oct. 31, the biennale features five main exhibitions, a special exhibition, four commemorative exhibitions and an international conference. The main exhibitions deal with the concepts of data, dimensions, day, doing and description. An online exhibition will start in October and can be viewed on the official website of the Gwangju Design Biennale.

As part of the main exhibition, the artificial intelligence hall presents collaboration between humans and technology through the medium of AI. The experience hall looks at the concept of coexistence and examines the new social norms under the pandemic.

The theme of the international conference is “From the Basics to the Revolution” and participants include Peter Zec, chairman of Red Dot; Karim Habib, executive director of design from Kia Global; and Yun Song-yi, president of NCSOFT.

Fans of comics and webtoons shouldn’t miss the 24th Bucheon International Comics Festival, which runs through Sept. 12 both online and offline at the Korea Manhwa Museum in Bucheon, Gyeonggi Province.

In compliance with the social distancing guidelines, the offline exhibitions are open to no more than 280 visitors per day and require online reservations.

Under the theme of “New Normal, New Connection,” BICOF 2021 offers a hybrid experience -- a bright-colored on-site presentation at the festival venue and a virtual docent-led tour of an exhibition of award-winning works via the festival’s official YouTube channel.

There are special programs and hands-on workshops for children, and adults can recall their childhood on the second floor of the museum with the legendary Korean comics “Treasure Island,” “Bridal Mask” and “Robot Taekwon V.”

In the virtual world, award-winning authors will hold an online fan meeting. Concerts featuring webtoon soundtracks and showcase events for new comics and webtoons are available online. More information about the festival can be found at the official website.

For those who missed the world premiere of director Yang Yong-hi’s “Soup and Ideology” at the DMZ International Documentary Film Festival on Thursday, the documentary about a mother’s secret will be screened again Sept. 11 and 14 at Megabox Baekseok in Goyang, Gyeonggi Province, the main festival venue.

The film begins with the death of the main character’s father. Her Zainichi mother -- an ethnic Korean living in Japan -- is left by herself in Osaka, Japan. Their daughter, who lives in Tokyo, worries about her mom and starts visiting her often. One day, the mother reveals a secret: that she had been there on the southern island of Jeju when the bloody April 3 uprising happened. The mother warns her daughter not to tell anyone.

Director Yang’s previous documentaries include “Our Homeland (2012),” “Sona, the Other Myself (2009)” and “Dear Pyongyang (2005),” which show how the Zainichi people view issues related to North and South Korea.

This year 126 documentary films from 39 countries will be screened during the festival, which runs through Sept. 16.

Established in 2009 with the theme of peace, communication and life, the DMZ International Documentary Film Festival aims to become the leading documentary film festival in Asia. Including Yang’s movie, this year’s festival features 126 films from 39 countries.