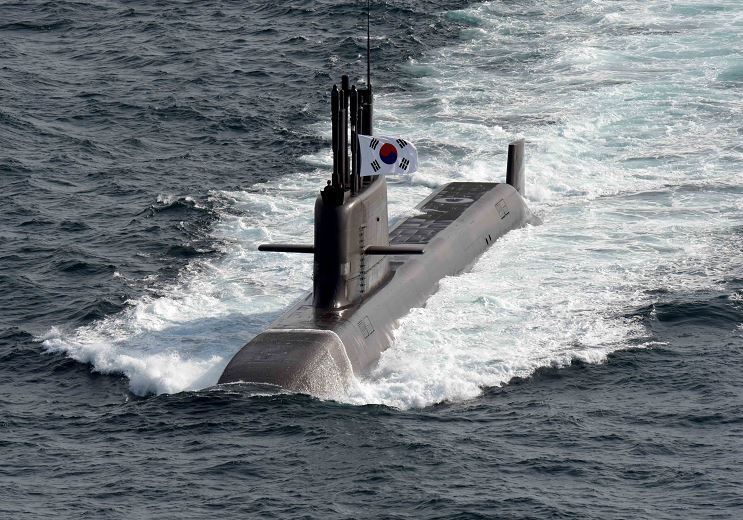 SLBMs have been developed by seven countries -- China, France, India, North Korea, Russia, the UK and the US -- all of which have nuclear weapons.

The homegrown SLBM, code-named Hyunmoo 4-4, is a variant of the Hyunmoo-2B ballistic missile, which could fly up to 500 kilometers and reach anywhere in North Korea. It will go through more tests before being deployed on the Dosan submarine.

The Ministry of National Defense, which declined to confirm the details for security reasons, has said it will build more powerful missiles to enhance its strike capabilities as part of a 315 trillion won ($271 billion), five-year plan starting next year.

Seoul, which is aiming to target Pyongyang’s heavily fortified bunkers and tunnels, is planning to put up a stronger missile defense to protect the capital, which falls within the range of the North’s long-range rockets.

Meanwhile, North Korea was seen as preparing to hold a military parade as early as Thursday to celebrate its regime’s founding, with the defense minister here saying he would closely monitor any signs of unusual activity there.

North Korea could show off its latest weapons at the parade, following a precedent in October last year when it unveiled an improved SLBM, making a thaw in inter-Korean ties harder.

In late July, the two Koreas reconnected hotlines. But they failed to pick up the momentum needed to improve their ties as North Korea returned to ramping up tension. Pyongyang warned that Seoul and Washington would face a more serious security crisis as a result of their annual August drills.

North Korea, which the International Atomic Energy Agency recently said could be resuming work on nuclear weapons, has refused to reopen nuclear dialogue with the US.