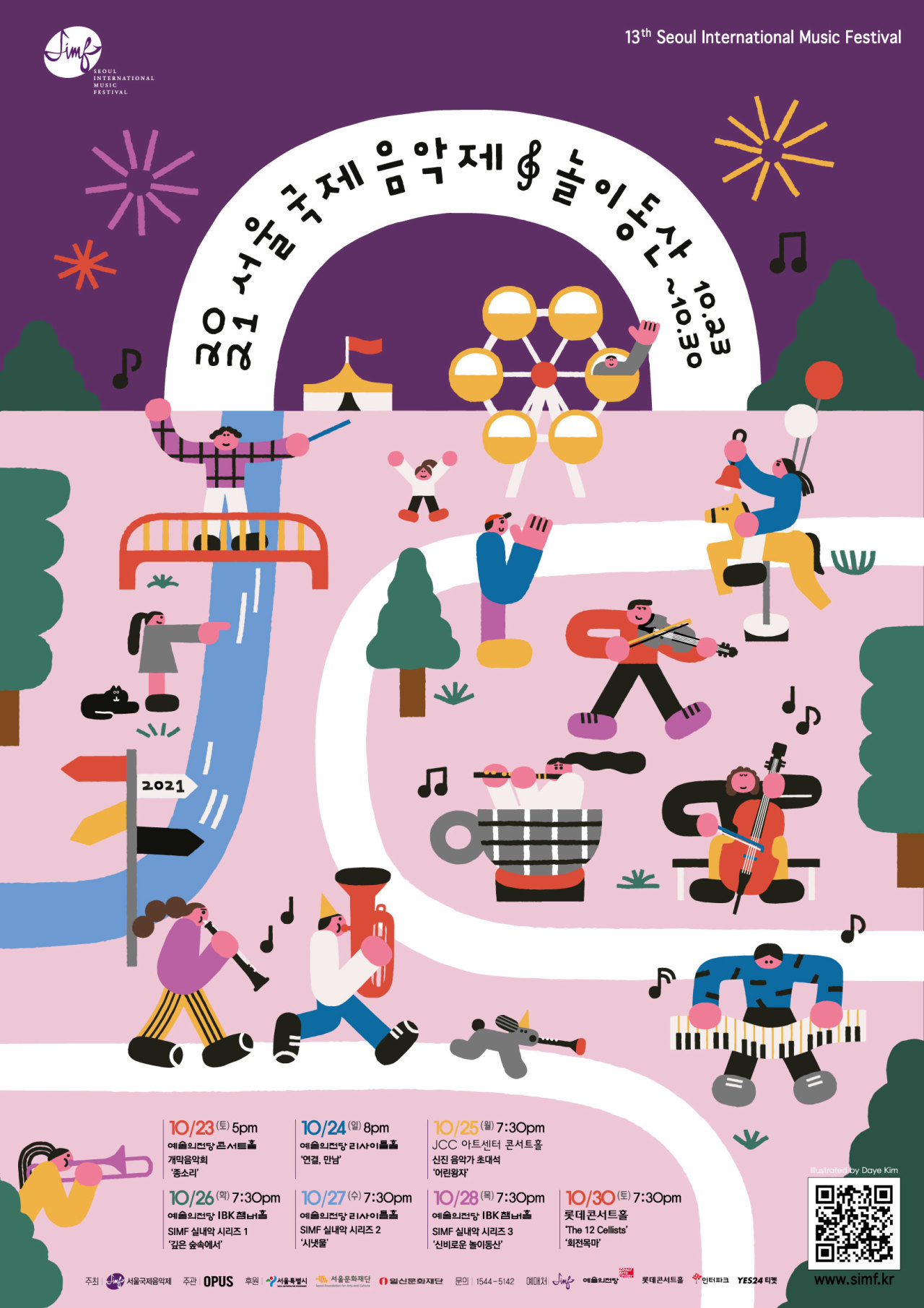 The festival will take place across Seoul, including the Seoul Arts Center and the Lotte Concert Hall, Oct. 23-30, hoping to offer joy and comfort to classical music audiences hit by the COVID-19 pandemic.

The 75-minute symphony was inspired by Ryu’s nephews and nieces who could not go to school regularly due to the pandemic. Ryu also took inspiration from sonnets written by Shakespeare from when he was isolated due to an outbreak of the bubonic plague.

Though the symphony piece was written amid the pandemic times -- when small sized chamber music became the norm instead of large orchestral performances -- the work involves a full orchestra, multiple vocalists and a choir.

The festival will also give three chamber music performances, each titled “From Deep Forest,” “Water of Brook” and “Mysterious Amusement Park,” presenting works by Schumann, Debussy, Brahms, Strauss and more.

The festival will close with the “Merry-Go-Round” recital, featuring 12 cellists. The cellists -- Song Young, Arto Noras, Dmitry Kouzov, Maja Bogdanovic and more -- will present well-known signature cello repertoires in a grander version. The cellists will take turns onstage like a merry-go-round, presenting Klengel’s Hymnus fur 12 Celli, Op. 57, Villa-Lobos’ Bachianas Brasileiras No. 5 for cellos and soprano, along with more works. Soprano Lee Myung-joo will join the stage.

Tickets for the festival will open on Wednesday.