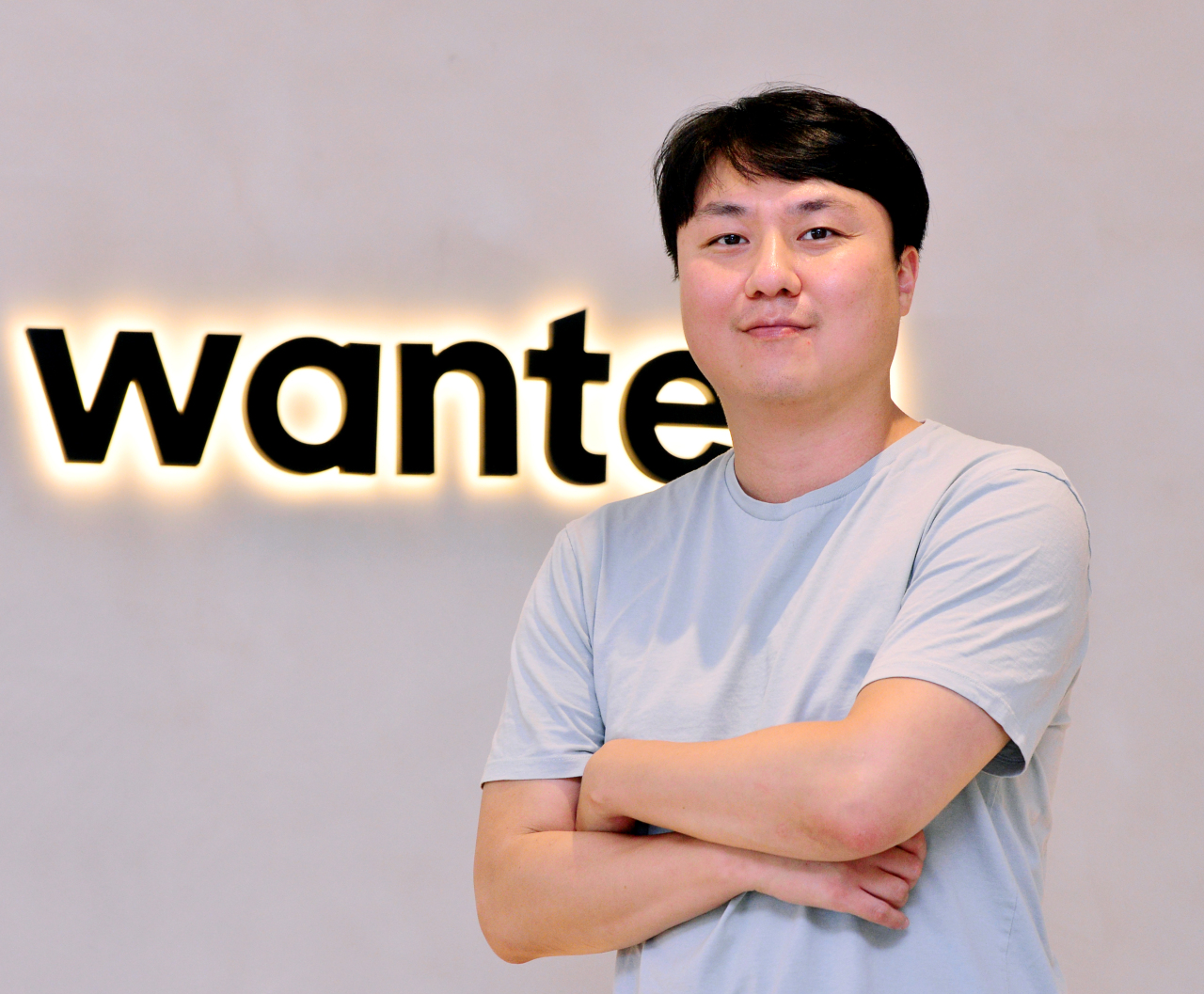 Having spent around five years at a consulting firm seeing tech mammoths like Samsung and LG pay millions of won to solve business problems, he was certain there would be at least one problem he can solve on his own.

But finding the right one was not an easy journey.

After brainstorming hundreds of businesses ideas, two failed startups, and losing his 100 million-won ($86,400) severance pay, Lee realized the problem he was looking for was right under his nose.

“When I was recruiting members to join my startup project, I realized our labor market was very inefficient at finding the right people,” he said.

Lee thought it was “abnormal” how Korea’s job market worked at the time.

Businesses were spending tens of millions of won to post job notices on recruitment websites targeting random people. Job seekers, especially computer developers, relied on headhunters who sometimes had little to no knowledge on the company or the project they were hired for.

“If you think about it, the actual people (staff) we end up working with are those recommended by people inside our network. That got me thinking, ‘If we can materialize this idea into a (feasible) platform there’s got to be people who’d spend money on it,’” he explained.

So, in 2015, he founded Wanted Lab, a job recommendation platform that uses artificial intelligence.

Wanted Lab’s goal was to use technology to find the most appropriate people in the most efficient way possible. The AI-based tool they developed matches candidates with job postings.

The system also utilizes the old-fashioned “human network,” giving financial incentives to members when someone they recommend gets hired for the job.

With the popularity of professional networking services such as LinkedIn, more local job seekers and companies started looking for new ways of recruiting and hiring.

In its early stages, Wanted Lab had a very small pool of users -- 1,000 job seekers and 30 corporate members. Six years later, as of September, the platform boasts 2.2 million job seekers and some 10,000 firms.

The COVID-19 pandemic was an unexpected boon for the firm, as it accelerated the speed of change in the local hiring culture, Lee said.

Many Korean conglomerates are starting to change from massive, annual “open recruitments” to small-scale hiring on demand, to avoid infection risks that comes with written tests and group interviews conducted en masse. According to the Korea Research Institute, the number of companies willing to hire people on demand grew by 11 percent from last year to 63.6 percent.

“I think the ‘hiring philosophy’ at companies are gradually changing. In the past, HR managers thought they can cultivate talent in-house with education and training. Companies are starting to realize that system is no longer suitable in a rapidly changing world we live in now,” he explained.

Wanted Lab’s performance this year reflected this change in the job market.

The firm’s second-quarter operating profit jumped 381 percent from the previous quarter to reach 2 billion won. It also saw the number of job notices and number of people hired through the platform grow -- 2.7 times and 2.4 times, respectively -- from the previous year. 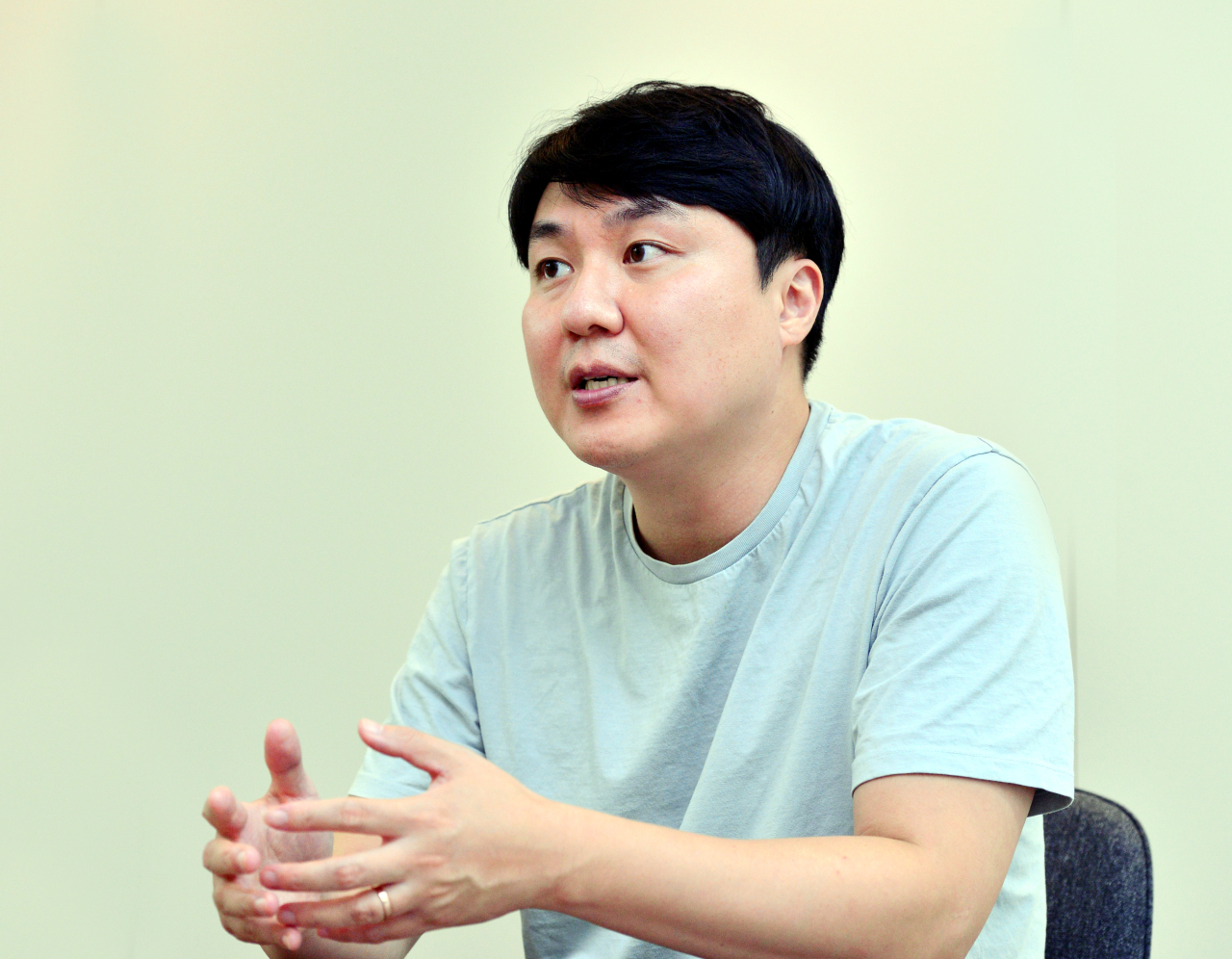 CEO of Wanted Lab, Lee Bok-kee (Park Hyun-koo/The Korea Herald)
The company went public on Aug. 11 on the tech-loaded Kosdaq market. It was a rare achievement for a firm as young as Wanted, as it usually takes around 10-12 years on average for a startup to debut on the stock market.

With its successful IPO, their next goal is to expand overseas, Lee said.

The company is focusing on Japan, the largest job market in Asia. While the company is drawing interest from tech companies like Rakuten and Softbank, the biggest challenge is how to overcome Japan’s deeply rooted and outdated hiring customs, the CEO said.

“(The biggest challenge) in Japan is the ‘analogue’ hiring culture that still exists today. There are a lot of companies there that still require candidates to submit handwritten resumes by post even though they are big enough to be listed on the stock market. Our homework is finding a way to convince these conservative audiences (in Japan) to use our platform,” he said.

Lee also looks to add more services to develop Wanted into a platform for lifelong career management. As part of such efforts, the firm opened “Wanted+,” a content platform that provides video lectures and offline events on career development, and “Wanted Gigs,” a job searching platform for freelance workers.

“Wanted Lab is very interested in making people’s career journey happy. In order to do that, we need to help people build their career and network with others. Sometimes they need motivation, at other times they need rest to prevent a burnout. We are trying to utilize our big data to provide other solutions that can help people develop their career in the long run,” said Lee, explaining the company’s long-term vision.

“When I decided to start my own businesses, my goal was to solve about three important problems in the world. I wanted to do something good, something that can make people around me happy. Now as I look back, I see myself coming closer to fulfilling that goal.”