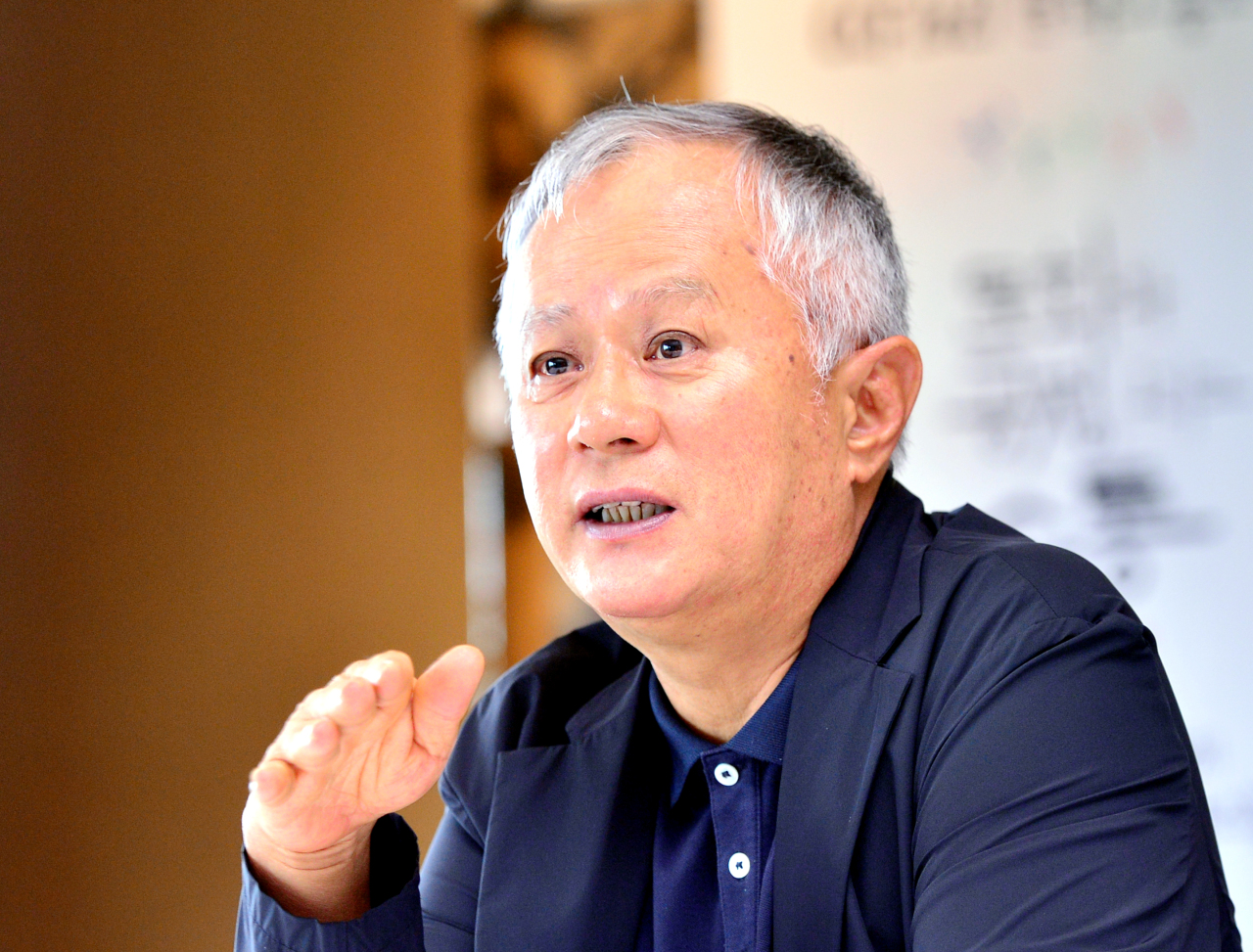 Debuting as a child actor in 1965, it is no exaggeration to say Sung has been involved in almost every field of Korean culture and the entertainment business. Sung spent his adolescence acting in movies, dramas and musicals.

The actor then moved to stage production, creating the legendary nonverbal drumming performance “Nanta.” Sung was widely recognized for his role as the executive producer of 2018 PyeongChang Olympics opening and closing ceremonies. That experience led him to take on a role as commentator during the Tokyo Olympics opening ceremony for a Korean network broadcaster.

Song, 64, seeks to fulfill a new dream of building an online archive to record data on Korean veteran actors like Kim Young-ok, Kang Bu-ja and Lee Soon-jae. On his own YouTube channel “Song Seung-whan’s Wonderful Life,” the director invites the actors and interviews them to hear their stories.

“I have worked with many actors in different fields for more than 40 years and I always loved hearing many stories from my seniors that are not necessarily related to work or acting,” the director said in a recent interview with The Korea Herald.

“As I became older, I worried that the senior actors’ great tales and amazing experience would be forgotten after their deaths. This is such a waste.”

“Video has become the main method in recording data and I am a person more comfortable with speaking than writing, so are my seniors,” Sung said. “I am really happy to see people find my content not only interesting but also valuable in understanding Korean history from different angles. The stories of my guests cannot be separated from the country’s modern history. I think the viewers and subscribers find it interesting to hear the tales of the Korean War from movie stars, not from their history teachers,” the director added. 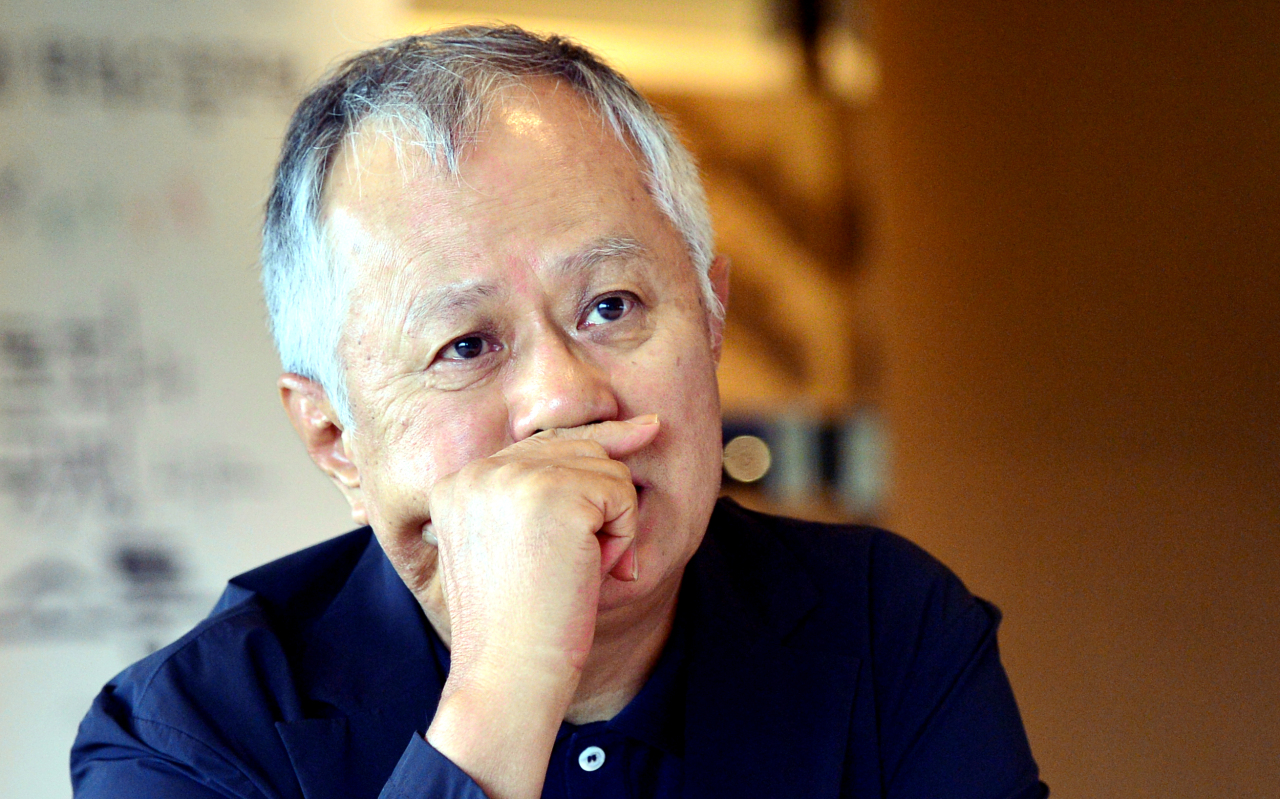 Artistic director of PMC Production Song Seung-whan speaks in an interview at Grand Hyatt Seoul in Seoul, Sept. 1. (Park Hyun-koo/The Korea Herald)
While expressing excitement for the challenges as a YouTube creator, Sung shared his mixed emotions about the performance industry during the extended COVID-19 pandemic.

“Since our first performance in 1997, ‘Nanta’ has caught global audience’s attention and planned to mark its 25th anniversary next year. Before the outbreak of COVID-19, we prepared to build an exclusive ‘Nanta’ performance center in Hawaii to promote ‘Nanta’ to the travelers from around the globe. The plans are temporarily on hold,” the director said.

When asked if he would consider holding a virtual performance instead, Sung said there is a limit to digitalizing performing arts.

“Thanks to the advanced technology, we are trying to overcome many difficulties created by the COVID-19. But not everything can be substituted by online format, especially with the performing arts. I made a comeback to the theater stage for the first time in nine years with ‘The Dresser’ in 2020. As the situation became worse, the theater suggested filming and making a video, with which I greatly disagreed. On-the-spot experience is the most important characteristic of a stage performance,” Sung said.

“You can see the ocean in YouTube videos or TV programs, but feeling the cool summer breeze and cold sea is different. The live element of a performance cannot be delivered via videos. I think this is why I hesitated to make the online transition with ‘Nanta’ as well.”

With the rising vaccination rate around the world, Sung hoped one day to showcase “Nanta” live to audiences again. 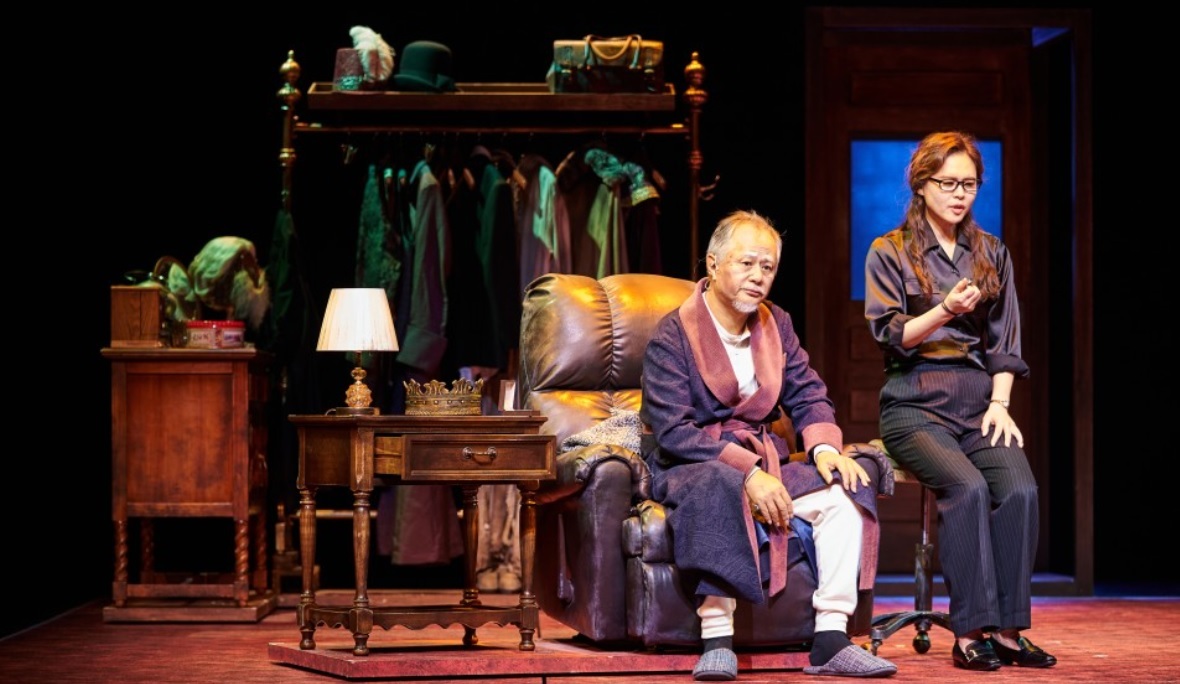 Actor Song Seung-whan as Norman in “The Dresser” (Jeongdong Theater)
The actor is looking forward to his return to the stage with the next run of “The Dresser.”

“The character Norman shares many similarities with me, including being a representative of a theater company and an old actor. With the second presentation starting in November, ‘The Dresser’ has become a more precious work for me,” he said.