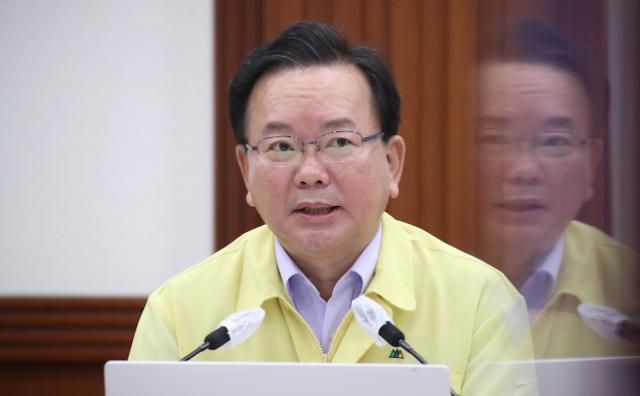 On Friday, Prime Minister Kim Boo-kyum said that business hours of restaurants and cafes in the Seoul metropolitan area will be extended by one hour to 10 p.m., starting next week and to last four weeks.

The current social distancing rules -- Level 4 in Greater Seoul and Level 3 in most other areas -- will be extended until Oct. 3. But exceptions will be made for those who are fully vaccinated.

“The restriction on the number of people gathering in restaurants and cafes (in Greater Seoul) is extended to six,” Kim said.

“But it is limited to cases where at least two people during the day and four people after 6 p.m. are fully inoculated.”

In areas outside Greater Seoul where Level 3 social distancing rules are implemented, up to eight people, including four fully vaccinated people, are allowed at all multiuse facilities.

In the cases of a wedding venue, up to 99 people are to be allowed if no meals are provided. Under the current toughest curbs, only 49 people are permitted.

Regarding the quarantine measures for the Chuseok holiday this month, Kim said, “We have decided to allow family gatherings of up to eight people, including four fully vaccinated people, for a one-week period (from Sept. 17 to 23).”

He still urged people to refrain from visiting their hometowns and, if they should go, to visit after receiving vaccines or diagnostic tests.

“Before the Chuseok holiday, enough vaccines will be introduced to achieve the goal that more than 70 percent of the public will receive first doses of vaccines.”

He said 32.7 percent of the public had been fully vaccinated as of Thursday, and for the portion of the population over the age of 18, that number marked 38 percent.

The government said 905,000 doses of the Moderna vaccine were to arrive at the Incheon Airport on Friday, out of the 7.01 million doses that Moderna promised to supply by this week.

Of the promised doses, 1.01 million arrived Aug. 23, 1.02 million came Thursday and the remaining vaccines are set to arrive in batches through Sunday.