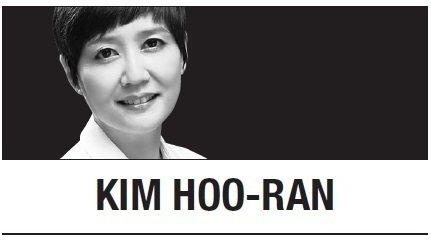 A photo of massive, foreboding, rocky mountains, barren except for a few bushes, with a truckload of soldiers carrying rifles is a lasting image I have of Afghanistan.

I used the photo, clipped out of Time magazine, I think, to make a scrap book about various countries -- a middle school geography assignment. I don’t remember why I chose Afghanistan, among all the other countries that started with the letter A. Perhaps because this was in the early 1980s and the country was much in the news back then, following the Soviet invasion of Afghanistan in December 1979. The Soviet-Afghan War, a Cold War-era proxy war, dragged on for more than nine years, ending with the Soviet troops pulling out in February 1989.

Afghanistan did not come to my attention again until the US attack of Afghanistan in October 2001 made news headlines. The US sought to remove the Taliban from power when they refused to hand over Osama bin Laden, the al-Qaida founder and mastermind of the Sept. 11, 2001 terrorist attacks in the US.

Sometime in the early 2000s, I had an opportunity to interview an Afghan official in Seoul. I vaguely remember that her work had to do with human rights in Afghanistan. I do remember that she talked about the harsh conditions under which women and girls lived during the Taliban rule. Many professional women who were banned from working and forced to stay at home committed suicide. “Yes, I received a chain email about the situation in the late 1990s,” I said.

I clearly remember the forlorn look in her eyes when she said I should come visit Afghanistan when things have settled. “It is a beautiful country,” she said with a soft sigh, looking at Bukaksan outside the window.

The situation in Afghanistan never really got good enough for a causal, touristy visit.

That war dragged on for 20 years, until the US troops pulled out on Aug. 31 and US President Joe Biden declared, “The war in Afghanistan is over.”

A few days earlier, on Aug. 26 and Aug. 27, 390 Afghan allies of Korea and their families arrived in Seoul aboard Korean military cargo planes in an operation aptly named “Operation Miracle.” As Korean officials who were involved in the operation recalled, it was nothing short of a miracle that all Afghan allies who wished to leave were evacuated from the country.

The Afghan allies are medical professionals, vocational trainers, IT specialists and interpreters who worked alongside Koreans at the Korean Embassy and hospitals and a job training center that was run by KOICA, the Korean government’s official development assistance agency. Korea conducted various military and relief operations in Afghanistan after 2001, including Provincial Reconstruction Team activities from 2010-2014. Having helped foreign organizations, these allies were at risk of harsh reprisals from the Taliban.

The pictures of young children holding stuffed dolls half their size, coming out of the immigration area of Incheon Airport, tugged at my heart. The dolls were apparently an idea that came from Korean officials. Holding soft dolls would offer some comfort to children who had just been through a harrowing ordeal, they thought.

Although their faces had been blurred, I saw the fatigue from the long travel and relief at safe arrival. Waving their hands, looking straight at the cameras that awaited them at the airport, I also saw in these youngsters expectations for better days. I am happy and relieved that young children, infants and their parents were able to escape grave harm.

The Afghan allies will be issued long-term stay visas, the government said. As “special contributors” to Korea, the Afghans were issued short-term visas but will later receive F-2 visas, which allow the holders to work and live in the country for up to five years. They will later be given the chance to apply for permanent residency.

The results of a recent poll indicate that Koreans are ready to embrace the Afghan allies. The survey of 500 people showed almost 70 percent of South Koreans supported the government’s plan to grant long-term stay visas to the Afghan allies.

An Afghan father, in an interview with local media, said that he would like to stay for a long time and have his children be educated in Korea and become doctors. I hope the children do indeed become whatever they and their parents wish.

The government and more importantly, Koreans, should do all that can be done so that the Afghans do not come to regret their decision to leave their homeland, that they can be assured that their future in Korea can be anything that they make it to be. This will require a lot more than plush toys.

Kim Hoo-ran is the culture desk editor at The Korea Herald. -- Ed.