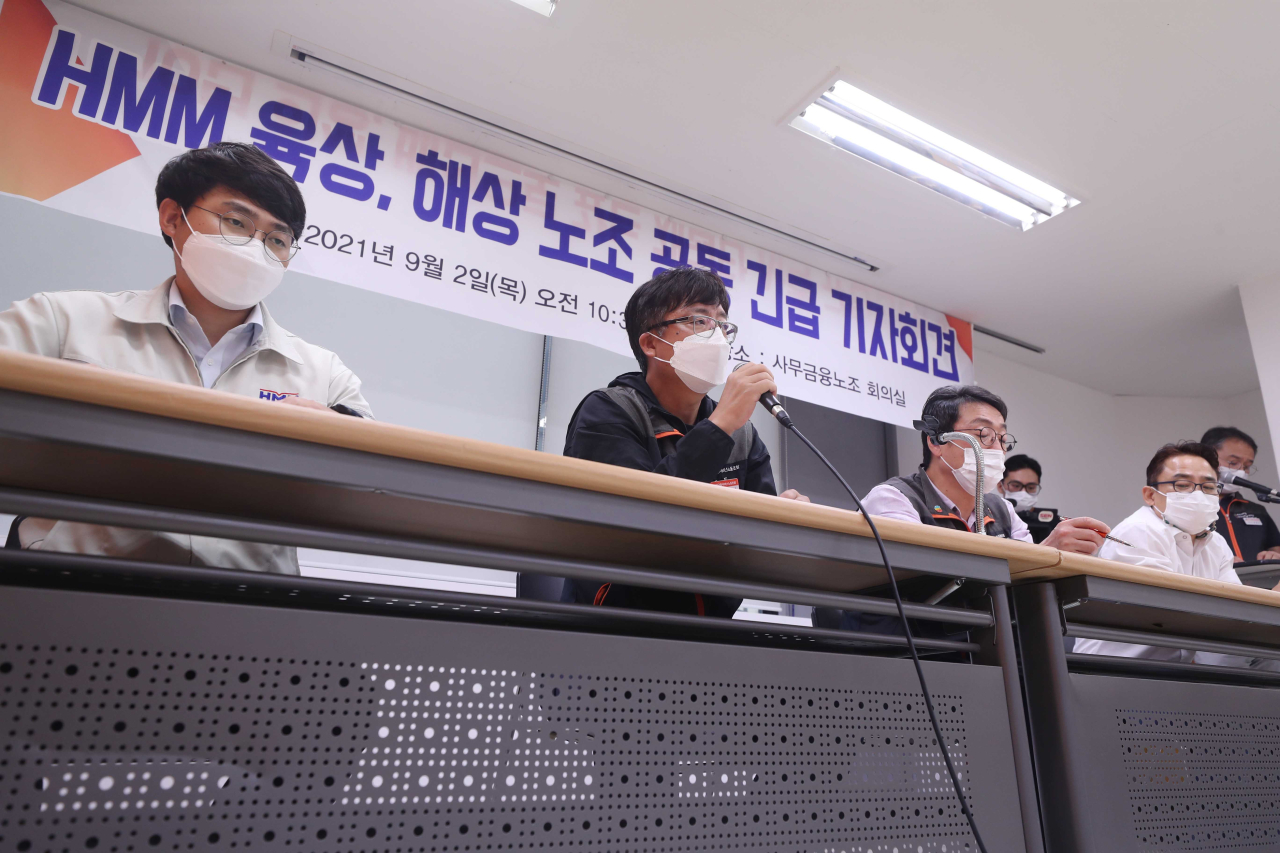 The deal, reached early Thursday morning after marathon negotiations, ended 77 days of labor strife, which was a source of concern for South Korea’s export-oriented economy.

It appears to be a major compromise on the part of the workers, who initially demanded a 25 percent hike in salary and a bonus equal to 1,200 percent of monthly pay.

The management’s last revised offer was 8 percent for wages and 500 percent for the bonus.

“The final wage deal may not meet our expectations, but we couldn’t just sit on our hands and watch snowballing concerns over a possible disruption in maritime logistics,” said Kim Jin-man, head of the land-based workers’ union at HMM.

The management, in an apparent effort to put pressure on the unions, had said a strike lasting three weeks would deal a major blow to the export-oriented national economy, resulting in damage of some 680 billion won ($586 million).

“We headed into the negotiations with a heavy burden, since we are responsible for 99.7 percent of maritime freight that come and go from South Korea. We hope the public understands all the hard work the sailors have put in despite the hard working conditions during the pandemic,” said Jeon Jeong-geun, head of the sailors’ union.

While agreeing to the wage deal, management and labor agreed to form a task force to continue discussions on remaining matters such as working conditions.

“We apologize to the public for the prolonged negotiations and causing logistics concerns,” said HMM in a statement.

The company reported 211 billion won in its second-quarter net profit, which was a whopping 650 percent jump from a year earlier.