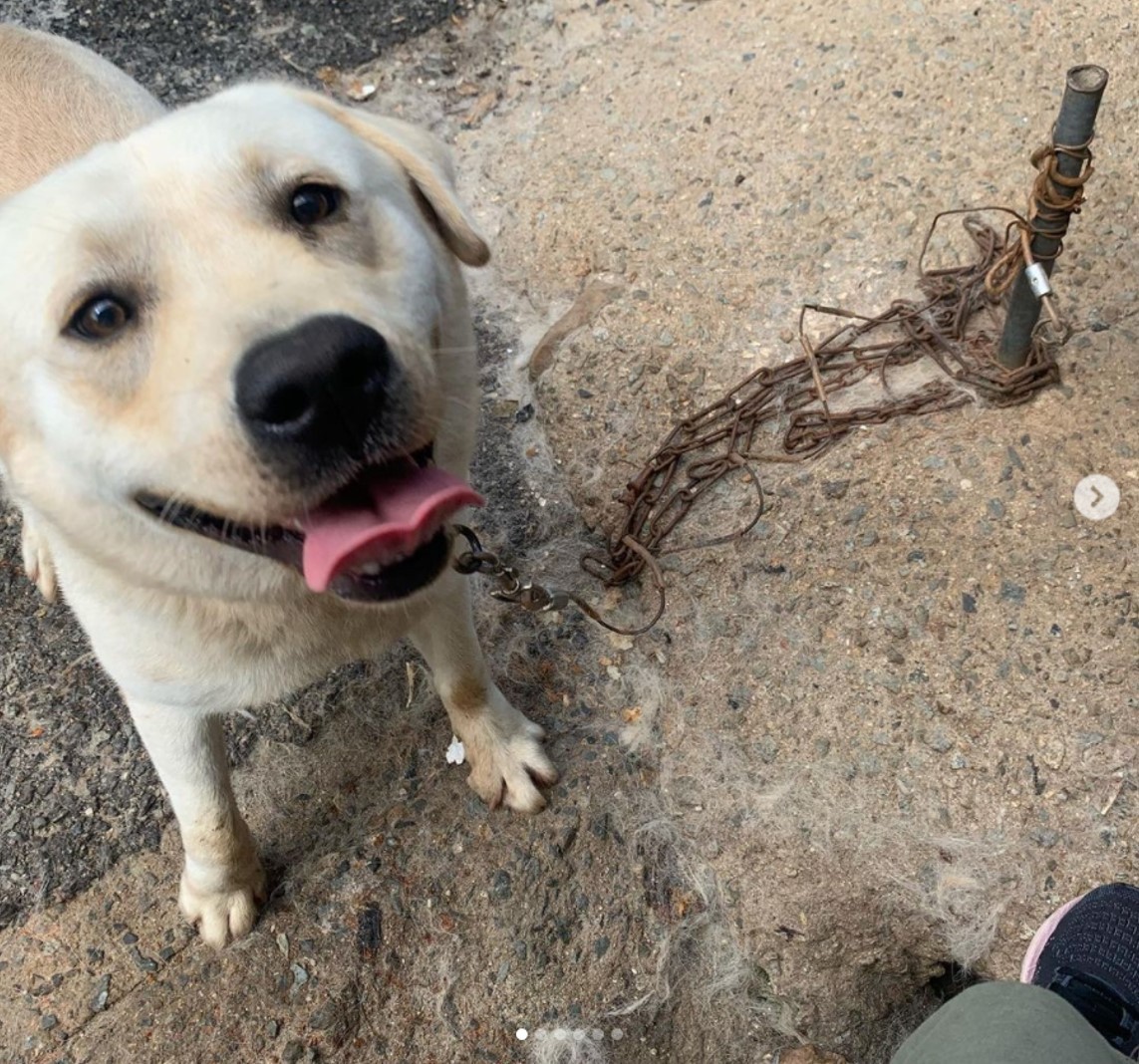 Screen Capture of Aware Korea Instagram
Dogs living outside on a short leash are a common sight in Korea, but the majority of people here feel such practices should be banned by law, a survey shows.

A majority of Koreans are also against the consumption of dog meat, the survey shows.

Nearly 8 out of 10 Koreans, 78.1 percent of respondents, are in favor of banning slaughtering and selling dogs and cats for food, with 48.9 percent saying they are strongly in favor of such a ban.

Moves to ban dog consumption have emerged in politics in recent years.

In 2018, Pyo Chang-won, then a lawmaker of the ruling Democratic Party of Korea, proposed a bill to ban the slaughter of dogs, though it failed to pass in the 20th Assembly. Early this year, ruling party lawmaker and Environment Minister Han Jeoung-ae proposed a similar bill before being appointed in the position. Last month, presidential front-runner and Gyeonggi Province Gov. Lee Jae-myung called for a ban on eating dogs and selling pets at the legal and institutional level.

The poll showed many Koreans believe laws should be toughened to protect animals.

When asked why animals are abandoned, 76.5 percent of respondents pointed to the lack of responsibility of those who raise pets. In the survey that allowed multiple responses, 58.5 percent said the level of punishment is weak, while 47.7 percent said it is easy to buy and sell pets.