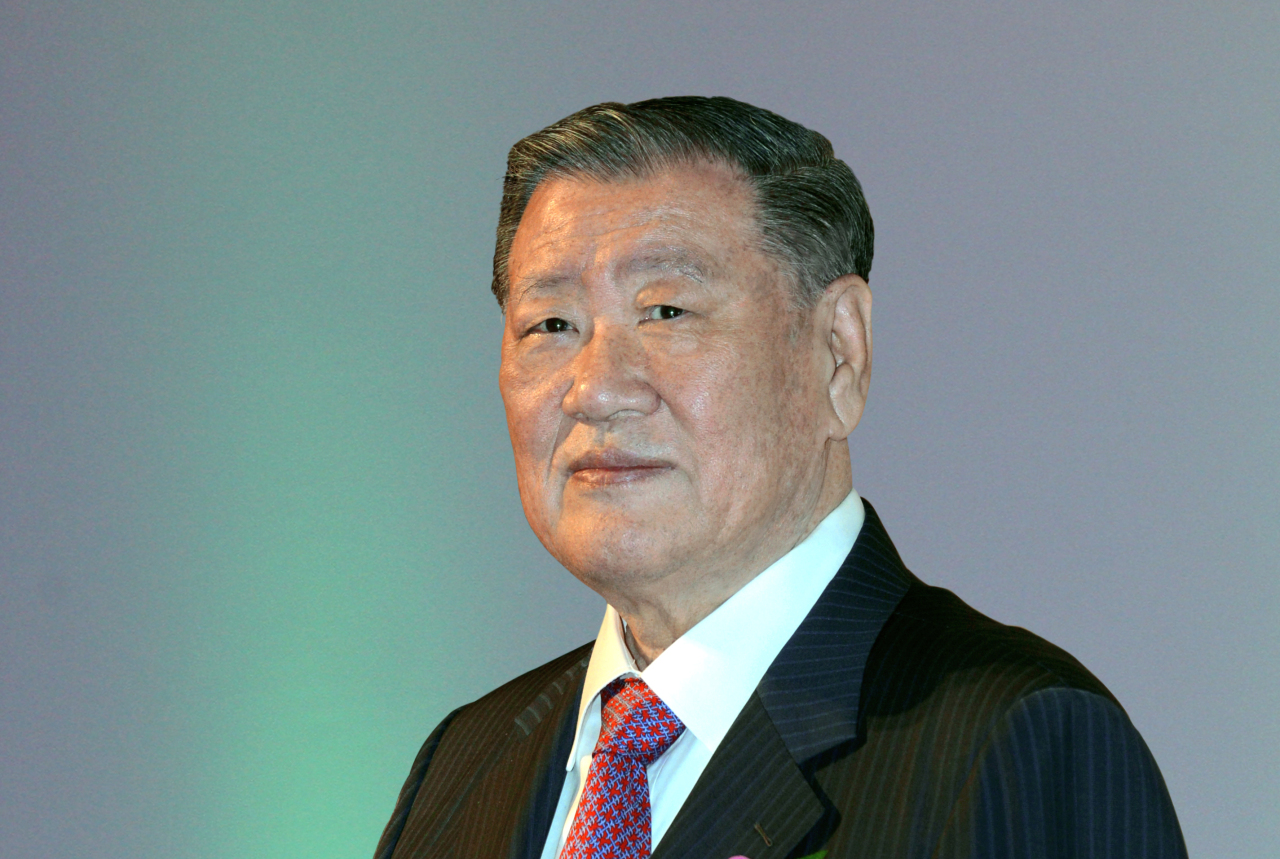 “I decided to donate the money to build a vaccine research center as a means to give back to everyone who supported Hyundai Motor Group,” Chung was quoted as saying in the group’s statement.

“I’d like to contribute to helping people overcome infectious diseases as well as in bringing back the health and happiness to everyone.”

The funds will be delivered to the Korea University Medical Center and will be spent on the establishment of a vaccine research center and expansion of infrastructure needed to develop homegrown vaccines for infectious diseases in the post COVID-19 era.

A signing ceremony was held at Korea University on Tuesday. In lieu of Chung, his son and current chairman of Hyundai Motor Group, Chung Euisun, attended the event.

Named the “Chung Mong-koo Vaccine Innovation Center,” the institute will be set up inside Korea University’s Jeungneung Campus in northern Seoul. It will open sometime next year.

The center will conduct research on basic sciences related to vaccines and disease treatments. It will be equipped with various research infrastructure so that the establishment can play a pivotal role in the development of new treatments on infectious diseases, the company said.

This is not the first social contribution made by the auto tycoon.

In 2007, Chung contributed 850 billion won of his personal assets to establish the Hyundai Motor Chung Mong-koo Foundation, which promotes arts and culture and provides scholarships to underprivileged students.

He also donated 5 billion won in March to the Asan Medical Center in southern Seoul. The money was used to support talents in the medical circle as well as improve systems and infrastructure there.

In addition, Chung was officially inducted into the US Automotive Hall of Fame, becoming the first Korean to receive the honor.