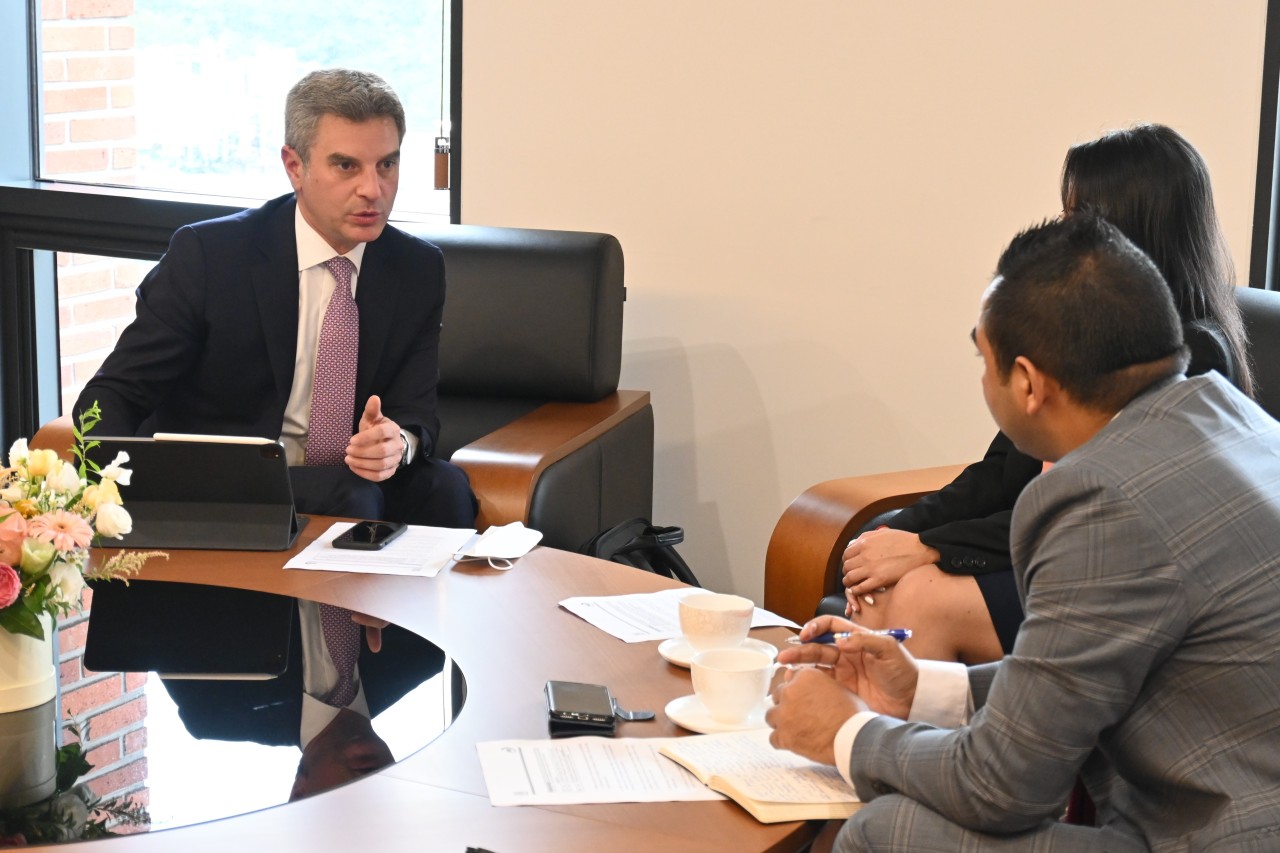 Recognizing that Colombia also had a significant role to play in environmental issues, he said the two countries could work more effectively to achieving their aims if thy worked together

“Colombia and Korea have big responsibility of sustainable development in post-COVID-19, if we have a shared agenda, we can work towards those goals,” Correa said.

Correa said that a memorandum of understanding signed with Korean government would bolster strength to better development and economic growth.

“Fifty-two percent of Colombia is covered by forest and 56 percent lies in Amazonian area, there are lot of opportunities for Korea in carbon market, environmental tourism and green infrastructure,” he said.

He highlighted Colombia’s Nationally Determined Contribution in December 2020 to decrease 51 percent greenhouse emissions by 2030, the most ambitious goal in Latin America and among other countries of the world.

“Korea also has big challenges in carbon neutrality, environment protection and sustainable development, Korea is a leader in air quality and hence, both countries can work together on conservation, use of biodiversity and management of air quality,” he said.

He added that Colombia wants to cooperate with Korea for adaptation and mitigation of climate change, and intended to discuss cooperation on water resource management, the circular economy and environment education at the upcoming COP26 conference in Glasgow.

“It’s time for Colombia to work with Korea,” the minister said.