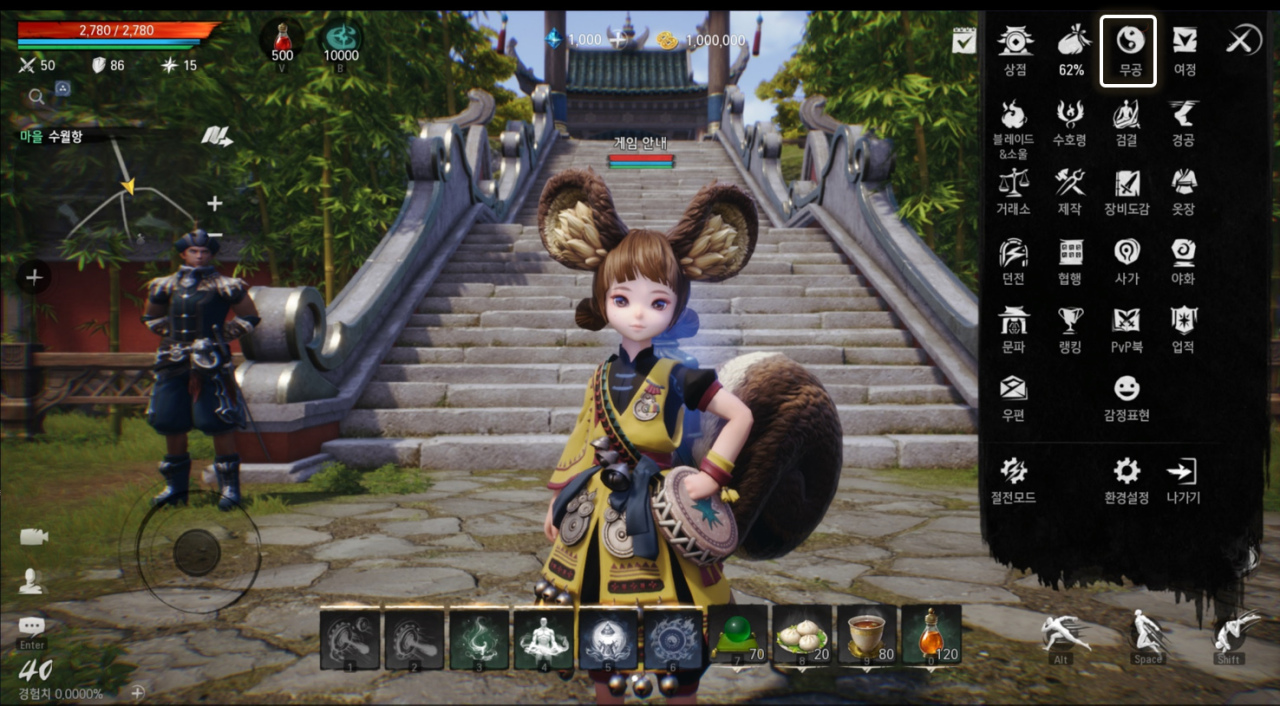 The share price moves of both companies were affected by reactions to their new game titles -- NCSoft’s newly launched mobile role-playing game Blade & Soul 2 and Pearl Abyss’ trailer video for DokeV, an open-world game, whose release date is yet to be announced.

The dramatic drop in the price of NCSoft shares largely reflected investors’ disappointment in Blade & Soul’s commercial potential due to pervasive negative reviews, with a number of Korean players expressing growing frustration with the company’s “disingenuous” attitude.

In contrast, streamers and gamers poured praise on Pearl Abyss’ DokeV, a brightly colored virtual game still in development, citing its clear departure from the battle-oriented RPG set in a Middle Ages background, a typical game template that has been pioneered by NCSoft’s Lineage franchise.

NCSoft’s Blade & Soul 2, a sequel to a well-received Korean fantasy martial-arts RPG that was released in 2012, was widely regarded as a crucial title for the company, which has faced a steady outflow of paying Lineage users.

Recruiting well-known celebrities and popular streamers ahead of the launch, NCSoft raised expectations for the game’s graphics and said there would be less emphasis on paid items and random loot boxes than in the Lineage series.

One YouTube streamer, who had an exclusive question-and-answer session with NCSoft officials, asked key questions about Blade & Soul: Would the game have the “Einhasad’s Grace” buff system -- which lets users gain experience points and in-game currency more quickly, in exchange for a real-world fee -- and a transformation system that boosts character abilities through random loot boxes?

An NCSoft official replied that there would be no Einhasad’s Grace and no character transformation system.

The YouTuber, who specializes in promoting pay-to-win games by showcasing his luck in getting powerful items out of random loot boxes, announced in a recent video that he would “officially retire” if the game is launched with Einhasad’s Grace and a transformation system.

With the launch of the game, the streamer deleted all his videos on Blade & Soul 2 and he posted an apology for his remarks, adding that NCSoft sent him a message to stop the paid promotional videos for Blade & Soul 2.

It turned out that NCSoft did not lie, at least technically, but it should know better than to make misleading statements. Gamers and streamers who ventured out to play the game on Thursday soon discovered that Blade & Soul 2 does not have the Einhasad’s Grace buff system, but still retains nearly the same in-game paid buff system under a different name.

Indeed, there was no transformation system, which was one of the much-criticized in-game systems NCSoft used to get players to spend money. Instead, the new game has a similar character-enhancement system that puts three gear slots on weapons.

Players have to buy in-game money with real cash to roll the dice and strengthen the three-slot weapon, which is much the same as the existing transformation system. Players cannot get many other in-game elements, including virtual pets that directly influence the character’s power balance.

In short, Blade & Soul 2 was essentially a typical pay-to-win game like Lineage, featuring a martial arts design for its characters and backgrounds.

Gamers first expressed their anger toward NCSoft’s false advertisement on social media and online communities, and then started their attacks on streamers who have signed contracts with the company to air promotional videos.

It is common for Korean game developers to pay streamers to play their games for a certain period of time after official launches in order to attract new players and increase revenue. Some streamers devote much of their video to showing how they get items from random loot boxes by spending huge amounts of money, an apparent move to encourage ordinary gamers to follow suit.

In contrast, videos explaining how NCSoft has made one mistake after another, especially its alleged tendency to downplay players, have attracted a huge amount of online traffic.

A streamer known as GodJohnson released a video Thursday about how he deleted Blade & Soul 2 after an initial play, detailing how a former hardcore Lineage player views the new NCSoft game and why it is a typical pay-to-win title with all the usual gimmicks in place to take money from players’ pockets with cash items and random loot boxes. The video has since drawn over 650,000 views.

Kim Seong-hoe, an influential game analyst who runs YouTube channel G Encyclopedia, posted a video on how even core Lineage gamers are getting tired of NCSoft’s continued rollout of expensive paid item packages, while raising questions about whether NCSoft can stage a turnaround with another Lineage installment titled Lineage W, to be launched later this year.

NCSoft, alarmed by its plunging share price and the outpouring of anger from users, quickly announced a plan to fix the buff system in a way that allows players to get tradable items without buying buff items, but reactions from users have remained skeptical, since the company said it would keep the system, instead of deleting it, a move that still favors paying players. 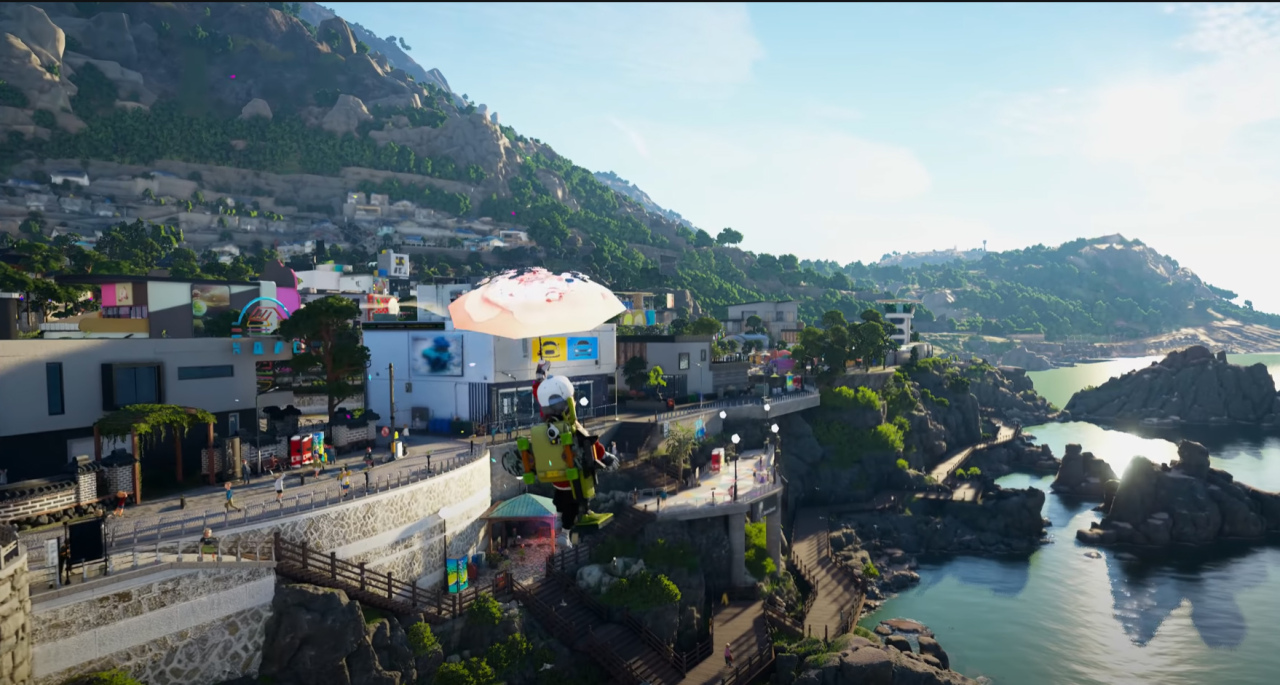 A slew of YouTubers were quick to contrast NCSoft’s Blade & Soul 2 and Pearl Abyss’ DokeV to explain how they are different and why more local game developers should make efforts to create better games that do not rely excessively on extreme pay-to-win schemes that are losing supporters.