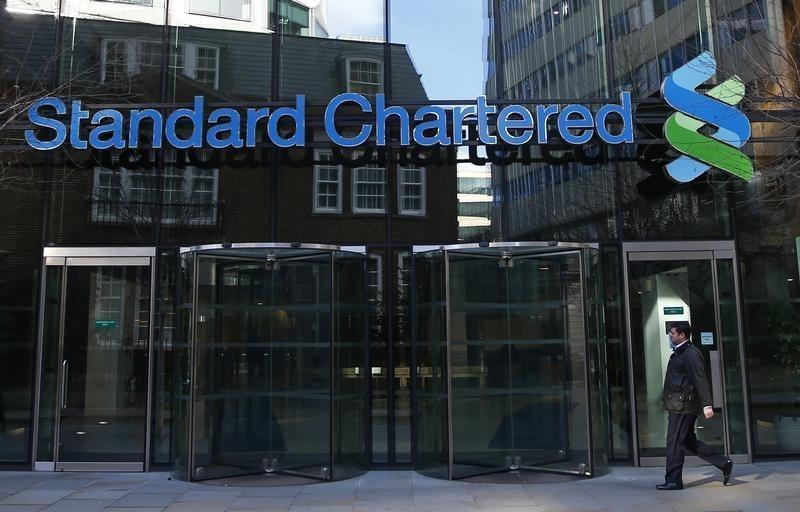 A man walks past the head office of Standard Chartered bank in the City of London February 27, 2015.(Reuters)
Standard Chartered said Monday it has launched a blockchain-based digital trade finance platform through a joint venture with Chinese supply chain financial technology firm Linklogis.

The platform named Olea will be operated by the joint venture headquartered in Singapore, with a goal of bringing together “institutional investors seeking opportunities in an alternative asset class with businesses requiring supply chain financing."

Amelia Ng, an official from SC Ventures, the fintech and ventures unit of the London-based bank will lead the platform as CEO, while Letitia Chau, vice chairman and chief-risk officer of Linklogis will support her as deputy CEO.

“By marrying Standard Chartered’s international trade and risk management expertise and unparalleled knowledge of Asia, Africa and the Middle East with Linklogis’ innovations in supply chain technology, Olea is uniquely positioned to reinvent trade finance and be a force for good,” said Ng in a statement.

Olea is projected to help Standard Chartered in gaining an upper hand in digital trade finance, which refers to an applicative solution for banks seeking to digitally manage events and documentation tied to typical trade finance operations.

Standard Chartered and Linklogis’ partnership dates back to 2019 when they worked together to explore supply chain finance ecosystem.

SC Bank Korea’s net profit for the first half of the year inched up 1.5 percent on-year to 184.8 billion won ($158.6 million), while its operating profit grew 1 percent to 238.9 billion won in the cited period.