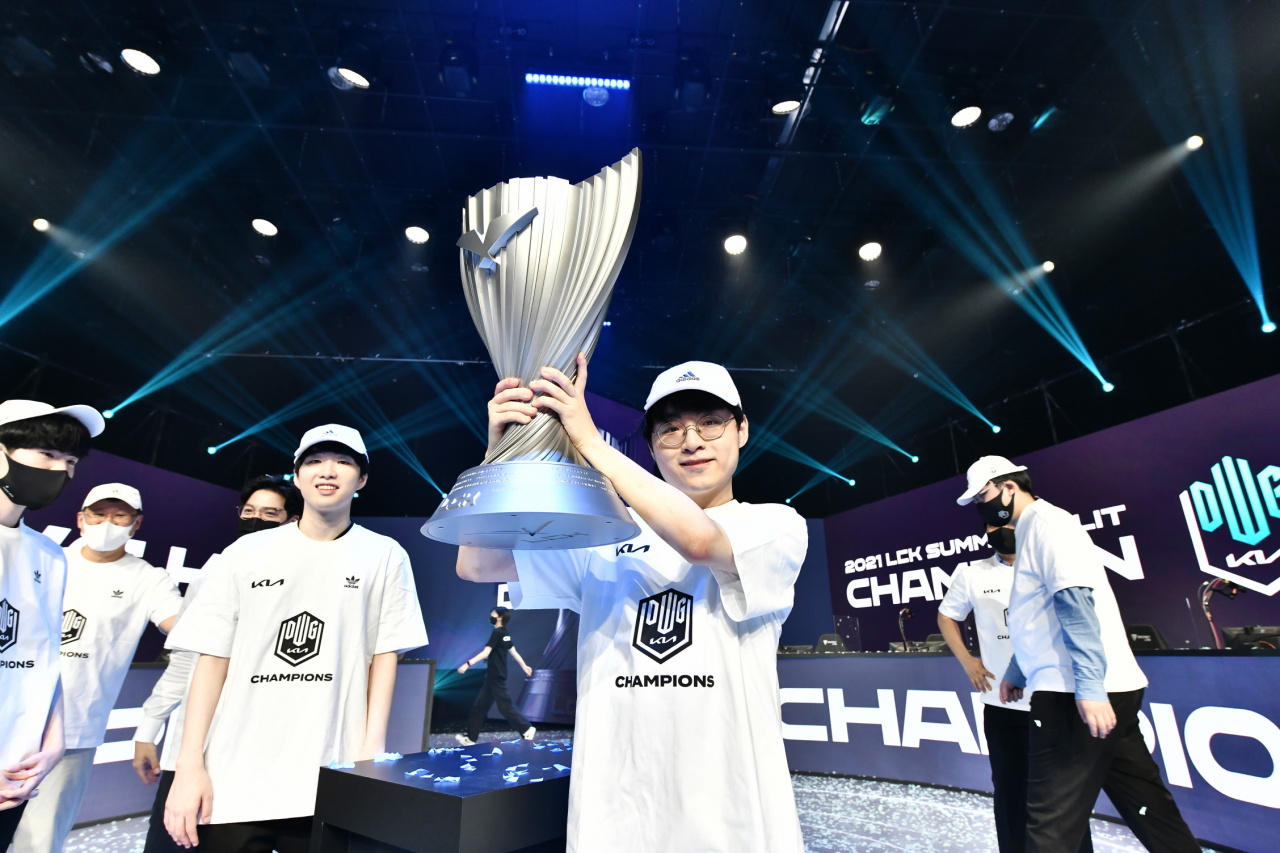 Although Damwon was the clear favorite leading up to the finals, strong performances from both teams in their quarterfinals raised expectations for a competitive match.

Damwon clearly dominated the game, however.

Despite T1’s comeback on the third game, Damwon took down the challenger in a convincing 3-1 victory. 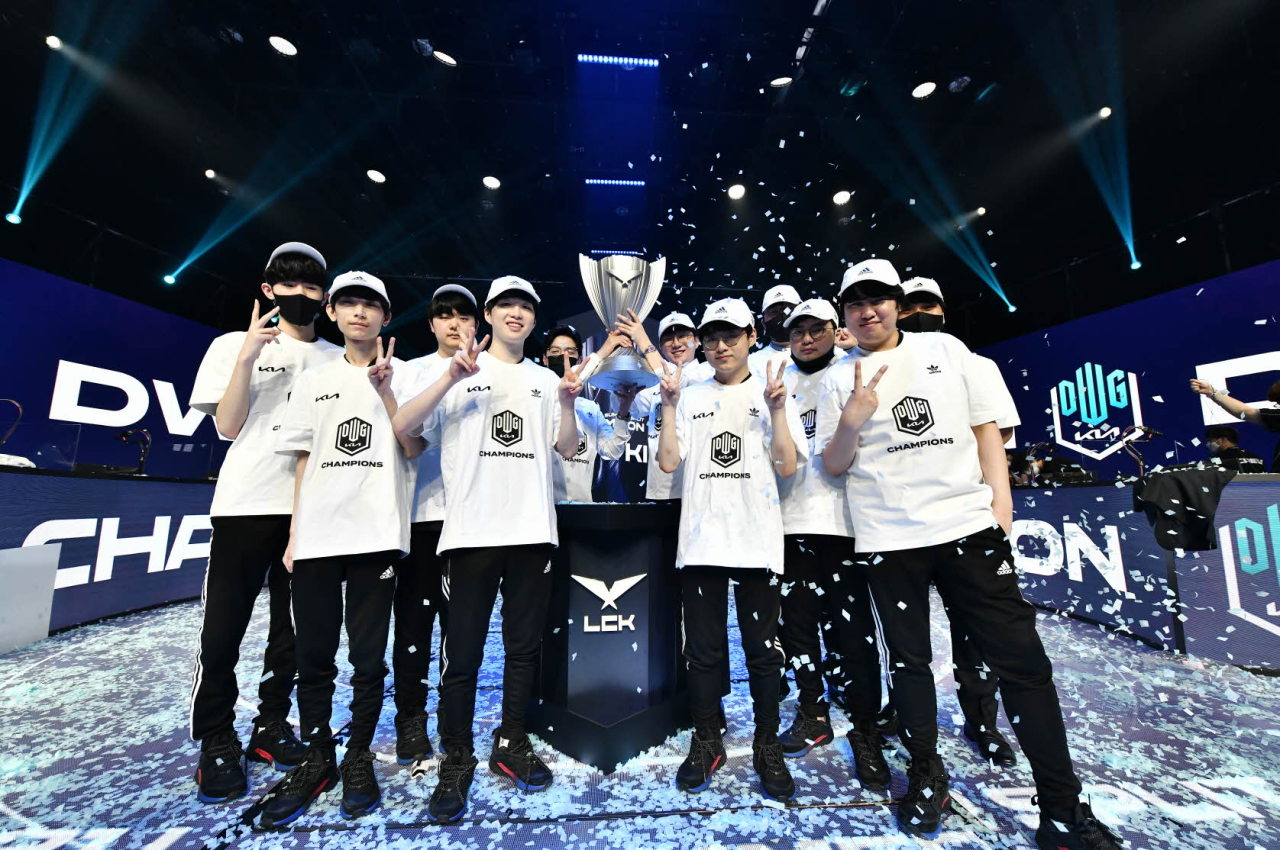 “My individual record may excite the fans, but I am just happy to achieve Damwon’s three consecutive LCK victories,” coach Kim said in an online press conference after the finals.

Damwon’s Heo “Showmaker” Su was named the Finals MVP for his outstanding performance, notching a quadra kill in the last game.

When asked how it felt to win the finals against the top-ranked mid-laners -- Jeong “Chovy” Ji-hoon in 2020 summer, Kwak “BDD” Bo-seong in 2021 spring and Lee “Faker” Sang-hyeok in 2021 summer -- Showmaker struck a humble note.

“All of them were amazing players. They are the big names, including myself, when people ask about who is the best mid-laner in LCK. So it was a great honor and playing against them in the highest stage was very meaningful,” Showmaker told The Korea Herald on Saturday.

The winners took the time to thank the fans and shared their plans for the future.

“I am confident that our team, with thorough preparation, can win the World Championship again this year. I will put utmost efforts to achieve this goal,” coach Kim said.