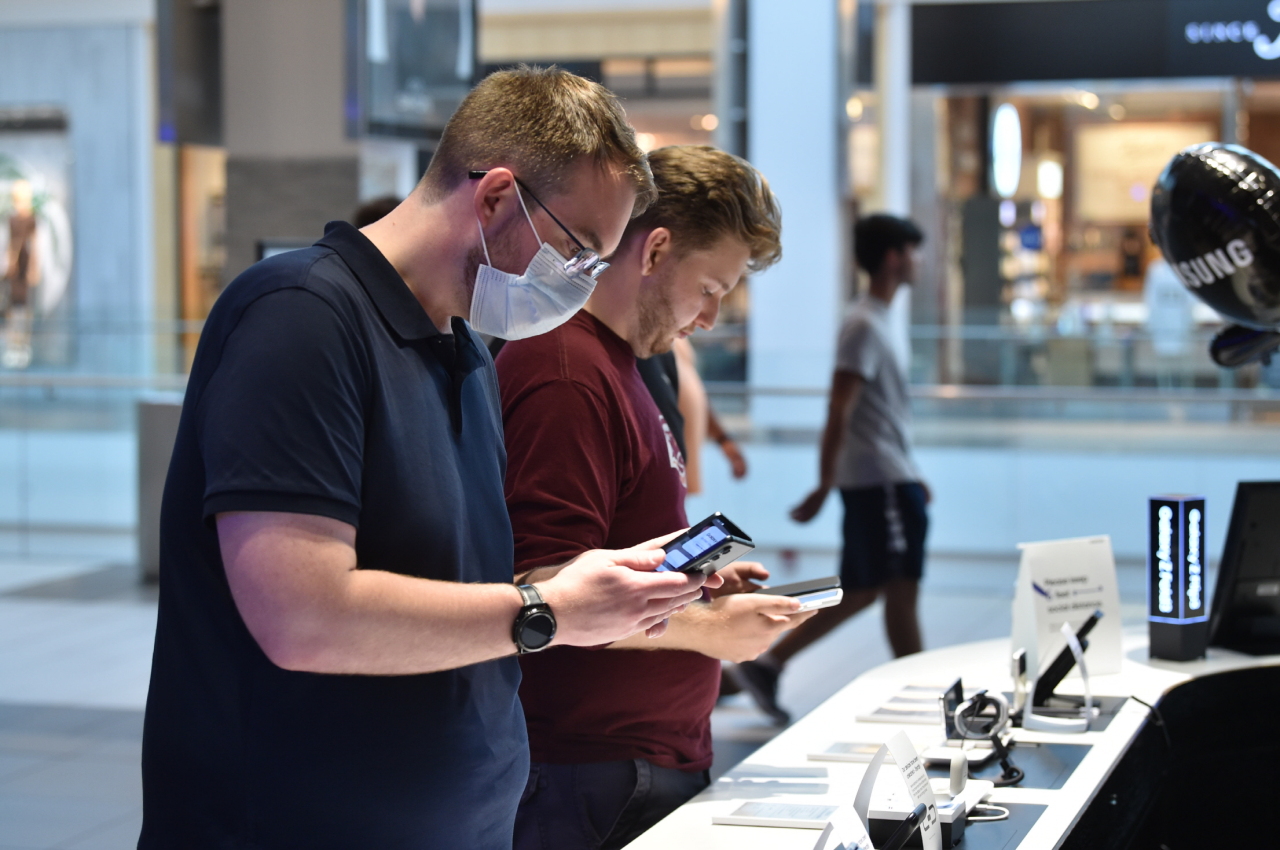 The company announced Friday, that it was rolling out its latest foldable smartphones series in 40 countries including South Korea, the United States, Canada, the United Kingdom and France.

The products will be available in 130 countries by October, Samsung said.

Presales were strong around the globe, the company said. Total preorders logged in 70 countries greatly surpassed that of its previous foldable phones.

In the United States, reservations for the two foldable smartphones surpassed the total units of Galaxy Z series sold this year. In India, presales of the latest Galaxy Z series were close to triple that of the popular Galaxy Note20 on Tuesday, the first day of preorders.

Samsung said it would provide various promotional benefits to customers in South Korea who purchase their latest Z series phones by Sept. 30, to commemorate the product’s official global release.

Customers in Korea who purchase phones from the new Galaxy Z series can receive a 100,000 won coupon which can be used to purchase other products at Samsung stores, or a 1-year membership to the “Samsung Care Plus” warranty service.