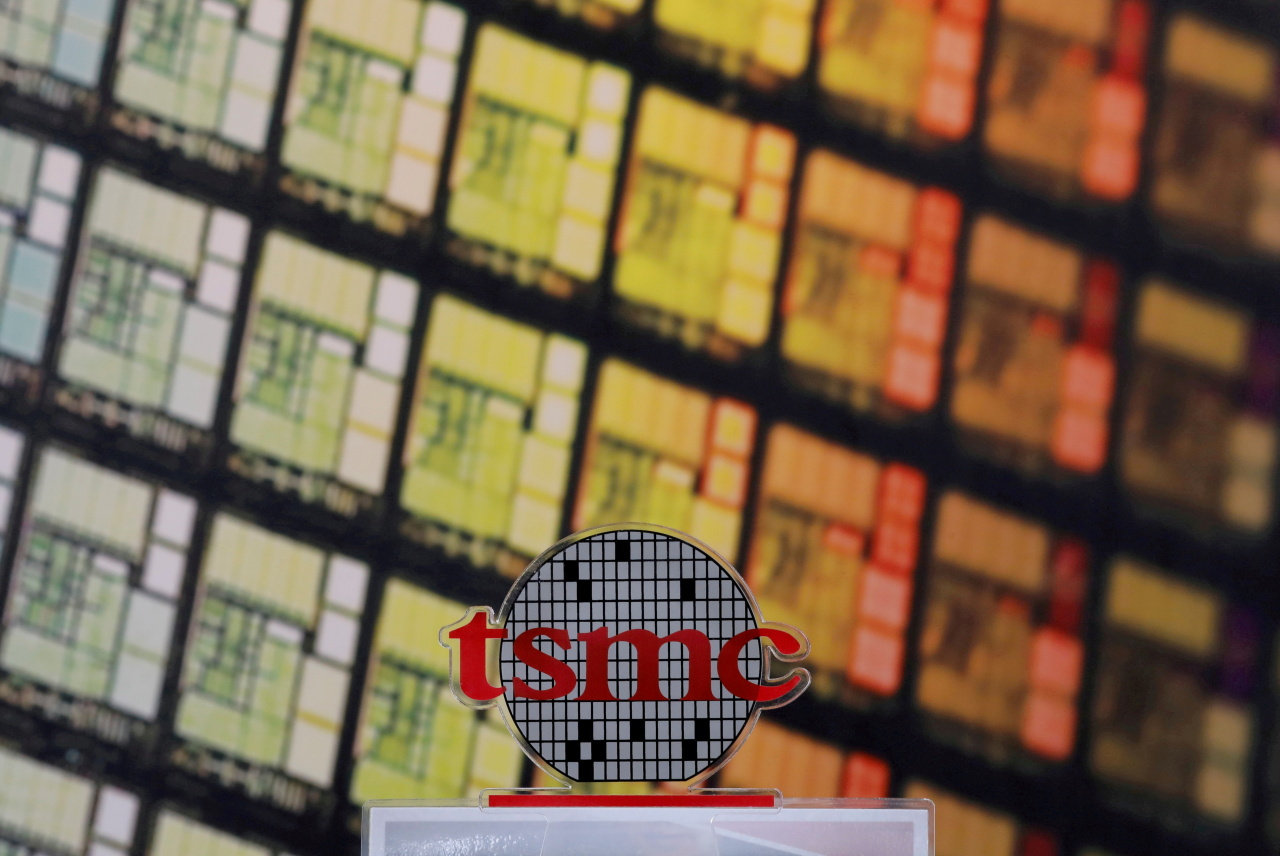 A logo of Taiwan Semiconductor Manufacturing Co. (TSMC) is seen at its headquarters in Hsinchu, Taiwan Aug. 31, 2018. (Yonhap-Reuters)
TAIPEI (AFP) -- Taiwan will tighten its laws in an effort to fight talent poaching and intellectual property theft from its lucrative tech industry by China, officials said Thursday.

The planned amendment to the island's national security act will make economic espionage a crime punishable by a jail term of between five to 12 years.

It aims to protect "trade secrets in key technologies" from being poached by China or other "hostile external forces", the justice ministry said.

The Mainland Affairs Council (MAC), Taiwan's top China policy-making body, said it was also planning to revise the law to try and stop the island losing top talent to firms on the mainland.

"This is to prevent the outflow of our high-tech and semiconductor talents and technologies as well as Chinese investors from attempting to evade scrutiny to illegally invest in Taiwan," MAC spokesman Chiu Chui-cheng told a virtual press conference.

Taiwan's chip foundries churn out some of the world's most advanced and smallest microchips, with local firms Taiwan Semiconductor Manufacturing Co (TSMC) and electronics giant Foxconn both key suppliers to Apple.

Mainland China on the other hand suffers from an acute shortage in advanced microchips following a US ban on many such sales to the country.

Several recent cases have renewed concerns in Taiwan over the loss of local talent and unauthorised investments by Chinese firms in the island's tech sector.

Prosecutors in northern Hsinchu county Monday indicted five people for illegally receiving nearly $19 million from a Chinese electronics firm to set up a company in a local science park.

In a separate case, prosecutors in New Taipei City gave a suspended indictment to four people accused of talent poaching on behalf of Chinese and Hong Kong companies.

The four had allegedly recruited over 100 engineers for Beijing-based Bitmain Technologies to design chips used in cryptocurrency mining.

Prosecutors cited insufficient evidence to charge them under the Trade Secrets Act and instead imposed a fine of around $11,000 each under a cross-strait act.