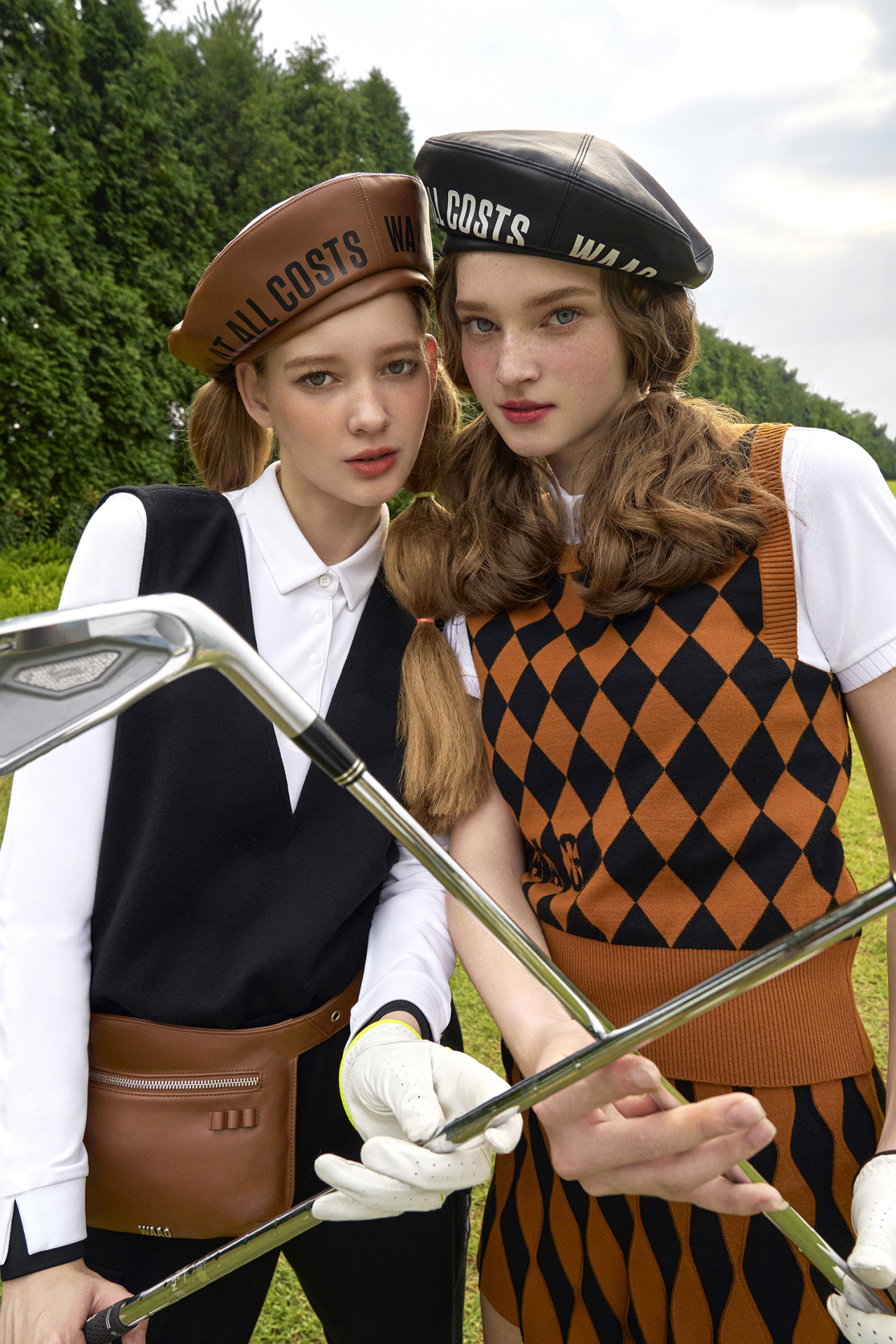 Models wear items from the fall-winter range from WAAC, a golfware brand from Kolon FnC targeting young customers. (Kolon FnC)
Five months after taking up the sport, Kim Arum finds herself more frequently at golf ranges -- real or virtual -- than at restaurants or cafes.

She often hangs out with friends on the green, practices almost every other day at an indoor golf studio after work and splurges on golf hats, golf shirts and pants. It has become her favorite pastime these days, said Kim, who works at a TV station in Seoul.

While many indoor sports suffered a blow from the virus crisis, this particular one has found a new life, particularly among Millennials and Generation Z.

According to the Korea Leisure Industry Institute, the number of people in their 20s who visited a golf course at least once last year is estimated to have jumped by 92 percent from a year earlier. Among the 30s, the number rose by 31 percent.

The institute estimates up to 1.2 million people in this age demographic will play golf at least once next year. 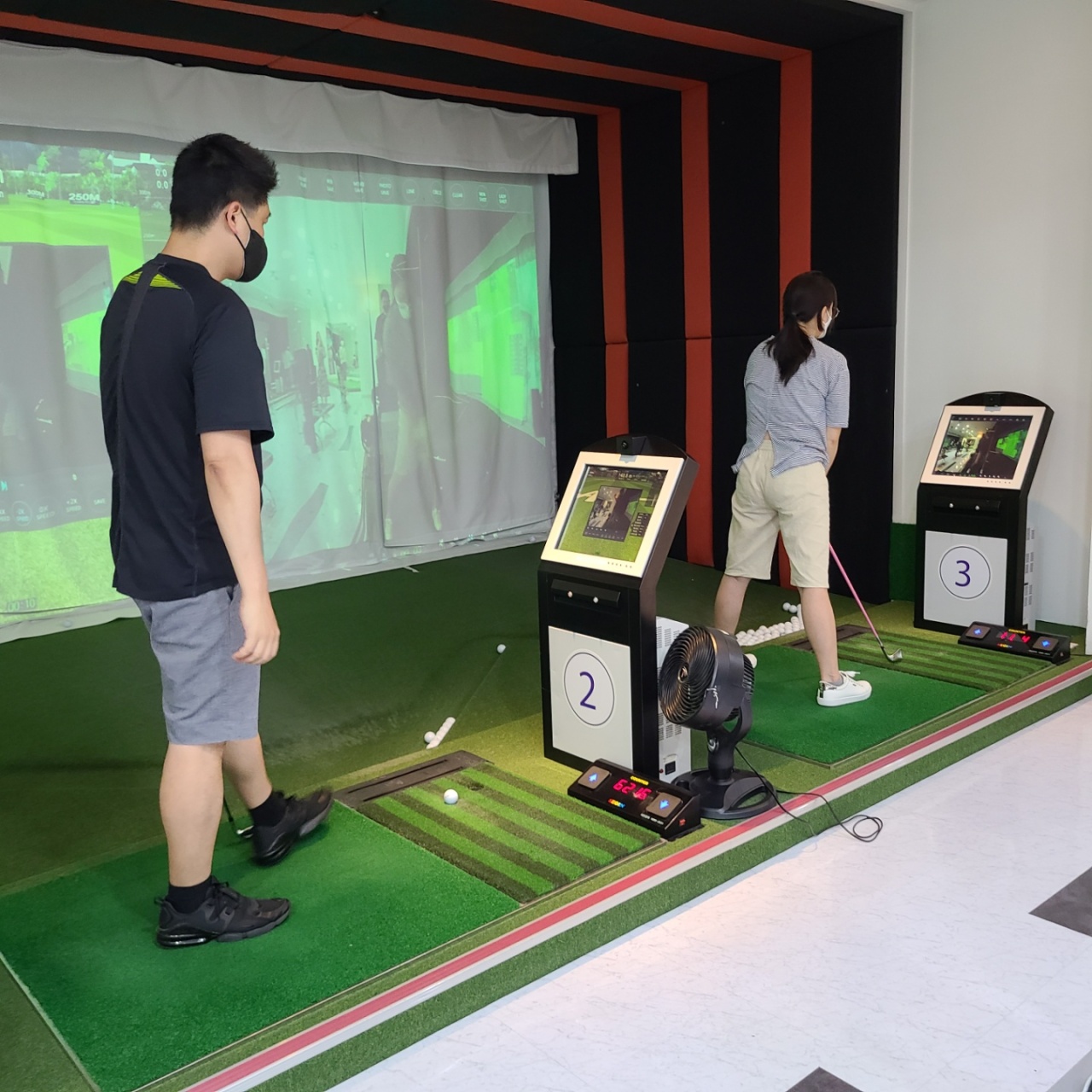 The biggest reason for the rising popularity of golf among the youth: Simulated golf games offered at “screen golf” studios that can be found in any neighborhood in Seoul and other major cities.

The contactless trend sparked by the pandemic also had an effect.

“You don’t need friends to play screen golf and young people are used to gaming culture, which is pretty much the idea of screen golf.”

The widely-accessible screen golf is what led Kim So-hyeon to fall in love with the sport itself.

The 26-year-old got into golf after hanging out with her friends at a screen golf room early this year. Now she’s hitting balls at outdoor fields two to three times every week.

The two facilities he manages -- one in Gyeonggi Province and the other in Yeoksam-dong, southern Seoul, generated 40 million won in sales last month.

Most of it came from customers in their 20s and 30s, who have newly registered in the past three years. These age groups now account for more than half of the two shops’ membership base, he said.

“My boss told me this was a historic record in monthly sales since he started this business 10 years ago. Our sales have shattered records every month this year,” said Park.

Young golfers have emerged as a key target group for companies in the related business.

Kakao, the company behind the messenger app of the same name, has entered the field, with Kakao VX. The firm is quickly catching up with the market No.1 Golfzon. 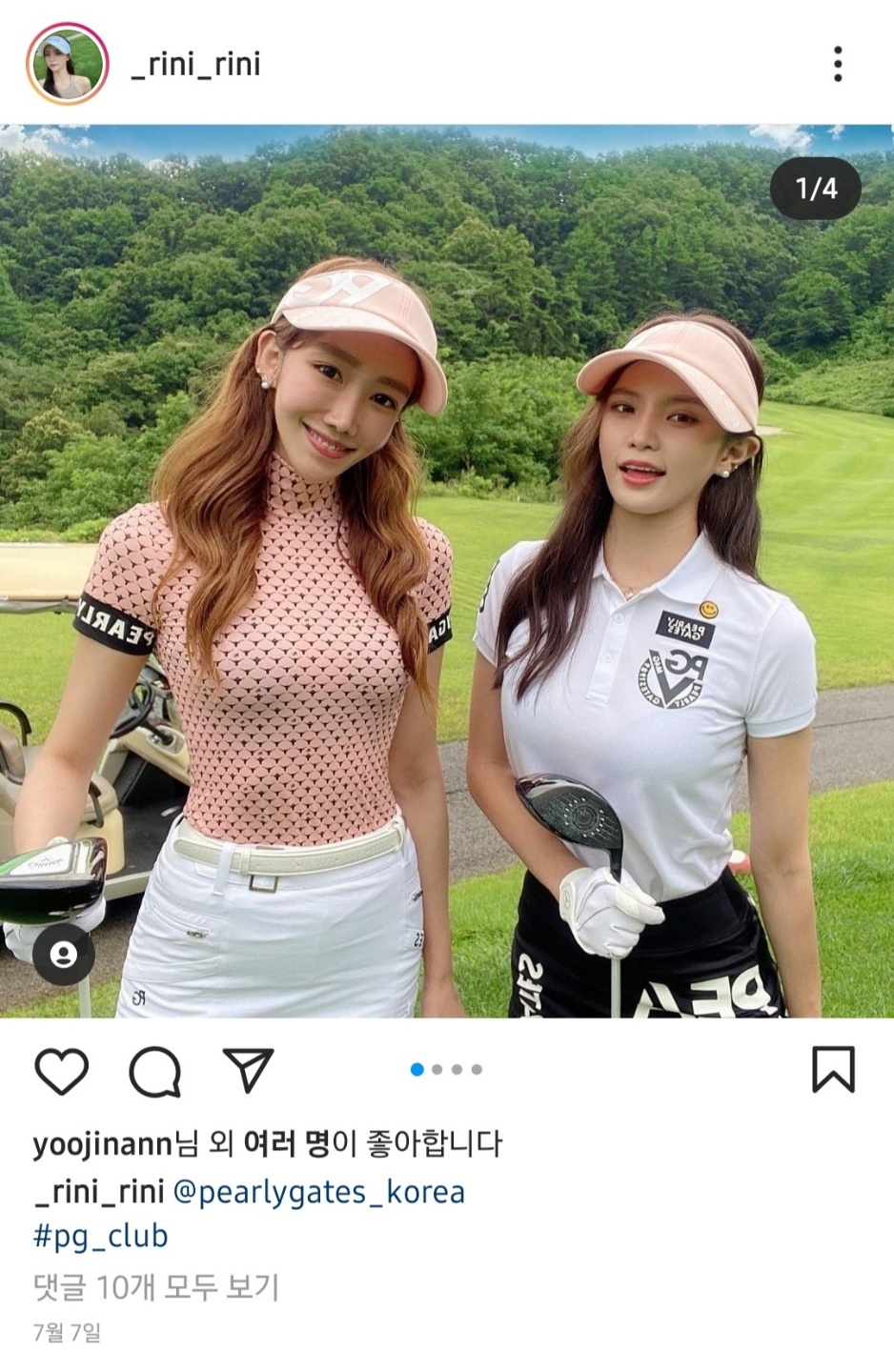 For some young golfers, fashion is also a big part of the golf experience. And fashion brands are adding vibrant colors and unconventional designs to golf wear in an attempt to appeal to younger customers.

“In the past, golf clothes were considered functional clothing. But nowadays, they are a style of their own. It’s becoming hyper-feminine and experimental, almost to the point where older golfers might consider it ‘too much,’” said a spokesperson from Kolon Industries FnC.

Some turn to professional tailors for custom-made golf outfits.

A professional tailor in southern Seoul, who requested to be identified only by his surname Oh, said he had a lot of young customers order bespoke golf clothes and was able to pay off the loss generated from his suit business.

“Tailored golf wear has personality but is more versatile than business suits. I think that’s why young people purchase them, even though they are expensive,” he said.

According to data from the Korea Leisure Industry Institute, the market for golf attire grew 11 percent from the previous year and reached 5.13 trillion won in 2020. This is a 50 percent increase compared to 2016.

Next year it’s projected to grow over 6 trillion won. 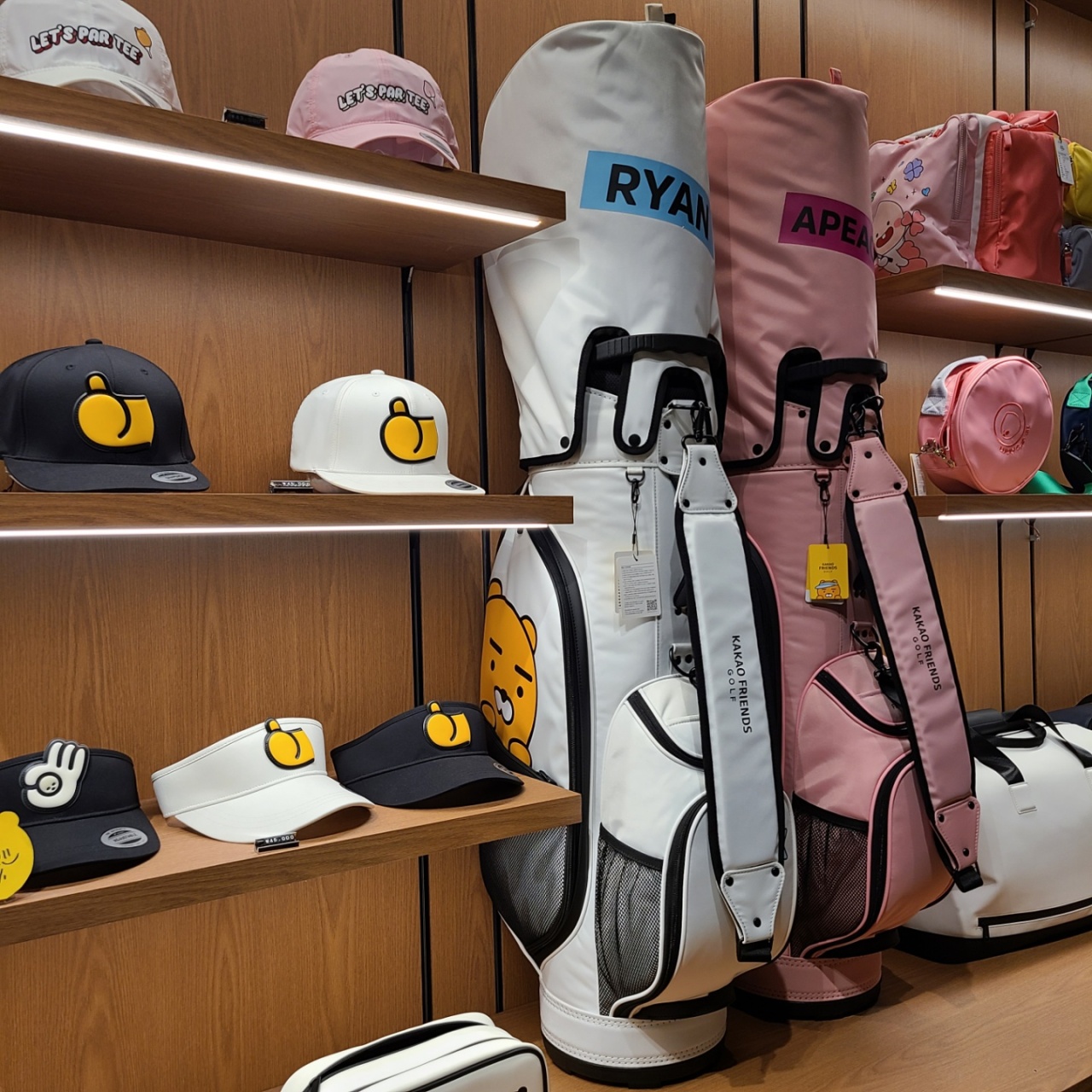 While the prestige associated with golf may have faded away, cost still remains a hurdle for many young golfers like Jeong Deok-young, who studies at Yonsei University.

He does multiple English teaching gigs, but still has to save up money for a few months to afford a round on an outdoor course. The 24-year-old uses reservation apps like Kakao Golf Reservation to search for discounts.

“I think the biggest hurdle is still the cost. It is a lot more expensive then what I was used to in Indonesia. I understand that there’s the difference in labor cost, but it is pretty expensive,” he said.

The average weekday green fee, or the fee paid to use a golf course, in South Korea was 2.3 times that of Japan in 2020. The green fees increased even more during the pandemic, leading some to post a public petition urging golf course businesses to stop raising prices.

Some are concerned of the “Golf Poor” -- people who become poor because they spend too much of their disposable income on the sport -- a byproduct of the “Flex” culture prevalent on social media.

“There are a lot of young customers who rent their homes but come to play golf during the day in our Yeoksam-dong branch. I think we are seeing more and more ‘Golf Poor’ because of social media and the admiration young people have for golfers,” said Park.