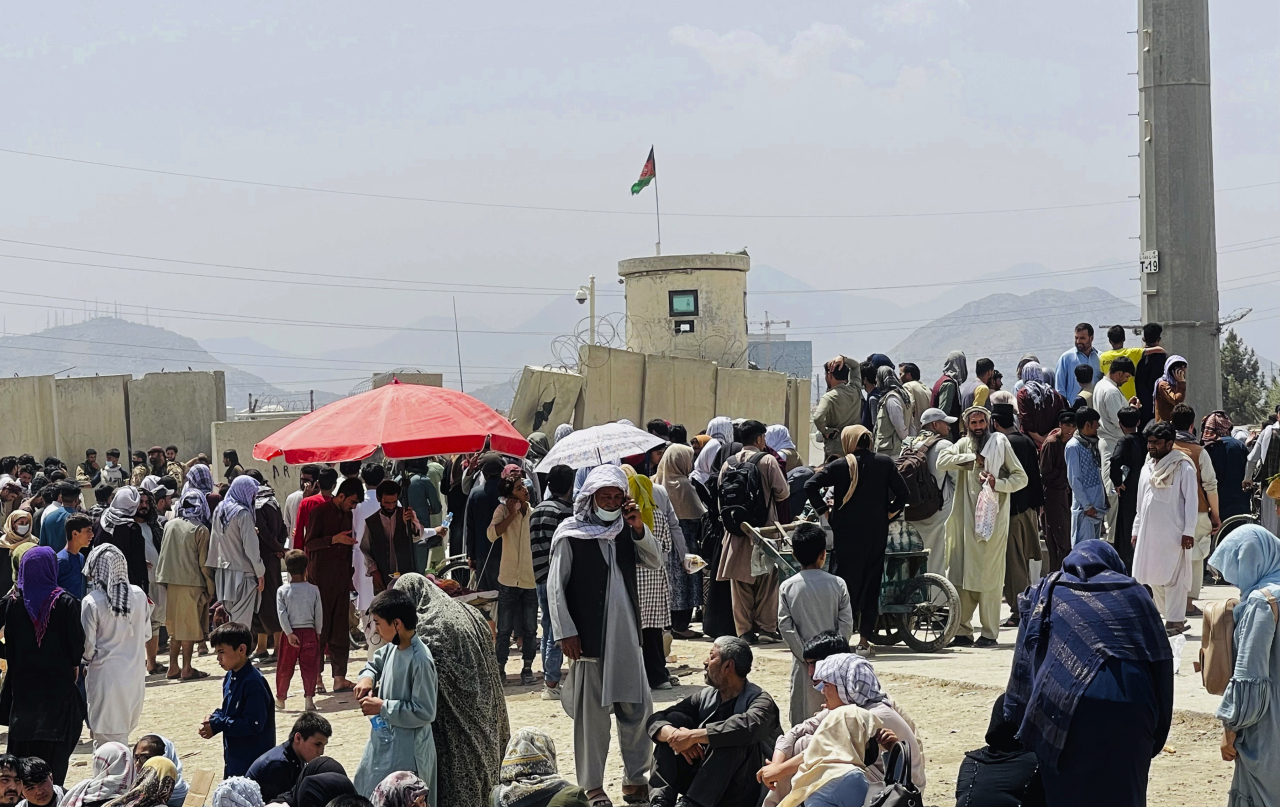 People gather outside the international airport in Kabul, Afghanistan on Aug. 17. (AP-Yonhap)
South Korean military aircraft are carrying out operations to bring to the country Afghan people who aided Seoul's efforts to help rebuild the war-torn nation, the foreign ministry said Tuesday.

Three military planes were sent to Afghanistan and a neighboring country to "bring to South Korea Afghan workers, who supported our government's activities in Afghanistan, and their family members," the ministry said in a text message to reporters.

The Afghan people worked at South Korea's embassy, hospital and job training center for years, the ministry said without providing further details, including the number of Afghan people to be airlifted to South Korea.

The evacuation came after the Taliban's seizure of power amid the ongoing US troop pullout has raised fears of retaliation against Afghans who worked for America and its allied countries.

After the United States engaged in the war on terror in Afghanistan in 2001, South Korea conducted various military and relief operations, including the Provincial Reconstruction Team (PRT) activities from 2010-2014.

Earlier this week, Rep. Song Young-gil, the head of the ruling Democratic Party, said that South Korea should take to Korea some 400 Afghans who joined South Korea's reconstruction efforts in Afghanistan.

His remarks then sparked a debate pitting those favoring the acceptance of Afghan escapees in line with the country's enhanced national stature against those raising potential security and other risks. (Yonhap)